DOMINIC LAWSON: Scientists as adept as politicians at dodging blame

DOMINIC LAWSON: Scientists are as adept as politicians at dodging blame on the coronavirus

We have become used to the sight of politicians fighting like ferrets in a bag to ensure it is their rivals, and not they, who take the blame for any blunders in the battle against the coronavirus.

But the scientists, too, have their egos and reputations to protect.

Last week, the distinguished medical researcher and head of the Wellcome Trust, Sir Jeremy Farrar, published his own account of the fight against Covid-19 (Spike: The Virus Vs. The People).

In it, he blames The Lancet, perhaps the world’s best-known medical journal, for delaying publication of a crucial piece of research — the first to suggest that a novel and potentially lethal virus was spreading from human to human in the Chinese city of Wuhan.

A Dutch professor, Thijs Kuiken, had been sent the paper on January 16, 2020, by The Lancet for review, and once he realised the astounding implications of its findings, he urged The Lancet to publish immediately.

When, for unexplained reasons, it wouldn’t, he contacted Farrar, who reveals that he both emailed and texted The Lancet’s editor-in-chief, Dr Richard Horton — but got no response. 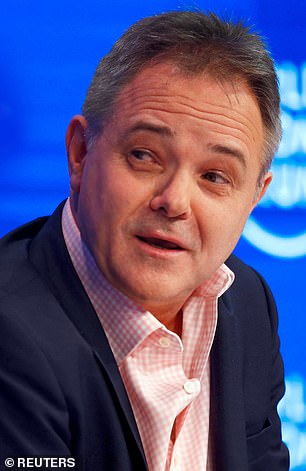 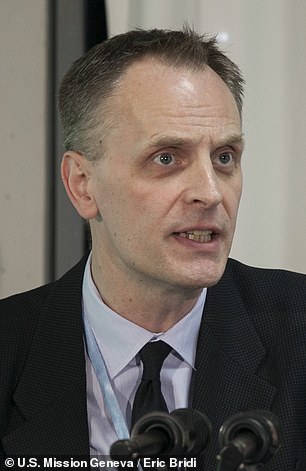 Last week, medical researcher and head of the Wellcome Trust, Sir Jeremy Farrar (left), published his own account of the fight against Covid-19 in which he blames The Lancet (editor-in-chief Dr Richard Horton, right) for delaying publication of a crucial piece of research 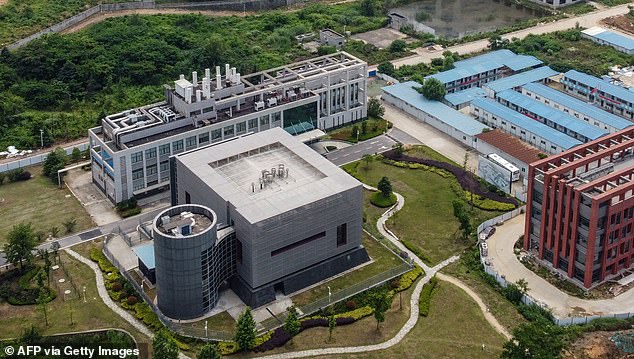 The WHO chief was concerned to establish whether, in fact, the pandemic was started by a leak from the Wuhan Institute of Virology (pictured)

Exasperated, Farrar contacted the World Health Organisation about the research, which he called ‘the reddest in a constellation of red flags’: a day later, China conceded that, despite their earlier denials and obfuscation, there was indeed a novel coronavirus infecting innumerable people in Wuhan.

And Horton continued, at least for a while, to downplay the coronavirus. In an editorial on January 24, 2020, for The Lancet (of which he has been editor-in-chief since 1995) Horton denounced ‘news media that worsen fears by reporting a “killer virus” ’. He tweeted the same day that, ‘there is no reason to foster panic with exaggerated language’.

As it happens, the biggest unnecessary panic in this country to have been generated by the dissemination of medical research was when, in 1998, The Lancet published a spurious paper, based on rigged experiments, by Andrew Wakefield, linking the MMR vaccine with autism in children. 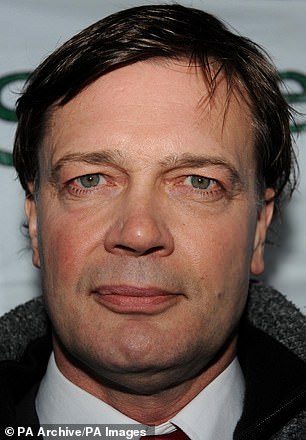 The Lancet published a spurious paper, based on rigged experiments, by Andrew Wakefield (pictured), linking the MMR vaccine with autism in children

Wakefield had skilfully disguised his chicanery, but, still, the journal didn’t withdraw the paper until 2010, just before its author was struck off the medical register.

In the case of the stalled coronavirus paper, Horton does seem to have been unwilling to cross the Chinese authorities. Not only has he broadcast on the Chinese state media, eulogising their performance over the virus, in 2015 he was presented with the Friendship Award, the Chinese government’s top honour for foreigners.

And in 2017, Horton published a bizarre editorial beginning with a respectful reference to President Xi Jinping’s address to the 19th National Congress of the Communist Party of China and going on to endorse a paper entitled A Marxist View Of Medical Care.

Two years earlier, Horton had written another Lancet editorial, concluding with the acclamation: ‘China’s emphasis on friendship, and the free flow of critical ideas that such friendship encourages, might offer lessons to other nations about how scientific co-operation can accelerate social and political change.’

The idea that the secretive and hyper-sensitive Communist regime in Beijing can teach the West about the ‘free flow of critical ideas’ is beyond parody.

It is in the matter of the origins of Covid-19 that the truth of this has become most evident. Even the head of the WHO, Tedros Ghebreyesus, usually courteous bordering deferential to Beijing, lost his patience a fortnight ago and declared he was now ‘asking, actually, China to be transparent, open and co-operate, especially on the information [of] raw data that we asked for at the start of the pandemic’.

Specifically, the WHO chief was concerned to establish whether, in fact, the pandemic was started by a leak from the Wuhan Institute of Virology, home to the world’s largest collection of bat coronavirus samples: ‘I was a lab technician myself. I’m an immunologist and I have worked in the lab, and lab accidents happen. It’s common …We hope there will be better co-operation to get to the bottom of what happened.’ 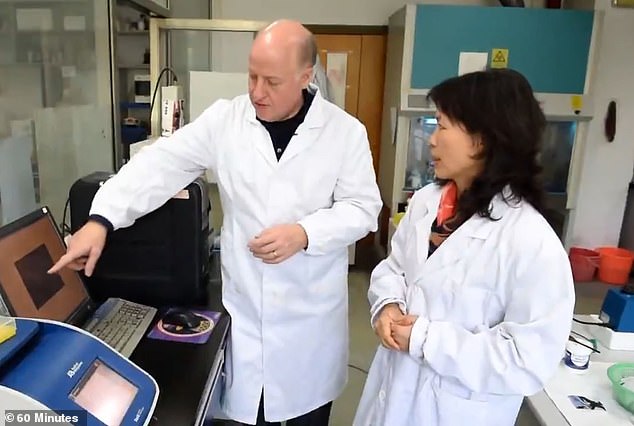 Peter Daszak (pictured at the lab in 2020) had close links with the Wuhan Institute of Virology, and over many years directed funding towards its research into coronaviruses

Surprise, surprise: it was The Lancet which had led an attempt to shut down the debate on the origins of the human infection from the novel coronavirus.

In February 2020, it published a round robin letter signed by 27 ‘public health scientists’, denouncing ‘conspiracy theories suggesting that Covid-19 does not have a natural origin’.

The letter concluded: ‘We invite others to join us in supporting the scientists, public health officials and medical professionals of Wuhan and across China.’

Those ‘conspiracy theories’ were especially rife among people associated with the then U.S. president, Donald Trump.

The letter was co-ordinated (and signed by) Peter Daszak, who had been appointed by Horton to lead The Lancet’s task force looking into the virus’s origins. In fact, Daszak, a Briton, had close links with the Wuhan Institute of Virology, and over many years directed funding towards its research into coronaviruses. Yet it was not revealed that Daszak was the man who had corralled the other signatories.

One of those signatories was . . . Sir Jeremy Farrar. He doesn’t mention this in his new book. He does, however, recount what he calls a ‘bombshell’ moment.

‘I remember sitting in the kitchen with my wife Christine, and saying: “This looks like an engineered virus. It could be a lab accident — or worse.” ’

That memorable moment in the Farrar kitchen was in the last week of January 2020 and, partly in the light of his concerns, the British Government investigated, as best it could, the case that Covid-19 had been ‘engineered’.

It was not until March 17 that it concluded there was no obvious evidence for ‘human manipulation’. 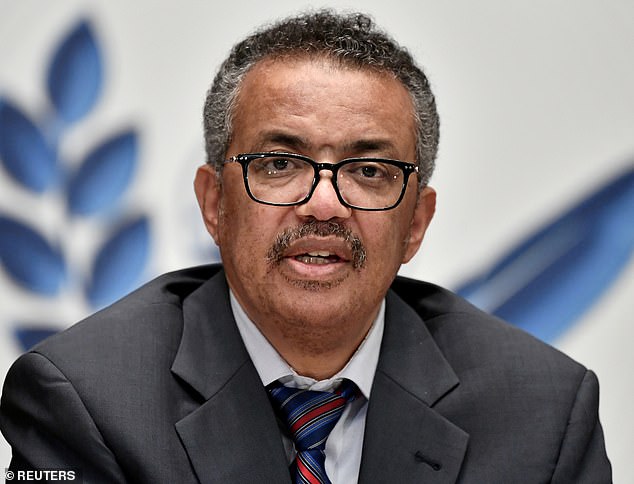 Even the head of the WHO, Tedros Ghebreyesus, usually courteous bordering deferential to Beijing, lost his patience a fortnight ago

Why, then, did Farrar sign The Lancet letter denouncing the idea before knowing the outcome of that Government investigation into the matter? He was the most illustrious signatory, and it did succeed in shutting down the debate, at least in the sense that organisations such as Facebook would go on to remove from its apps claims of human involvement in the unleashing of Covid-19.

There is a big difference between claims that Covid-19 was ‘engineered’ and that it leaked from the Wuhan lnstitute of Virology in an accident. The ingenuity of The Lancet letter, signed by Farrar et al, was that it somehow conflated the two as the same ‘conspiracy theory’.

As the WHO chief pointed out, you don’t have to be a conspiracy theorist to take seriously the idea of an accidental (but world-shattering) lab leak.

The last occurrence of foot-and-mouth disease in this country, in 2007, was as a result of a leak from the laboratories of the Institute of Animal Health in Pirbright, just a few miles from where the outbreak was discovered on two farms.

The then Agriculture Minister, Hilary Benn, declared: ‘There can be no excuse for the fact that foot-and-mouth escaped from the Pirbright lab. It must not happen again.’

But you can see why distinguished medical researchers such as Sir Jeremy Farrar (even though, unlike Daszak, he had no direct link with the Wuhan Institute of Virology) were so concerned about the consequences if the public were to believe that Covid-19 had emerged as a result of the work of scientists.

It could have shattered the reputation of the entire advanced medical research profession globally. It would have been the scientists, and not the politicians (about whom Farrar is consistently critical in his book), charged with infamy and incompetence.

That would not have been a good thing, especially as it is British medical researchers, with Farrar’s involvement, who have done so much to improve the treatment of Covid-19.

But let’s not forget that the medical establishment has its own political prejudices, too: and it certainly seemed to prefer Beijing to the conspiracy theorist then in the White House.