Leave it to Emily Ratajkowski to make the Canadian tuxedo sexy.

The model, 29, stepped out in NYC on Wednesday and later attended the Knicks vs. Atlanta Hawks basketball game at Madison Square Garden in a seemingly Mario Brothers-inspired outfit.

Emrata and husband Sebastian Bear-McClard — who sat courtside without 3-month-old baby Sylvester — weren’t the only famous faces present for Game 5 of the NBA playoffs.

Superfan Spike Lee was also in attendance as usual, as were Chris Rock, Tracy Morgan and “SVU” actress Mariska Hargitay. 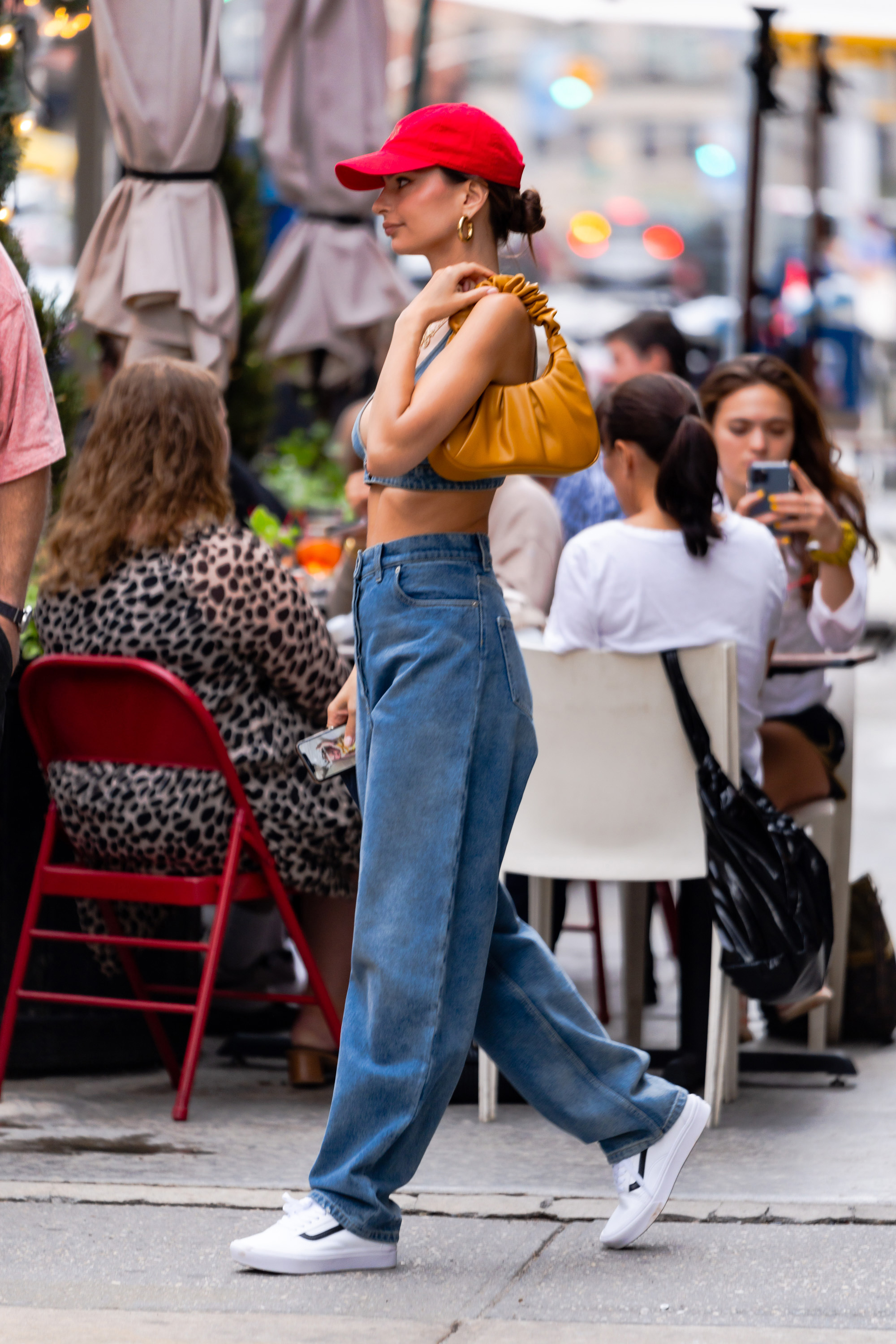 While the Knicks ultimately lost to the Hawks, Ratajkowski still had something to celebrate; the model’s first non-fungible token (NFT), titled “Buying Myself Back: A Model for Redistribution,” recently fetched $140,000 at auction.

The mystery buyer won digital ownership of an image of Ratajkowski standing in front of one of her old Instagram posts, which was co-opted by artist Richard Prince for his own series.