A spike in household bills is being touted as a risk of the energy market reforms proposed to reduce the risk of blackouts, as lower cost renewables pour into the grid and threaten to force the early closure of coal-fired power plants.

The Commonwealth’s advisory body the Energy Security Board has issued its final recommendations from a long-running report on the future of the National Electricity Market (NEM) and called for a capacity market that would make retailers pay generators to have sufficient dispatchable capacity on standby to fill gaps in supply. 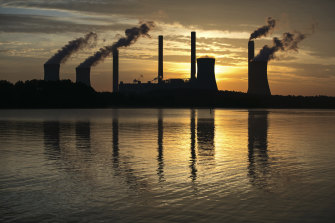 Conjecture is mounting over the impact of a potential reform to the national energy market. Credit:AP

A report by Johanna Bowyer of the Institute of Energy Economics and Financial Analysis found that power bills in Sydney and Melbourne could rise by $182 to $430 a year, a claim disputed by federal Energy Minister Angus Taylor.

Ms Bowyer and co-author Tristan Edis analysed the Western Australian energy market that currently has a capacity market in place and said, based on its price for dispatchable capacity, the cost to the NEM would be between $2.9 billion to $6.9 billion each year.

They said these potential power bill costs were less than the Australian Competition and Consumer Commission’s 2015 finding on additional power bill costs under an economy-wide carbon price, which were $129 for NSW households and $112 for Victorian.

Dispatchable power is ready energy, from pumped hydro, batteries, and some types of gas and coal plants, that fill gaps in supply to the grid that can occur when the wind isn’t blowing or sun isn’t shining.

Energy Security Board chair Kerry Schott has said the economics of coal power means that not only will no new plants be built, but there is an imminent risk that due to competition from renewables, unexpected and early closures will create gaps in energy supply.

Mr Taylor has endorsed a capacity market and the major market change as a necessary measure to ensure there is a sufficient financial incentive for private companies to invest in new dispatchable power generation.

A spokesperson for Mr Taylor criticised the Institute’s report and said when the capacity from the Hazelwood coal plant was suddenly lost in 2017 prices “skyrocketed”, and a capacity market reform would deliver investment signals needed to secure future investment to replace dispatchable capacity in the future.

The design of the proposed capacity market has not been finalised. Reforms to the NEM must be agreed between state and federal energy ministers and any changes are set to be controversial.

Costings of a capacity market from the government have not been published and speculation is rife among stakeholders. Consumer groups have opposed a capacity payment, and environmental groups argue the payment for dispatchable power will unnecessarily prop up coal-fired power plants.

Mr Taylor said in April that under a capacity market it would be left to private businesses to determine the mix of coal, batteries, hydro and gas that are invested in to back up renewables.

Mr Edis said there’s already sufficient dispatchable capacity due to enter the grid, with 6,500 megawatts of dispatchable capacity to be added over the period 2017 and 2027, while peak demand on the grid is not expected to rise significantly in that period. Coal plants scheduled for closure soon after that period are Vales Point, Yallourn and Callide B, which would remove a combined 3440 megawatts.