Even Wimbledon’s joined the rush to smash family values

PETER HITCHENS: Even Wimbledon’s joined the rush to smash family values by stopping female players being called ‘Mrs’ or ‘Miss’

Nobody seems to have asked for it. No real reason was given for it. But female players at Wimbledon will no longer be referred to as ‘Mrs’ or ‘Miss’ by the umpires. It will just be bare, unadorned surnames.

Why is this small thing so dispiriting? Because it is by a thousand such small things, imposed by faceless people, impossible to prevent, that our world is being changed beyond all recognition.

But you didn’t start it. They did. And see the expression that comes over their faces if you accuse them of obsessing over trifles. And that is why it should matter to you. These titles symbolise a great deal. 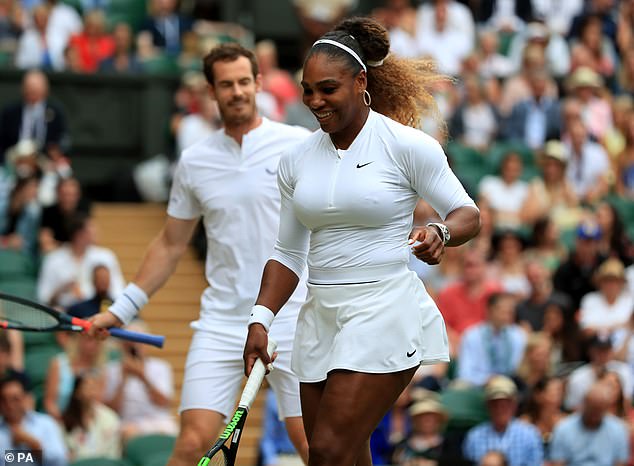 Wimbledon has done away with titles for women so married Serena Williams, pictured playing mixed doubles with Andy Murray, is not referred to as Ms or Mrs 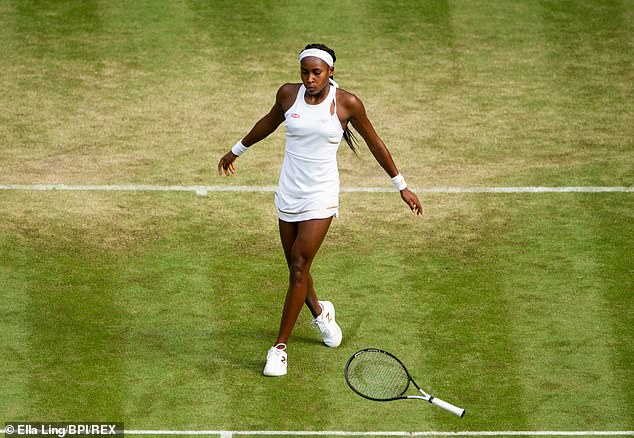 Likewise Coco Gauff, pictured on Friday, is not referred to as Miss anymore by umpires

Above all, they refer to the distinction, once enormously important but now more or less abolished, between those who were married and those who are not.

The force behind this is the same force that caused the British State to seek out and destroy every possible mention of the words ‘husband’ and ‘wife’ from official forms and documents.

You would have thought that this stately old practice might have been allowed to continue in picturesque, old-fashioned bits of biscuit-tin Britain such as Wimbledon, in so many ways a museum of pre-1939 middle-class suburbia.

But no. The thing about totalitarians is that they have to control everything, that everything must be brought into line.

Every last trace of the old regime must be discovered, erased, painted over, demolished or chiselled away.

The process is still not quite complete. Marriage, that fortress of private life, has pretty much been destroyed in this country.

It still has an official existence, but the authorities give it no privileges or help, and the law waits like a vulture to pounce on every united home, and impose a high-speed divorce at the first sign of trouble.

The whole way in which we deal with each other has been transformed by this sort of change.

The main beneficiary has been the all-powerful State, which now reaches into what were once our personal lives in ways that would have been quite shocking even in 1980.

And the main sufferers, as always, are the abandoned, neglected, baffled, misled, miseducated children, so many thousands of them, with no secure place to turn to, just more freedom than they have ever been shown how to cope with.

Farewell to a real hero

A sad farewell to my old friend and frequent ally Christopher Booker, never afraid to defy the many stupid orthodoxies of our time, and to endure and enjoy the resulting abuse which is often the dissenter’s main reward.

He died at home last week, full of years and surrounded by his family, leaving behind a great body of courageous and original thinking as his monument.

He would have been delighted to see that, even after his death, his spiteful enemies were still attacking him. But, oh, I shall miss him.

I wish the Beatles era WOULD vanish

What if almost all trace of the Beatles disappeared, as happens in the silly but sometimes enjoyable new film Yesterday?

If only, in my view. Yes, some of the songs are OK, but as those around at the time well remember, it wasn’t really about the songs.

The teeny fans screamed so loud at Beatles concerts it was impossible to hear what they were singing or playing. 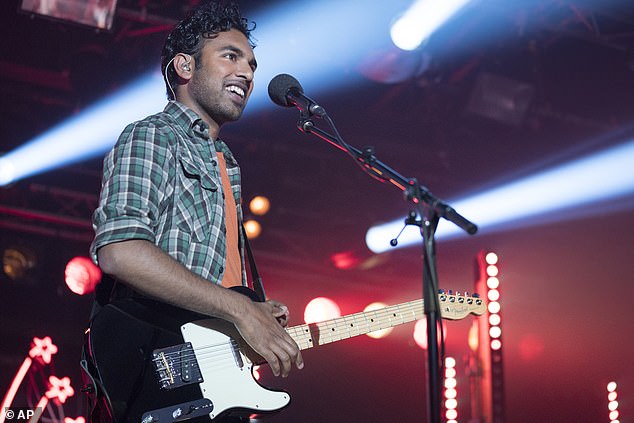 Peter Hitchens wishes the Beatles era really would vanish, as is the plot of the film Yesterday starring Himesh Patel, pictured

Like the whole weird era from 1963 to about 1970, it was a convulsion of something else, and a lot of it wasn’t very nice.

If, as in the film, a nice young man started playing old Beatles songs to people who’d never heard them, I suspect the world we have now – which long ago moved into far rougher, noisier tastes in music – would ignore him.

The same thing would happen to the early works of a lot of now-famous authors and artists if they were re-released into the world quietly without hype.

What really still needs to be explained is what exactly was behind the collective madness of the 1960s, which blew the lid off Western civilisation. It wasn’t a song about Yesterday.

On and on they go about police numbers. First it’s Al Johnson, whose campaign to lead the Tory Party has all the depth and carefully-costed honesty of an Oxford Union Presidential struggle.

Then it’s a gaggle of police chiefs, moaning about cuts and lobbying for a national force, an unthinkable menace to liberty in a free country of this size.

Mr Johnson plainly knows nothing about policing, as like almost all politicians he has never studied it. He thinks there are still things called ‘bobbies’ on a thing called the ‘beat’. Crikey, as he might say. Only a member of the liberal elite could possible think that.

The moaning police chiefs presided over an accelerated collapse in police effectiveness, especially their arrogant, catastrophic decision to stop enforcing the marijuana laws, for which we pay daily in violence and madness.

They likewise have little to say. They all embraced the useless form of policing that involves waiting for crime to happen and then reacting inadequately to it.

They are just the same as the teachers’ leaders whose response to the 50-year demonstrable failure of comprehensives is to call for more teachers and more money, but the same methods.

If you are doing the wrong thing, a million extra staff and ten billion pounds won’t make it work.

I utterly support Hong Kong’s peaceful protesters in their battle to defend their liberty, though I am highly suspicious of the violent, masked thugs so oddly allowed to smash up a government building while police stood by mysteriously.

But can a modern British government give them any real backing? Do they care much about freedom or the rule of law?

Remember, this is the Government which sacked Sir Roger Scruton, without a hearing, from an official post on the basis of a smear in a Left-wing magazine. Sir Roger used to take great risks in aiding free thought and speech in Communist Czechoslovakia in the 1980s. But as he wrote in this paper last week, organised and potent attacks on free thought in Britain today ‘bring uncannily to mind those official documents our Czech colleagues were called upon to sign which denounced this or that innocent person’.

‘The witch-hunting hysteria has returned with a vengeance, not in Eastern Europe but here,’ he added.

Most frightening of all was the verdict of his old Czech friends, who know tyranny when they see it, on the recent witch-hunts in Britain: ‘My Czech colleagues said, ‘Yes, it is starting again.’ And by ‘It’ they really did mean It.’ They really did. We should really listen.

This nasty practice is destroying the presumption of innocence and enables false accusers to ruin the lives of innocent people at will.

His petition badly needs tens of thousands more signatures. You may sign it here: https://petition.parliament.uk/petitions/247912