Experts blast YouTube promoting the use of curlers to plump lips

That’s not what eyelash curlers are for! Skin experts blast viral craze of using the beauty tool to plump up the lips and squeeze out blackheads

Skin experts have warned against copying a viral craze for using eyelash curlers to squeeze blemishes, because it could lead to infection and scarring.

The Cyprus-based YouTube channel ‘5-Minute Magic’, which has almost 3 million subscribers, shared footage of a man using an eyelash curler to squeeze blackheads, and a woman using the same beauty tool to boost the size of her lips.

It’s been viewed more than two million times, and while some fans were impressed by the tricks – claiming that they really work – experts have warned that copying the tricks could cause serious complications, including internal bleeding. 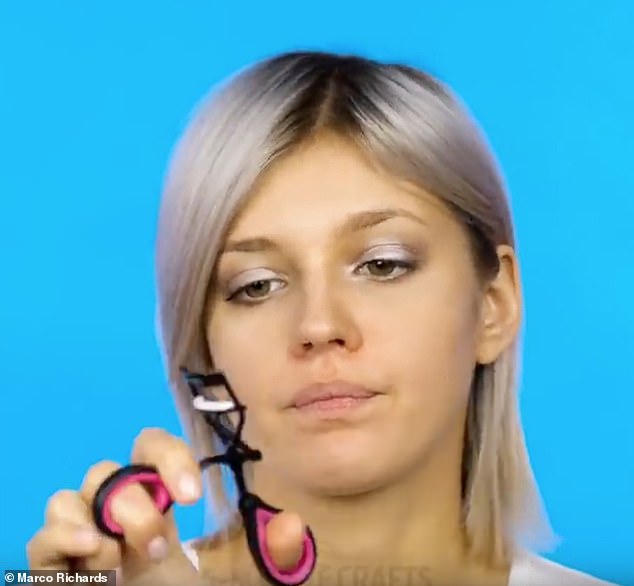 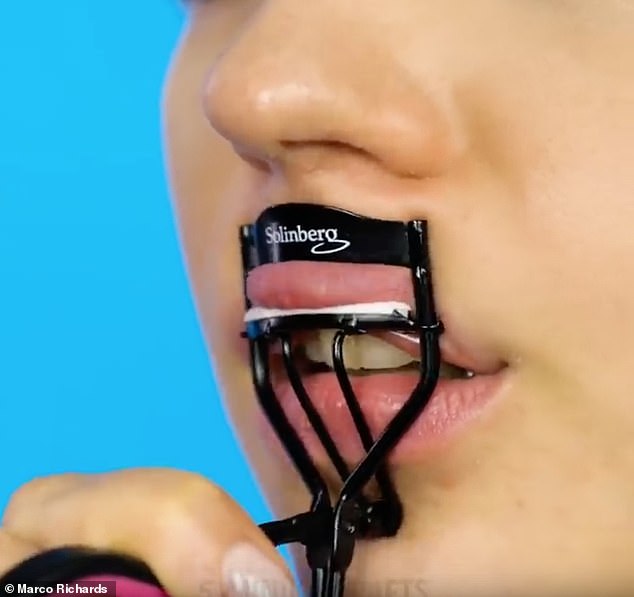 ‘5-Minute Magic’ who boast more than 2 million subscribers, demonstrated how lips could be made darker and bigger without professional beauty treatments

Skincare specialists say the main problem is the craze could cause skin damage including scarring.

Consultant Dermatologist and British Skin Foundation spokesman Dr Anton Alexandroff, explained why people in search of better skin shouldn’t try to do their own beauty treatments.

He said: ‘Squeezing blackheads or whiteheads with an eyelash curler is not recommended because the content may go in the wrong direction – ie. further into the skin.

‘This may case additional inflammation of the skin, including acne cysts which may subsequently scar.

‘The best thing to do is seek advice from a medical professional such as a dermatologist or your GP who will be able to advise the right treatment for you.’

According to Specialist Skin Aesthetician Candice Brown, the process could also stretch pores, leaving them permanently enlarged – and even more prone to attracting revolting gunge. 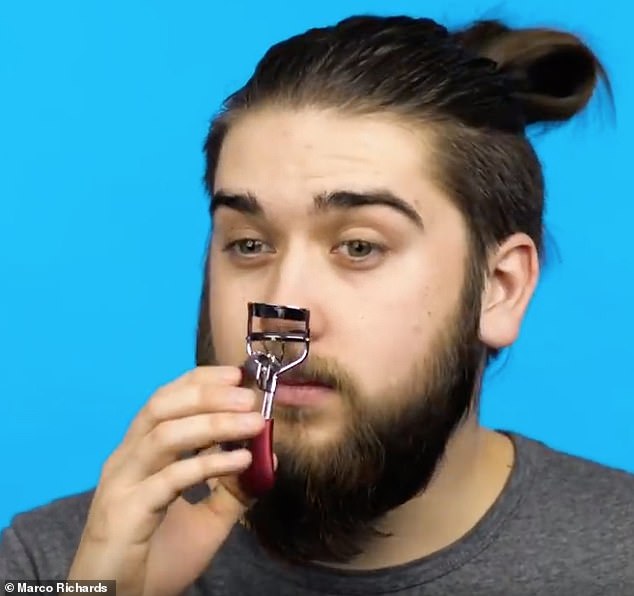 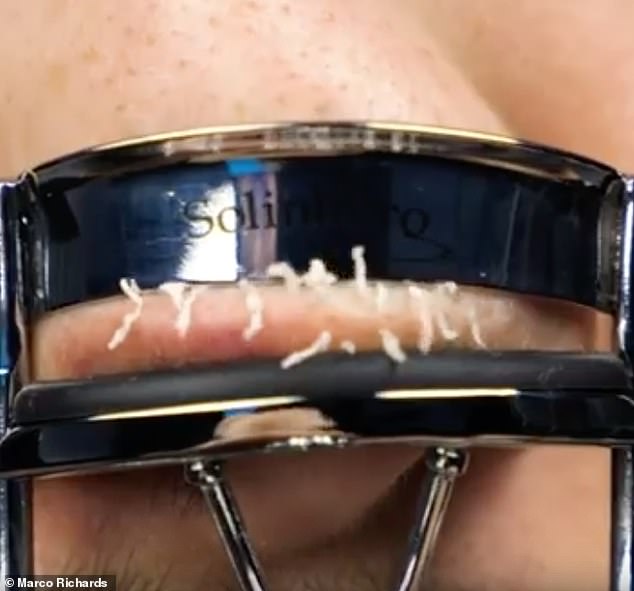 Candice who works at the London Bridge Plastic Surgery, says people are unaware that they are putting themselves at risk of skin damage, bruising and even infection.

She said: ‘Lash curlers are for lashes, not for blackheads,’

‘When you squeeze the nose it releases bacteria which can spread.

‘And while you are squeezing you might also be causing more blackheads to form, introducing yet more bacteria. You’re also at risk of scarring.

‘Applying such pressure with a lash curler can also cause irritation and inflammation.

‘Avoid all this and see a professional if you’re worried about blackheads.

‘I would also recommend applying a product containing salicylic acid. This ingredient will help break down the materials that clog the pores which is excess oil and dead skin cells.’

Those hoping to achieve fuller lips by copying the video’s method of using curlers are also being warned that they could have skin damage, causing bruising and even internal bleeding of the tissue. 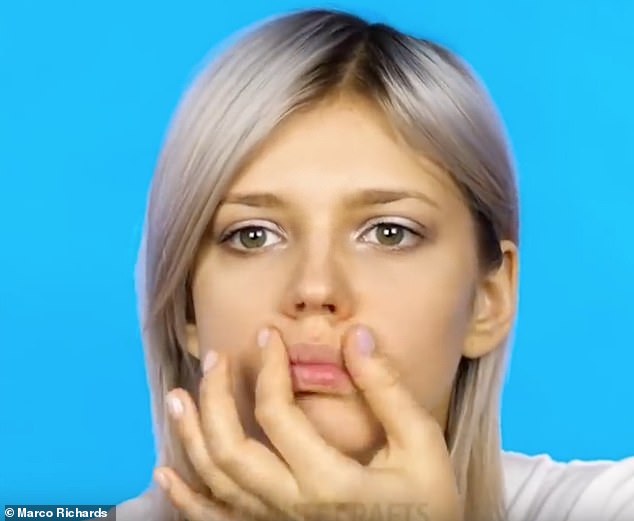 Plastic facial surgeon and skin expert Dr Greg Bran from London Bridge Plastic surgery, warns the craze could make lips swell long enough to take a selfie, but may also cause haematomas, which is when blood vessels bleed.

He said: ‘The eyelash curler can create trauma. The lips are as we all know very sensitive, so you certainly have to push the limits of comfort.

‘The lips are also anatomical area of the face that is well nourished through blood vessels.

‘Clamping or sucking on a lip plumper can result in some tissue damage that – once the swelling settles (usually after a couple of minutes – certainly less that 30) a loss of original volume might be just as likely like haematoma formation / bruising.

‘The curler will only work for a quick selfie, but has no chance to stand a night out or a date.’

Viewers have posted mixed thoughts o the video since it was posted with some admitting they’d rather use lipstick to achieve the illusion of full lips.

One person wrote: ‘Why force your lips to turn red when you have this magical device called lipstick’

Another said: ‘I would rather buy lip gloss than squeeze my lips using eyelash curler’