Group outing! Tori Spelling and husband Dean McDermott made the most of their holiday weekend by taking the whole family out for a little Labor Day cook-off fun.

Tori Spelling’s Family Album With Dean McDermott Through the Years

The couple — who share Liam, 15, Stella, 14, Hattie, 10, Finn, 10, and Beau, 5 — looked casually chic for the A-list Malibu Chili Cook-Off event on Sunday, September 4, with Spelling, 49, donning a ’90s-inspired look that included baggy jeans, a white tank top and a plaid shirt tied around her waist. The Beverly Hills, 90210 alum finished off the ensemble with a purple lip and her long blonde locks hanging loose.

The couple’s latest outing comes just a few months after speculation that the two had quietly separated after 16 years of marriage. 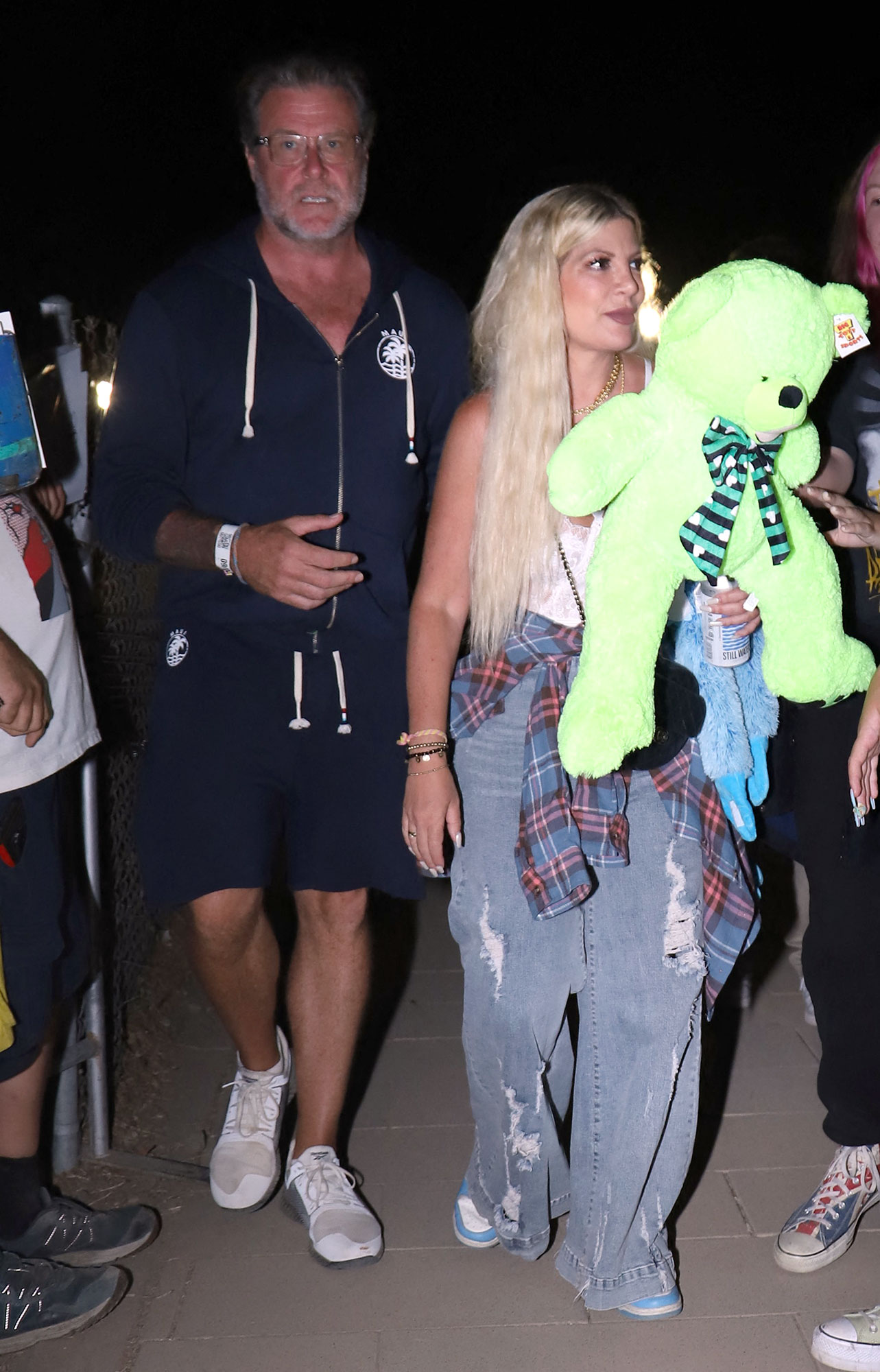 “Tori’s friends are worried because they never hear from her anymore. They try to reach her and hear no word back,” an insider exclusively told Us Weekly in June. “And she hasn’t been doing social things anymore. She seems to be isolating herself. She’s been so MIA that they’re worried something’s going on – if she’s having money troubles again or is depressed. They just aren’t getting together in friends groups like they did before.”

Spelling first sparked divorce rumors when she didn’t publicly acknowledge her wedding anniversary in May 2021 and removed “wife” from her Instagram bio in two months later. In June of that same year, the California native revealed during an appearance on SiriusXM’s Jeff Lewis Life that she and McDermott sleep in different beds.

“Right now, my kids and dogs sleep in my bed,” she said, adding that her husband spent his nights in another room. “Since he left — this is not good, you guys — but since he left, he was gone for six months filming in another country, they all stayed with me. So, I currently still have four in the bedroom with me who have yet to go back to their rooms.”

However, a source told Us in June that divorce isn’t something the pair have in mind at the moment.

“They know divorce will be expensive and it’s not something they’re willing to go through right now,” the insider explained. “They both feel trapped. Having kids makes it more difficult because they don’t want their children to be unhappy, yet at the same time, Tori has been unhappy for quite a while now. They truly are still together for their kids.”

Despite rumors of the pair’s rocky relationship, the Canada native made a surprise appearance on Spelling’s reality show @HomeWithTori that same month when the duo watched Troop Beverly Hills together with their children. “You’re so cute, babe,” he said when his wife’s character appeared onscreen in the 1989 film.