Home » Lifestyle » Fans can’t decide whether Meghan Markle and Prince Harry’s son Archie has a British or American accent. Here’s what experts have to say.

Fans can’t decide whether Meghan Markle and Prince Harry’s son Archie has a British or American accent. Here’s what experts have to say. 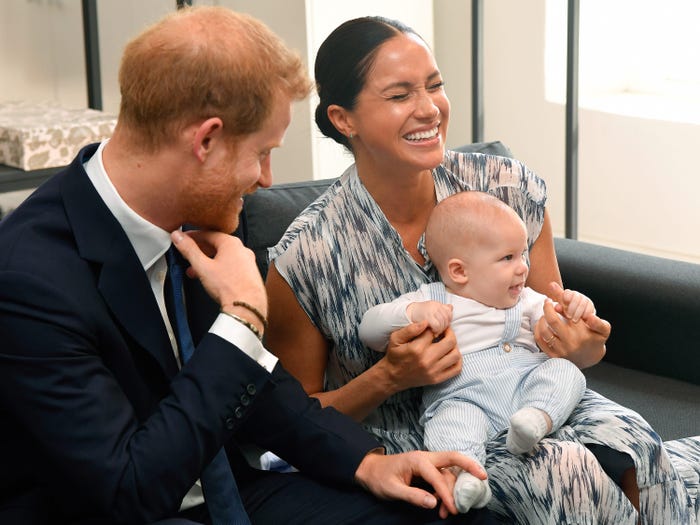 It was the first time the 19-month-old has publically spoken. Prompted by his mom, who asks Archie if he's having fun, he says "Fun!" before saying "happy new year" with a little help from his parents. You can listen to the moment below from the 31:56 mark:

Archie only said four words, and yet following the podcast's release, there was some debate on Twitter about his accent.

The Daily Mail's royal editor Rebecca English tweeted that Archie "very much has an American accent."

Meanwhile, others thought they heard a British accent.

There's been some discussion about Archie's accent given that since his birth in May 2019, he has lived in the UK, Canada, and California, where the family has been residing since their move to the US in May.

Insider spoke to three experts — two linguists and a psychologist — and while two experts said they could hear remnants of a British accent, all three said there were too few words spoken and that Archie's too young to make a definite call.

In Archie's home, he's hearing his British father speak and his American mother's accent, which means Archie will recognize and process words differently than his peers who have just one accent at home, according to a 2017 study published in the Journal of the Acoustical Society of America.

Daniel Swingley, a professor and the chair of the University of Pennsylvania's Department of Psychology, told Insider that Archie is old enough to begin forming an accent but that he doesn't say enough words in the podcast to determine what that accent is.

However, Geoffrey Pullum, a linguist and emeritus professor of general linguistics at the University of Edinburgh, told Insider he believes Archie is too young to have formed an accent.

Jean Berko Gleason, an emerita professor at Boston University who researches language acquisition, said she could hear a British accent, but it's unclear if Archie is mimicking his father or if he truly has the accent.

"We don't know if the British accent we hear in 'happy new year'  is just the way he produces that little formula that his father asks him to repeat, or if when he speaks on his own he also pronounces words in a rather British way," Berko Gleason told Insider.

An 'r' sound can help determine a British or American accent

Pullum and Swingley pointed to the letter "r" as a way to determine between an American and British accent. Listeners can hear differences more clearly in words like car; for example, "car" has an "r" sound in an American accent, meanwhile, it's "caah" with no "r" in typical English accents.

But in the case of children, the letter "r" can be challenging to pronounce.

Without being able to rely on the word "year," Swingley honed in on "new" in "happy new year."

"In the case of Archie's 'fun … happy new year,' I don't hear anything identifiable in any of the words except 'new,'" said Swingley, whose research focuses on how children learn language. "Partly because of the overlapping speech and noisy recording, and partly because the other words don't have much in the way of distinctive southern British versus American pronunciations."

To Swingley's ear, "new" had a British pronunciation, he said.

"It starts out as if he were saying 'knee,' and then switches to 'ooh.'  That's a British thing — not something one does in Los Angeles," Swingley wrote.

Berko Gleason also thought the way Archie said "new" was British, and she heard a British accent from the word "happy."

But that isn't enough to make a decisive call, Swingley said.

"Does that mean he has a British accent?  Not necessarily," Swingley said. "But he may be capable of one."

Archie's accent is bound to change over time, especially around other children

All three experts agree Archie's accent will change as he gets older.

"If Archie's first experience of mixing with other kids is in a Los Angeles preschool, he will develop a Californian US accent," Pullum said.

Peers play a key influence on how children develop accents. A 2012 study at the University of Plymouth found that toddlers begin mimicking their peers' accents over their parents at 20 months old.

"Eventually, they almost always go with the speaking style of their favorite peers," Swingley said.

However, Swingley and Berko Gleason said Archie might become bidialectal, which means he would develop two accents.

"He may learn to speak like an American kid in California, but be able to switch to a British accent when he visits in England," Berko Gleason wrote.