From the Archives, 1991: Puccini score ends 70 year journey in Melbourne

Victorian State Opera chief Ken McKenzie-Forbes opened his mail this week and could scarcely believe his eyes. Inside an envelope he found a century-old Puccini score carrying a personally written dedication by the great Italian composer himself. 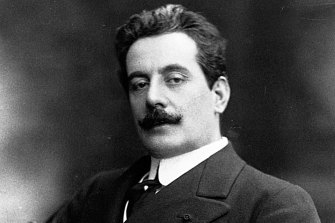 The score, for the piano section of ‘Manon Lescaut’, was sent by an Italian-born Melbourne man in his 80s whose family had carried it with them on their travels around the world for 70 years.

A note inside said that he was giving it to the VSO.

Mr McKenzie-Forbes described the gift yesterday as a “treasure”.

“Incredibly, it appeared in the mail the day we started our Puccini production for the year, ‘Madam Butterfly’,” he said.

“I don’t know yet how valuable it is but it is a very rare thing.”

The donor asked to remain anonymous but in a brief interview with ‘Onlooker’ newsletter editor Dorothy Wentworth-Walsh on radio FM 3ZZZ, he said that his father, a non-playing member of the Viennese Philharmonic Orchestra, had “come home with the score” one day in the early 1920s. It was not clear where he had obtained it.

He said that when the family fled Vienna in 1938 because of the Nazis one of the few possessions they took was the score.

They lived in Africa for 25 years before migrating to Australia.