A furious shopper has blasted M&S for flogging a pastry called a Plain Jane – claiming ‘name-calling is not OK’ as ‘not all Janes are plain’.

Jane Hudson, 52, from Waltham Abbey, Essex, took umbrage when she spotted the retail giant had called its vanilla flavoured yumnuts ‘plain Jane’ after she bought a pack of three.

The stay-at-home mother was aghast at the name for the £1 sweet treat, described as ‘simply delicious, with a sweet vanilla flavour’ on the store’s website, and took to social media on Saturday to complain. 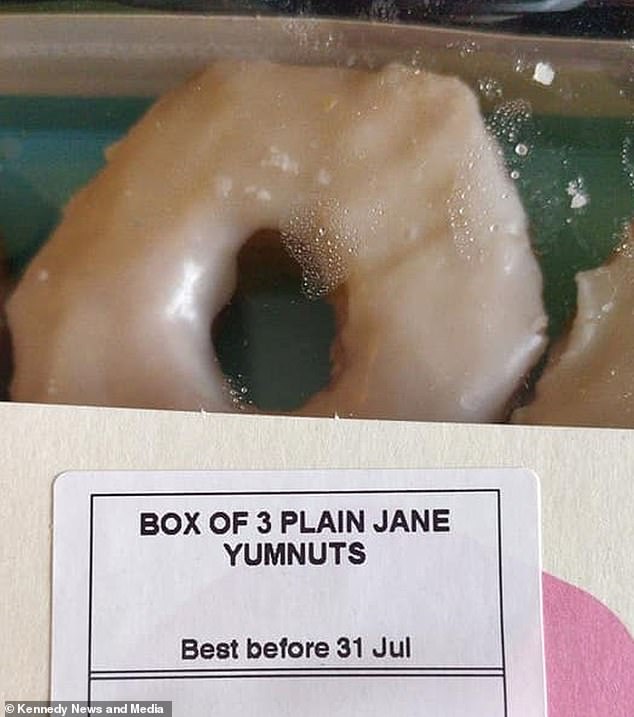 Jane Hudson, 52, from Waltham Abbey, Essex, took umbrage when she spotted M&S had called its vanilla flavoured yumnuts ‘plain Jane’ after she bought a pack of three.

There the mum-of-three admitted she was ‘annoyed’, demanding to know the connection and if they were ‘implying all Janes are plain’.

However she was branded ‘sensitive’ while others, including Karens and Debbies, shared their experiences of being the butt of people’s jokes.

Jane said: ‘They wouldn’t call them ‘Crummy Karens’ because of all the abuse that Karens [get]. 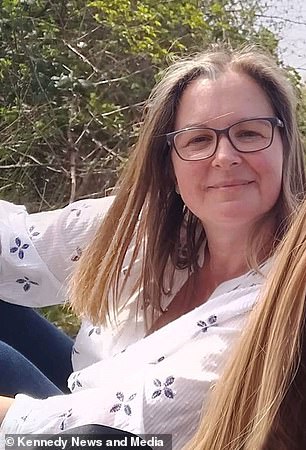 Jane, pictured, said that she was offended by the suggestion that all Janes are plain, and that name calling is not right in the 21st century

‘I just thought, in this day and age why does M&S feel they need to do it?

‘Don’t get me wrong, I don’t consider myself plain. Personally I think I’m quite fabulous.

‘People [online] kept harping on: “Well it was ok in my day in the playground”.

‘I said: “But it’s not those days, it’s the 21st century and name-calling isn’t OK”, but they didn’t really want to know.’

Jane’s post reads: ‘Feeling a little annoyed. Why do Marks & Spencer feel the need to call their yumnuts Plain Jane?

‘What’s the connection? Are they implying Janes are plain!!!! NOT HAPPY!!!!

‘People were also saying “Well I don’t hear Colins moaning about caterpillars” and I said, “But you name an animal, it’s a bit different when it comes to a doughnut”.

‘M&S want to get in the 21st century and have this younger clientele but that’s not the way to go about it in these politically correct days really.’ 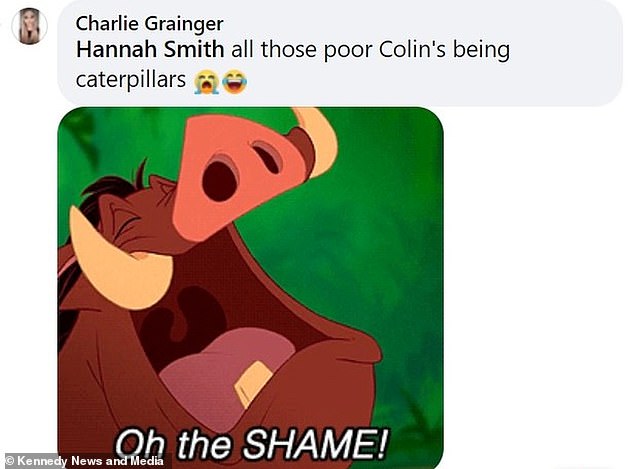 Facebook users thought Jane was being too sensitive, and shared their own experiences of jokes being made about names such as Carol, Karen and Debbie

Jane was blissfully unaware she’d bought the controversially-named yumnuts home from the Epping branch of the store in Essex last week.

Jane said: ‘I bought them at M&S not realising [the name] and went home.

‘My 23-year-old thought it was hilarious that they were called Plain Janes, so jokingly I said “I think that’s disgusting”.

‘They’re a plain vanilla doughnut, I don’t know why they need to name it that person’s name.

‘I’m not moaning, they were very tasty, I just think M&S should know better.

‘My kids think I’m totally bonkers. My son now walks around calling me a doughnut. 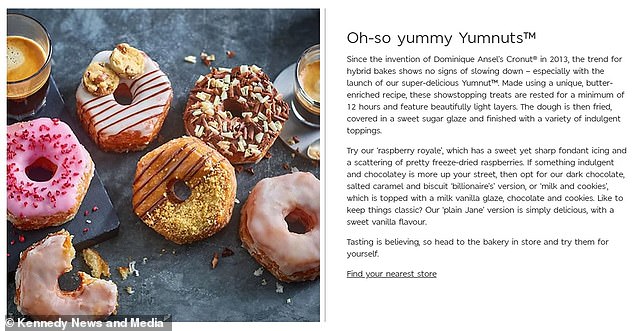 The Plain Jane Yumnut – a cross between a yum yum and a doughnut – is described as ‘simply delicious, with a sweet vanilla flavour’

‘My daughter says I’ve got too much time on my hands and that’s why I’m moaning about it.’

Social media users called Debbie, Karen, Carole and Susan suggested life’s ‘too short’ to be offended by it.

Carole Barlow wrote: ‘Why do people get offended about everything these days? You aren’t a Plain Jane, I’m not a Christmas carol.

‘Life’s too short to be always offended, they just aren’t very inventive.’

Debbie Eibbed commented: ‘Try being Debbie…. did I do Dallas or am I a downer?’

Karen Willis commented: ‘It’s a bit like being a Karen – I have found if you laugh together with those people calling these names they laugh and love you.’

Jane Edwards wrote: ‘I’m a plain Jane and proud of it. It’s how I describe the spelling of my name.

‘Anybody or anything lucky enough to be called this, should be very pleased with themselves!’

Zena Bailey commented: ‘When did the general public become so sensitive over the smallest things?’