Alice Little believes incredible advances in technology and the evolution of sex robots will push the brothel experience and human pleasure into unchartered waters.

Alice, who works at Nevada’s famous Moonlite Bunny Ranch legal brothel in Carson City, opened up about her thoughts on the future of the kinky industry and where she thinks the sex cyborg phenomenon will end up.

The US hottie, who also works as a sex and intimacy coach, believes that by 2045 the brothel business and the way customers interact will have evolved in three primary ways.

She says sex technology will play a stronger role in society and will be both an asset and a competitive liability to sex workers.

Alice also thinks the brothel workplace will evolve to allow sex workers to work remotely using VR and other sex tech, and the stigma surrounding sex work will considerably diminish.

“I personally don’t think that there will be a substitute for genuine, human-to-human intimacy”

In fact, she believes sex robots – eventually – won’t be physical objects at all, but rather virtual reality programs that link directly into the human brain, mimicking the sensation of sex.

She exclusively told Daily Star Online: “I personally don’t think there will be a substitute for genuine, human-to-human intimacy, but in 2045 the ability to approximate the sensation of sexual touch, arousal, and orgasm will likely be a reality – and it will be the greatest competition future sex workers will face.

“This interface will allow the user to run a pre-programmed simulation that will convince his brain that he’s engaging in sex with just about anyone that strikes his fancy.

Alice also believes this technology will impact human sex workers, but will not put prostitutes out of business. 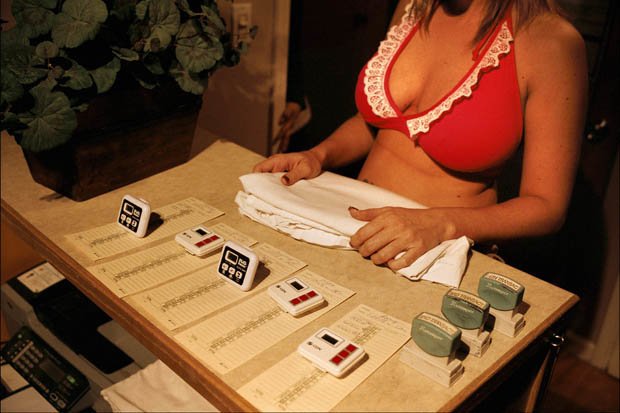 “Just like a private sex cam show is conducted today, a private virtual sex and intimacy session will connect the brains of the client and sex worker via the internet so that we can literally go on a virtual date, complete with the sensation of a five-star meal in the most exotic virtual locales imaginable – all with no worry of sexually transmitted diseases.

“Virtual intimacy sessions will be a blast, but physically meeting with the woman in actuality will still be the most coveted experience of all — and prostitutes will put a premium price on that.”