Talk about a slow death…

Scientists have recorded a tortoise hunting, killing and eating a live bird for the first time in the wild — and they are horrified.

The incident was captured on Frégate Island in the Seychelles as a group of researches were censusing seabirds… when one of them met its demise in a way nobody expected.

The video shows the slow-moving female spotting the tern chick — which likely survived a fall out of its tree nest — on a log. 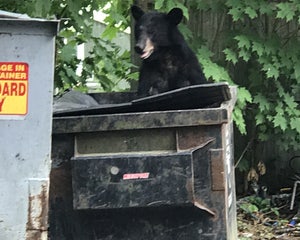 Slowly but surely she makes her way towards it, jaws agape; the chick seems as surprised as the observers, backing away and making a few fruitless attempts to peck the newly-minted predator, but there’s no escape. The tortoise clamps its powerful jaws around its neck, killing it instantly.

Any thoughts this might have been a case of fatal curiosity are quashed when the tortoise then determinedly clambers down off the log — and swallows the chick whole.

“This is completely unexpected behaviour and has never been seen before in wild tortoises,” study co-author Justin Gerlach wrote in the journal Current Biology.

“It was a very slow encounter, with the tortoise moving at its normal, slow walking pace — the whole interaction took seven minutes and was quite horrifying.”

As the study points out, tortoises aren’t strict herbivories: they occasionally consume bones and snail shells as a source of calcium. There has also been documentation of tortoises squashing crabs and birds to death with their shells, but is unknown if they were accidental.

Fight Breaks Out After Woman Helps Dog Locked in Hot Car — But Who is in the Right?

While this is the first time a bird being devoured has ever been captured on camera, researches claim to have seen tortoises on the same island doing it before, leading them to believe this is a newly adopted strategy — and diet.

“The direct approach to the chick on the log suggests that the tortoise had experience of being able to capture a chick in such a situation, where it was likely to try to remain on the log, above ground-level (as is typical of tern chicks that have fallen from nests in trees),” the study claims. “This indicates that this type of interaction is not infrequent for this individual.”

The scientists aren’t worried, however, about the ecological balance on the island. Tortoises are unlikely to start hunting ground nesting birds, who are too fast for them, and are used to defending their nests from predators.

Also, the researchers point out that fledglings that survive falls from nests usually fall victim to lizards or crabs — so the chick was a gonner anyway. 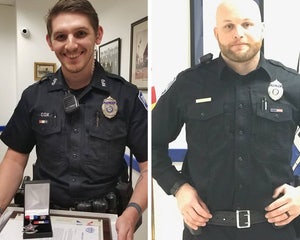