Home » Girl, 3, to play at Carnegie Hall music competition: 'Among the youngest'

Girl, 3, to play at Carnegie Hall music competition: 'Among the youngest'

FOX 5 News’ Stacey Delikat has the details from Greenwich, Connecticut

A 3-year-old pianist is going to make her Carnegie Hall debut in the fall of 2021.

Brigitte Xie has been learning how to play the piano in the last six months, and now she is preparing for her first recital at the historic music hall, according to FOX 5 NY.

While it’s not clear whether Brigitte is the youngest musician to grace the stage, the hall’s spokesperson says she is certainly “among the youngest.”

“We don’t have complete information on the ages of everyone who has played at Carnegie Hall and also know that young children have been among those who have appeared in in the past,” Carnegie Hall’s spokesperson wrote to Fox News via email.

With Brigitte’s birthday being on June 19, she will be 4-years-old when she makes her Carnegie Hall debut, according to FOX 5 NY.

At this point in time, her parents told the local news outlet she will be playing a number from Wolfgang Amadeus Mozart – one of history’s most influential composers of the Classical era. 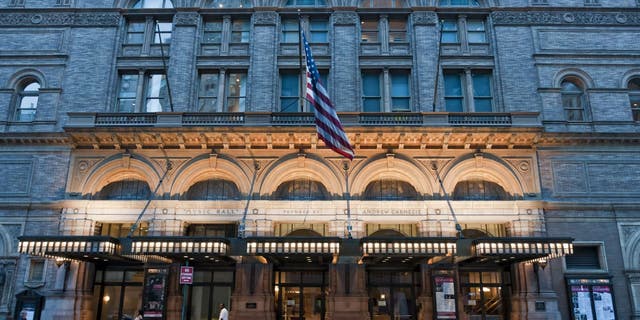 Carnegie Hall in New York City was founded in 1889 by Andrew Carnegie, an American industrialist and philanthropist who pioneered the steel industry in the late 19th century. (iStock)

Brigitte is being trained by Felicia Feng Zhang, the founder of All Talent Academy. The school teaches “musical core literacy education and talent development for all ages,” according to its website.

Zhang did not immediately respond to Fox News’ request for comment.

However, she did tell FOX 5 NY that Brigitte knows how to read music notes and has impressive eye and finger coordination.

Brigitte isn’t the only youngster who has recently displayed skills that are advanced beyond her years. In late May, a 2-year-old became an accepted member in American Mensa for her 146 IQ.