Heartwarming friendship a dog has formed with human baby brother

A furry good babysitter! Golden Retriever who initially thought new arrival was a toy now watches over him constantly and even carries away his used burp cloth after feeding time

Heartwarming footage shows the inseparable friendship that was formed when an adorable dog took an immediate shine to his human baby brother.

Whitney Parks, 37, from Boston, revealed her one-year-old Golden Retriever Hinckley, initially thought baby Theodore who was born in October 2020, was brought home as a new toy for him to play with. 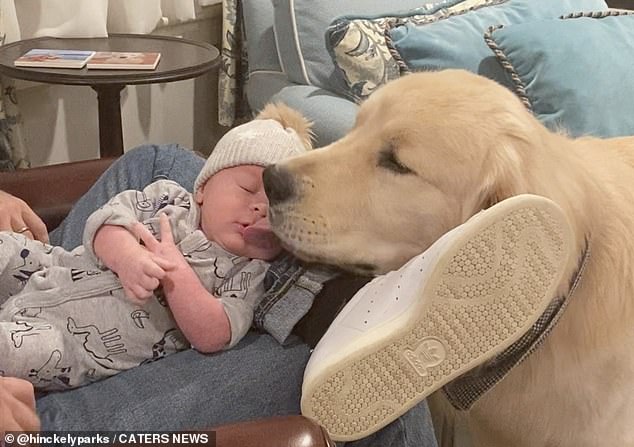 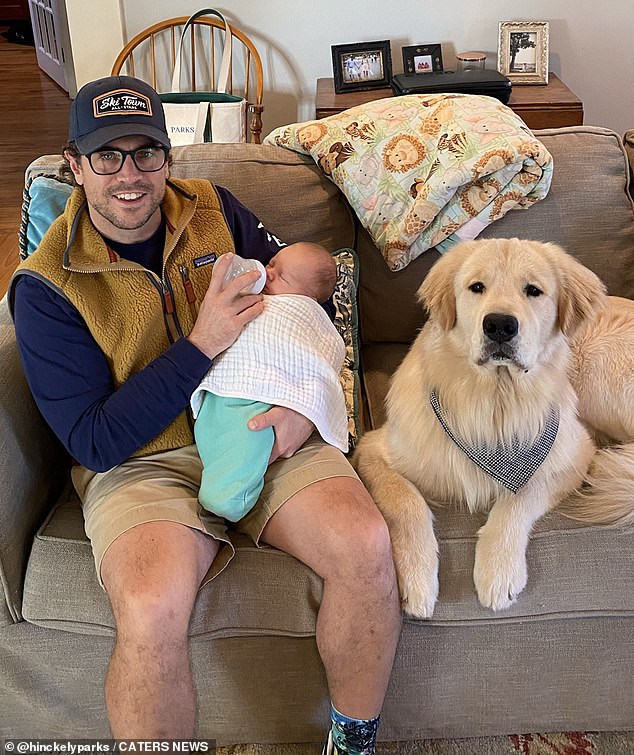 Whitney, 37, said Hinckley who spent years as the centre of attention, initially thought Theodore was brought home as a new toy for him to play with. Pictured: Theodore with dad Rob and Hinckley 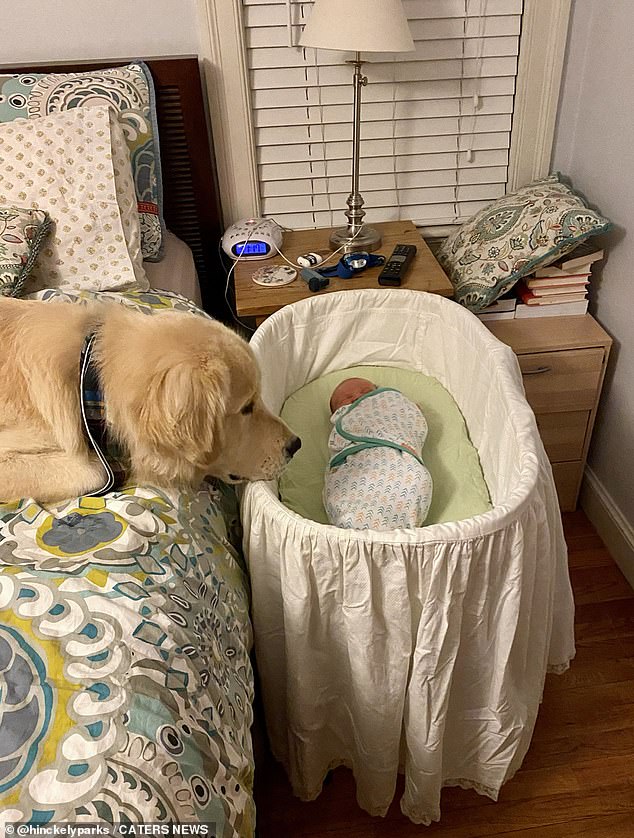 Whitney said the first few nights after Theodore was brought home, Hinckley would watch over him as he slept (pictured)

Whitney who works in communications, revealed Hinckley wants to get involved in everything Theodore does – proving dogs really are man’s best friend.

Whitney said: ‘When we first brought Teddy home Hinckley thought we had brought him home a new toy just for him. He had been the center of our world for a year so I can understand why he thought that.

‘Those first few nights, Hinckley would watch over Teddy from our bed while he slept in his bassinet, just watching his every move in wonder.

‘After a few days, Hinckley realized the “toy” was in fact not his and it was not going anywhere. But from the moment Teddy arrived at the house Hinckley was obsessed and needed to be wherever Teddy was and apart of all his activities.

‘Teddy and Hinckley love to snuggle on the couch or on the floor during tummy time. 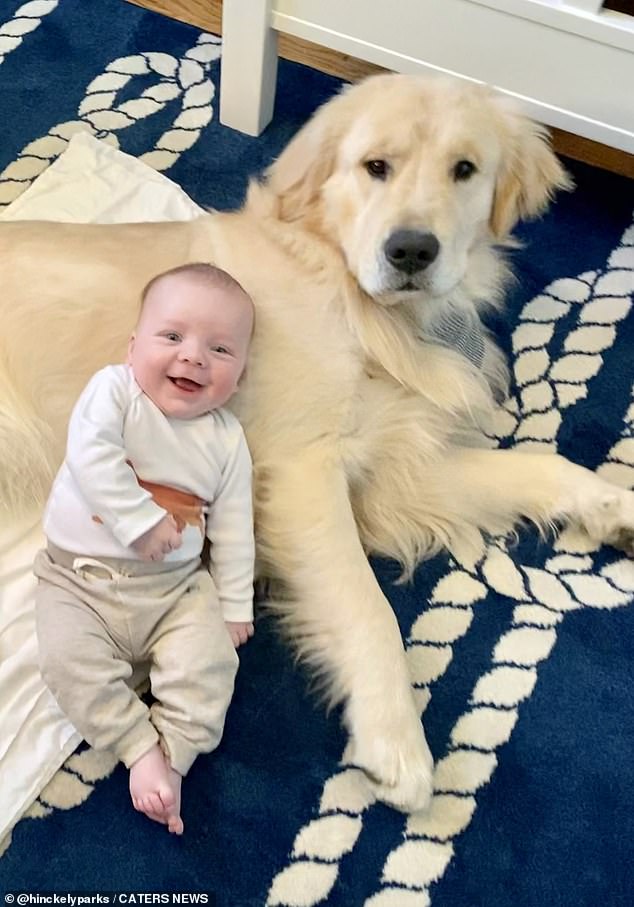 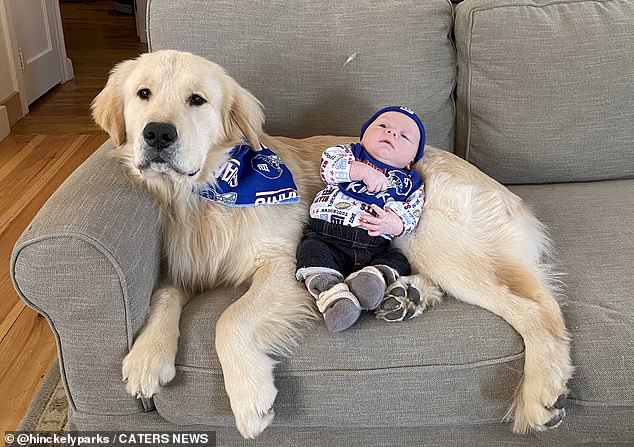 Whitney revealed Hinckley is obsessed with Theodore and wants to be involved in all of his activities. Pictured: Baby Theodore and Hinckley 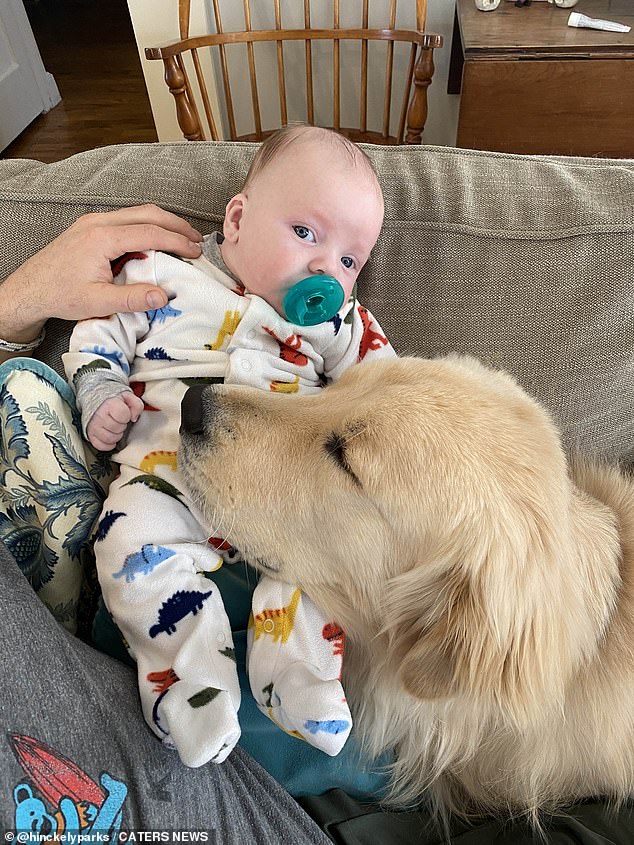 ‘Hinckley joins every feeding. Generally, Teddy is on my left and Hinckley is on my right, it’s a special time for the three of us to bond and snuggle.

‘Sometimes when I am not paying attention after Teddy has finished his bottle, Hinckley will quietly walk away with Teddy’s dirty burp cloth and I can’t help but laugh.’

The adorable pair are set to spend their lives together, and Whitney is overjoyed that Theodore will grow up with his four-pawed big brother to keep him safe. 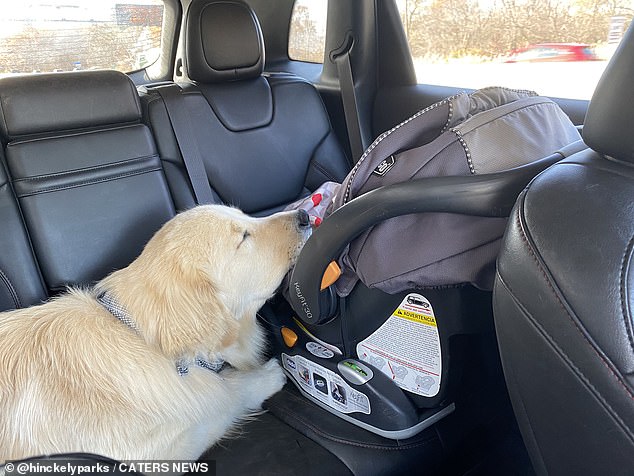 Whitney said during feeds, Theodore is usually on her left and Hinckley on her right as it’s a special time for them to bond. Pictured: Baby Theodore and Hinckley 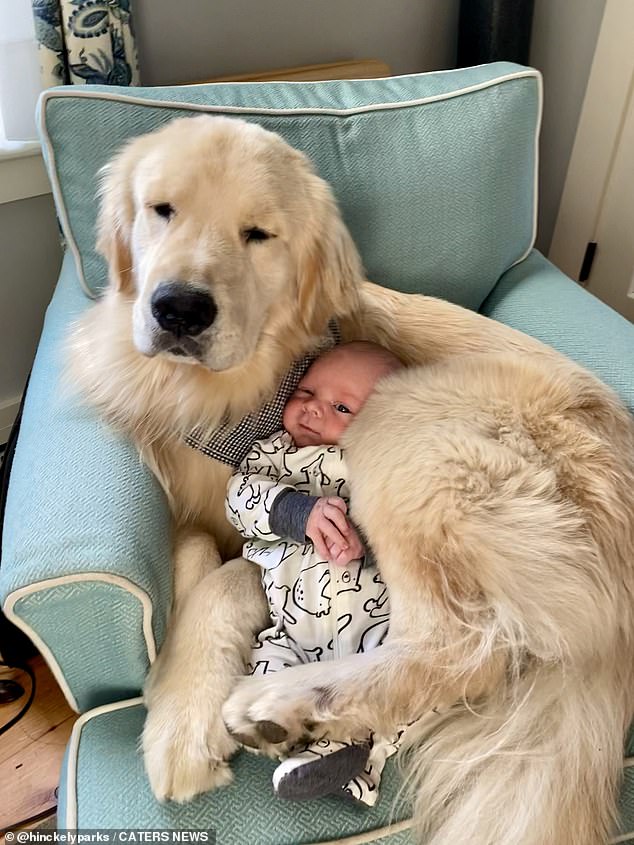 Whitney said: ‘My heart melts watching the two of them together, it’s clear that Hinckley is taking on the role of big brother looking out for the wellbeing of his younger sibling. I honestly can’t get enough.

‘Right now Hinckley is still unsure of what Teddy is but he knows he is special and he must look out for him.

‘I am looking forward to when Teddy can engage more with Hinckley and they can become best friends who have endless adventures together.’ 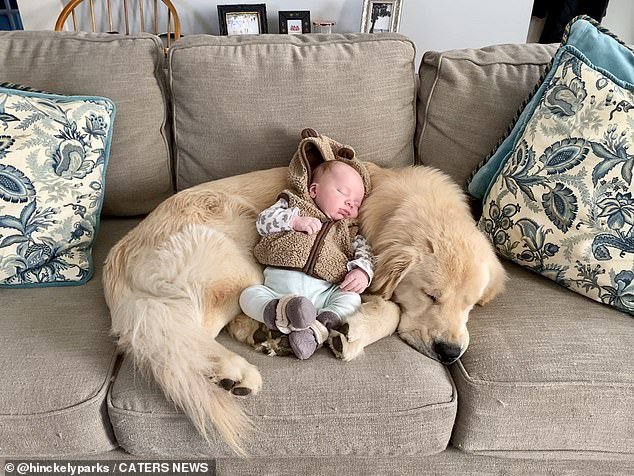 Admitting her heart melts, Whitney said Hinckley is taking on the role of a big brother looking out for the wellbeing of his younger sibling. Pictured: Theodore and Hinckley 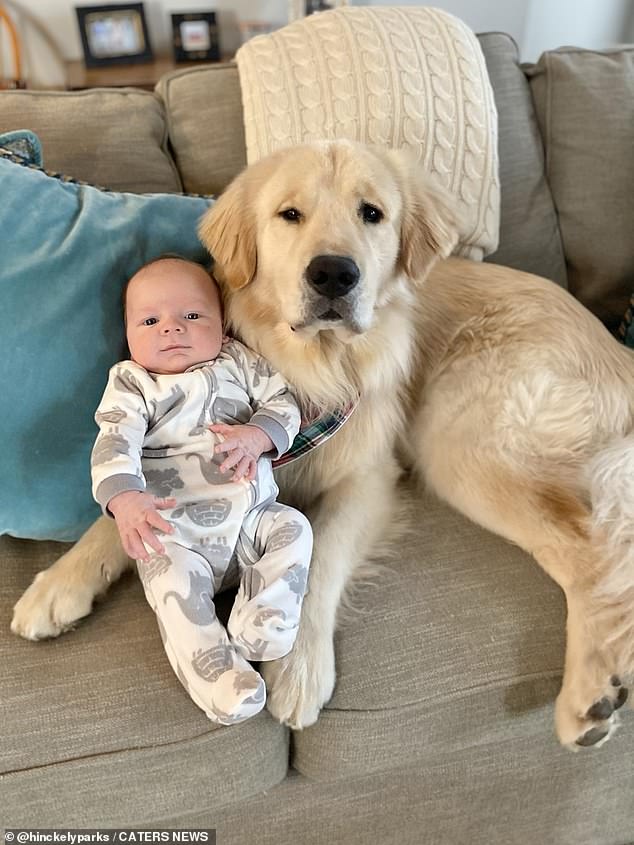 Whitney said Hinckley is still unsure of what Teddy is but he knows he must look out for him. Pictured: Hinckley and Theodore 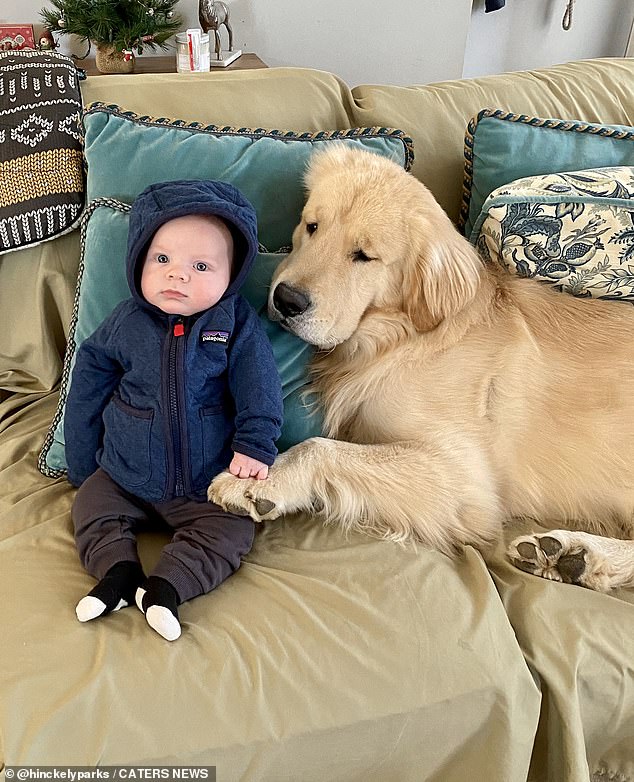 Whitney revealed she’s excited for when Theodore is able to better engage with Hinckley and they’re able to have adventures together. Pictured: Baby Theodore and Hinckley