A father-of-two was caught red-handed after undercover footage captured him blowing the couple’s £60 weekly food budget following a £167 shopping spree with his daughter.

In tomorrow night’s episode of Channel 4’s Secret Spender, which airs at 8.30pm, Alex and his wife Rohini, from Cambridge, are followed as they explore the financial woes keeping them from saving money, with hidden cameras recording their financial habits.

Due to health issues, Rohini is keen to reduce her working hours, but she explains the couple struggle to save £200 between the two of them – despite having a joint monthly income of £4,000.

However, it’s not long before footage reveals Alex is to blame – and shows him leaving the supermarket £167-lesser off, with two trolleys filled to the brim with unnecessary items. 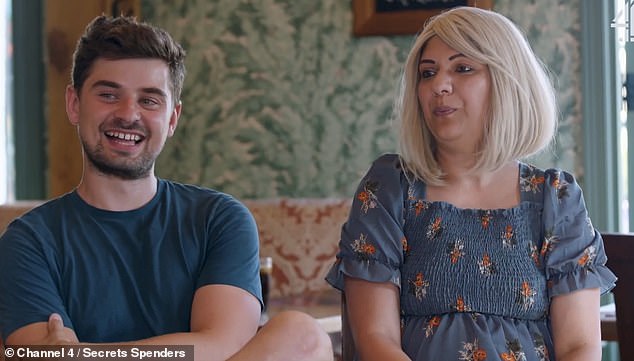 Alex and Rohini, from Cambridge, are parents-of-two who struggle to save money in spite of earning £4,000 a month. They appeared on Channel 4’s Secret Spenders 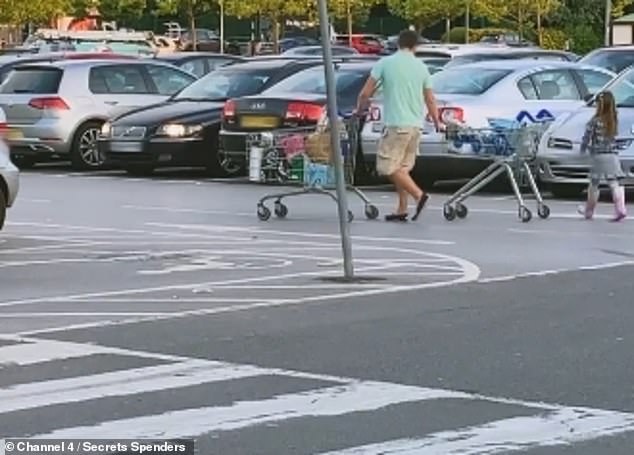 In the show, Alex was caught red-handed pushing two packed trolleys out of the supermarket after a shopping spree where he spent £167

Sitting down with presenter Anita Rani, the couple watch a clip of Alex pushing a trolley through the supermarket aisles as he does the weekly shop with his daughter.

‘That’s a lot of shopping,’ Anita says. ‘And is all that stuff on the list?’

In response to the question, Alex nods – but his wife Rohini disagrees and playfully asks him: ‘Are you sure?’

The clip then shows Alex struggling to pile his shopping onto the supermarket’s conveyor belt. 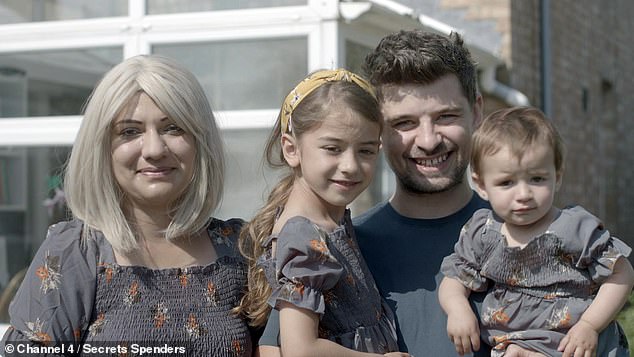 Rohini, left, was hoping to reduce her working hours to spend more time with her children, also pictured 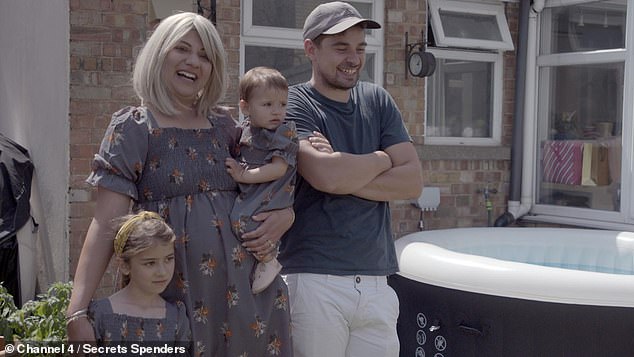 Top tips on how to save money, according to an expert

Emmanuel Asuquo advises the families of Secret Spenders on how they can look after their money. Here are his five best tips.

2. List all your direct debits and standing orders. Then number them in order of importance. For example, rent or mortgage payments would be higher ranked, and TV or Gin subscriptions would be lower. With the lower-ranked payments, contact your providers and see if you can negotiate a lower price or cancel them if possible.

3. Interest rates are low at the moment, and this makes it an excellent time to review any debt you may and have and look to get a new loan to pay off the current debt. This can apply to mortgages, bank loans, car loans, credit cards etc. It’s easy to get a quote online, and you could save yourself thousands.

4. You could get £100 or more just for switching your bank account. That’s likely to be a lot more than you will receive in interest from your savings account for the year. However, it’s easy to do, and your payments are protected, so they don’t go unpaid during the switch.

5. Finally, a big tip I give to all my clients is to wait 48 hours before you make a purchase over £30 (could be higher or lower). This gives you time to reflect on if you need to make this purchase and stops impulse buying. My clients have found 70% of the time, they don’t end up purchasing after waiting 48 hours.

‘They got really awkward because I couldn’t load the conveyor belt,’ he admits.

Trying to justify the huge quantity of items he’d purchased, the father-of-two says: ‘If we’ve had a busy weekend, we’ve run the stock down.’

But all his excuses fall on deaf ears when he’s then shown exiting the supermarket with two jam-packed trolleys.

Red-faced, Alex is deeply embarrassed by this revelation.

And to make matters worse, he admits he even bought the wellies on his daughter’s feet during the spree.

‘She even got wellies she didn’t come in with,’ he laughs.

‘Did you buy the wellies in there?’ Anita ask, with Alex shamefully nodding before saying his daughter didn’t have a pair of wellies and needed them.

Come the end of the episode, Alex appears to have acknowledged his excessive spending.

‘When it came to the two trolleys I could have fallen off my chair with embarrassment,’ Alex admits.

Anita asks: ‘Can you see that you are spending money unnecessarily?’ to which Alex responds:

‘I think there’s a definite few areas where if we’d cut down it’d make a massive difference.’

Anita reminds Alex it isn’t just about money, and that sticking to the budget will allow Rohini to spend more time with her family.