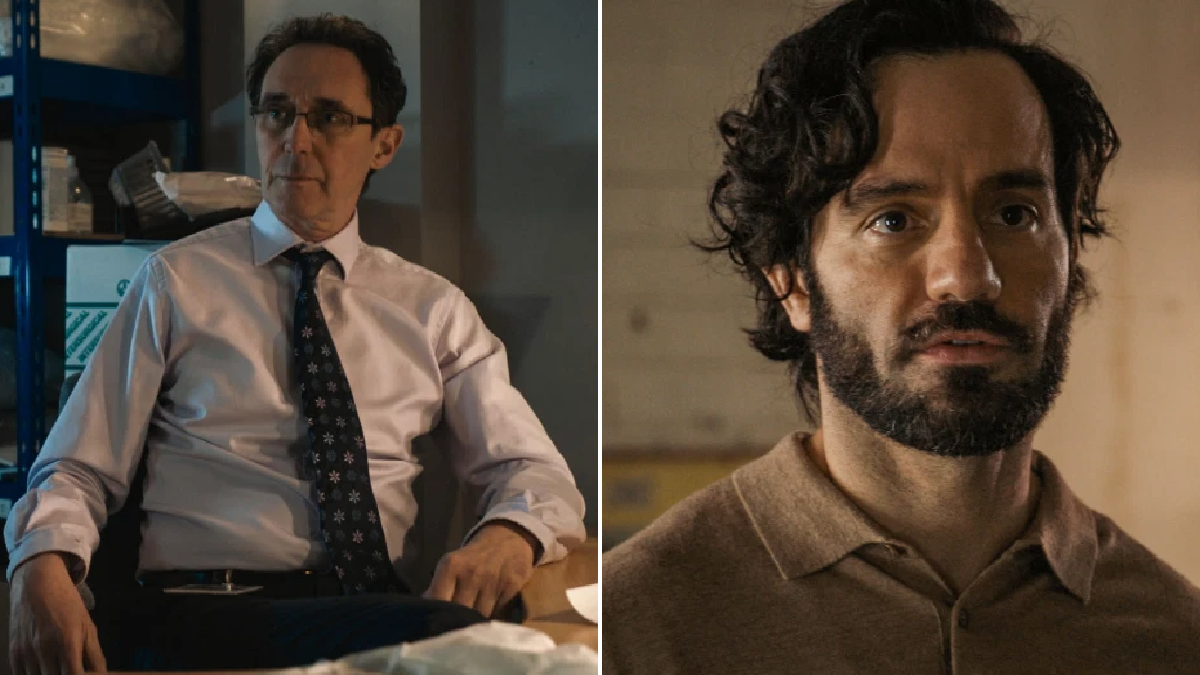 In another powerful episode, Holby City CEO Henrik Hanssen (Guy Henry) was seen struggling with the emotions that have been stirred up by the reappearance of his former abuser, Reyhan Shah, into his life. As Hanssen once again resorted to self-harming as a way of dealing with his pain, he also had to deal with the casualties of a bus crash – who were mostly pupils from his former school.

One of them, Finn (Samuel Menhinick), recognised Hanssen from the media reports about the case, and in heartbreaking scenes he revealed that he was also abused by Shah.

While operating on Finn, Hanssen had seen that his oesophagus was damaged by making himself sick – Finn’s own way of trying to cope with the horror of what Shah had done. ‘Sometimes we find harmful ways of releasing the pain that’s inside us,’ Hanssen told the boy, while realising that he needed to get help himself.

At the end of the episode we saw him finally visit Lucky Simpson (Vineeta Rishi)’s office. His mental pain was obvious even before he rolled up his sleeves to show her his wounds. The thing that was causing him the most distress, he told her, was the thought that if he’d spoken up about Shah sooner he could have spared boys like Finn also being victims.

It looks like recovery might be possible for Dominic (David Ames), too. Perhaps not in the way he’d hoped – by having his stoma reversed – but by learning to accept it and carry on with his life. As he helped Jeong-Soo (Chan Woo Lim) diagnose a patient, he realised that his life doesn’t have to be over and there’s even a consultant’s job going on Keller which he might just apply for.

There might be a job going on Darwin soon as the last we saw of Kian (Ramin Karimloo) he was in a very bad way in the hospital car park, after being beaten up by the thugs who were after Andrei (Sonny Poon Tip), and left wounded in the dark. Andrei had come to the hospital to try to warn him that the thugs knew where he lived, which meant that Kian and Lucky (who is currently living with them while she supervises Kian’s drugs withdrawal) as well as Andrei were at risk.

Kian was held up after theatre by his patient’s mother who needed reassurance, and by the time he got outside Andrei was already in a car with the nasty men, and one of them attacked Kian with a baseball bat.

In better news, the episode saw the very welcome return of Jason (Jules Robertson), who hasn’t been seen since before the first lockdown. He wasted no time in telling people about his Auntie Serena: ‘Everybody loved her.’

And Evie Fletcher (Phoebe French) has got herself a new job at Pulses. The wages are rubbish but there’s all the stale muffins you can eat.

Sue Haasler is the author of five novels and the official BBC Holby City book, which you can read about here.