Housing prices across the country re-accelerated through May as a combination of ultra-low interest rates, strong consumer confidence and low supply drove prices to their highest levels in every capital city.

Figures released by CoreLogic on Tuesday showed Sydney house prices jumped another 3.5 per cent last month to be 11 per cent up over the quarter. 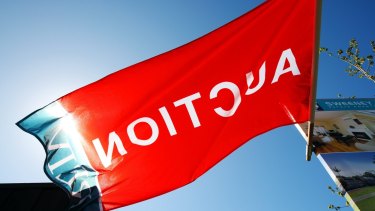 House price growth re-accelerated through May led by strong gains in every capital city.Credit:Jessica Shapiro

But the soaring prices are not just confined to the nation’s two largest housing markets. 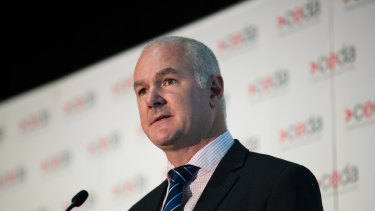 Hobart, Darwin and Canberra house values have all increased by more than 11 per cent this year alone.

Over the past year, the strongest market is Darwin with house values there up by 21.1 per cent. The second strongest is Canberra with values up by 17.7 per cent.

“The combination of improving economic conditions and low interest rates is continuing to support consumer confidence which, in turn, has created persistently strong demand for housing,” he said.

“At the same time, advertised supply remains well above average. This imbalance between demand and supply is continuing to create urgency amongst buyers, contributing to the upward pressure on housing prices.”

Outside of the capitals, dwelling prices across regional NSW increased by 2.5 per cent in May while they lifted by 1.7 per cent in regional Victoria and by 1.9 per cent in both regional Queensland and regional Tasmania.

Mr Lawless said housing values over the past three months had climbed in 97 per cent of the nation’s housing markets.

“Such a synchronised upswing is an absolute rarity across Australia’s diverse array of housing markets,” he said.

The strong market has resulted in the number of days a property remains up for sale has fallen to an all time low of less than 30 days. The median discount offered by sellers has also dropped to its smallest level on record.

A continuing issue is the low number of properties on the market.

Mr Lawless said the total number of properties up for sale is about 24 per cent below its long term average. The only city where listings are higher than their long term average is Melbourne.

In a sign of how the market is changing, Mr Lawless said the top quarter of the market is now driving the biggest increases in prices.

The upper quartile of the market lifted by 9.2 per cent in the quarter compared to 4.2 per cent for the cheapest quartile.