How the Brooklynettes dancers are keeping NYC —and the NBA— going

As the Brooklyn Nets gear up to face off against the Milwaukee Bucks in Game 5 of the NBA’s Eastern Conference playoffs Tuesday, the team’s all-female dance group is keeping the energy high — and rebounding from the pandemic.

“It wasn’t until very recently that we were like, ‘Wait, I think we are the only ones actually performing,’” Brooklynettes head coach Asha Singh told The Post.

“But coming back was just like running business as usual for us,” added Singh, 31. “Our level of excellence, our Brooklyn standard, has always been top-tier.”

The former team dancer-turned-drill instructor and her 20 hoofing hotties resumed in-person performances at the Barclays Center in February — nearly a year after the COVID-19 eruption placed them on an indefinite sabbatical.

When the NBA suspended its 2019-2020 season last March, it left the league’s 30 dance troupes — one for each team — out of work. Even when games resumed in July, with teams living and playing within a “bubble” in Orlando, Florida, the dancers weren’t included.

“Our whole entire world was rocked. It was tough,” said Singh, who was in the middle of her first year as coach. “[We went] from a high-energy schedule to nothing.”

The Kansas City native has been dancing since she was 5. Before joining the Brooklynettes in 2013, Singh performed onstage with artists like Beyoncé and Alicia Keys. But the pandemic put a hard pause on her groove for the first time.

Like most New Yorkers, she and her dancers spent the first few weeks of quarantine locked inside their respective homes, waiting out the uncertainty of the virus. Auditions for the 2020-2021 Brooklynettes season were cancelled.

But the troupe didn’t stay still for long — after all, video calls aren’t just for desk-bound workers.

“We held practices over Zoom,” said team captain and choreographer Pamela Gaccione, who started dancing for the Nets Kids company at age 12, when the team still repped the Garden State. (She joined the adult squad eight years ago, at 18.)

“Of course there were challenges,” she added, noting spotty Wi-Fi setbacks and space restrictions. Some of the girls could barely hit a high kick without bumping into furniture in their apartments.

Add that to the fact that many of the women — including Gaccione, a fifth grade social studies teacher — were also juggling jobs and family commitments. “All of us on the team are not just dancers,” she said. Some were also dealing with the stress of not being able to work at their second jobs during lockdown. “A lot of us are professional actors and models, some are fitness trainers and some are cooks.”

But it finally got to the point that dancing in the house was too limiting.

“A lot of the time dancers would have to take the choreography that was given over Zoom to a bigger area to try it out,” Gaccione said. A few girls met up outside of the Barclays and ran through their moves together while socially distanced.

Now that they are back inside Barclays, there are some changes. In the pre-pandemic days, the women took center court to dazzle the crowd. Now, as regulations shift, they dance on two stages that were recently built inside the venue or on platforms right alongside the fans in the stands.

“I cannot even explain the energy,” Brooklynette co-captain Celine Edmondson — a 25-year-old pro dancer who performed with Maluma at the 2020 VMAs — said of recent audiences. “It’s unmatched.”

“We hear fans yelling, ‘I love you Brooklynettes, you’re the best!’” said Singh, who’s typically on the sidelines watching her dancers’ every move. “You can feel the exchange of energy between the fans and the dancers. It’s been really incredible.”

There has been one challenge, she admitted: “We had to relearn how to dance with a mask on. 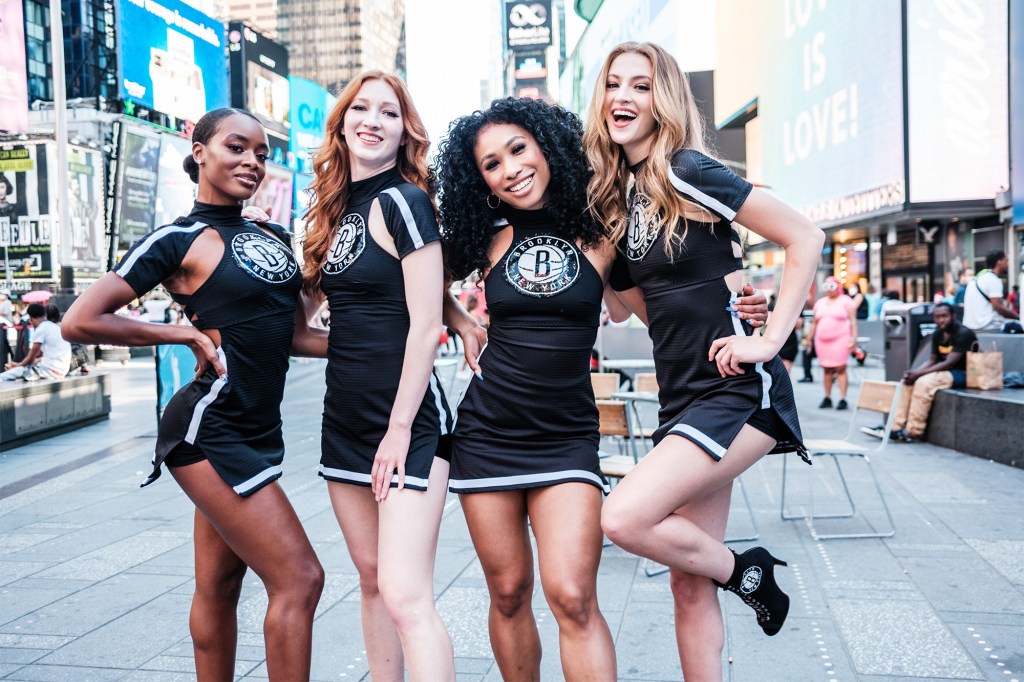 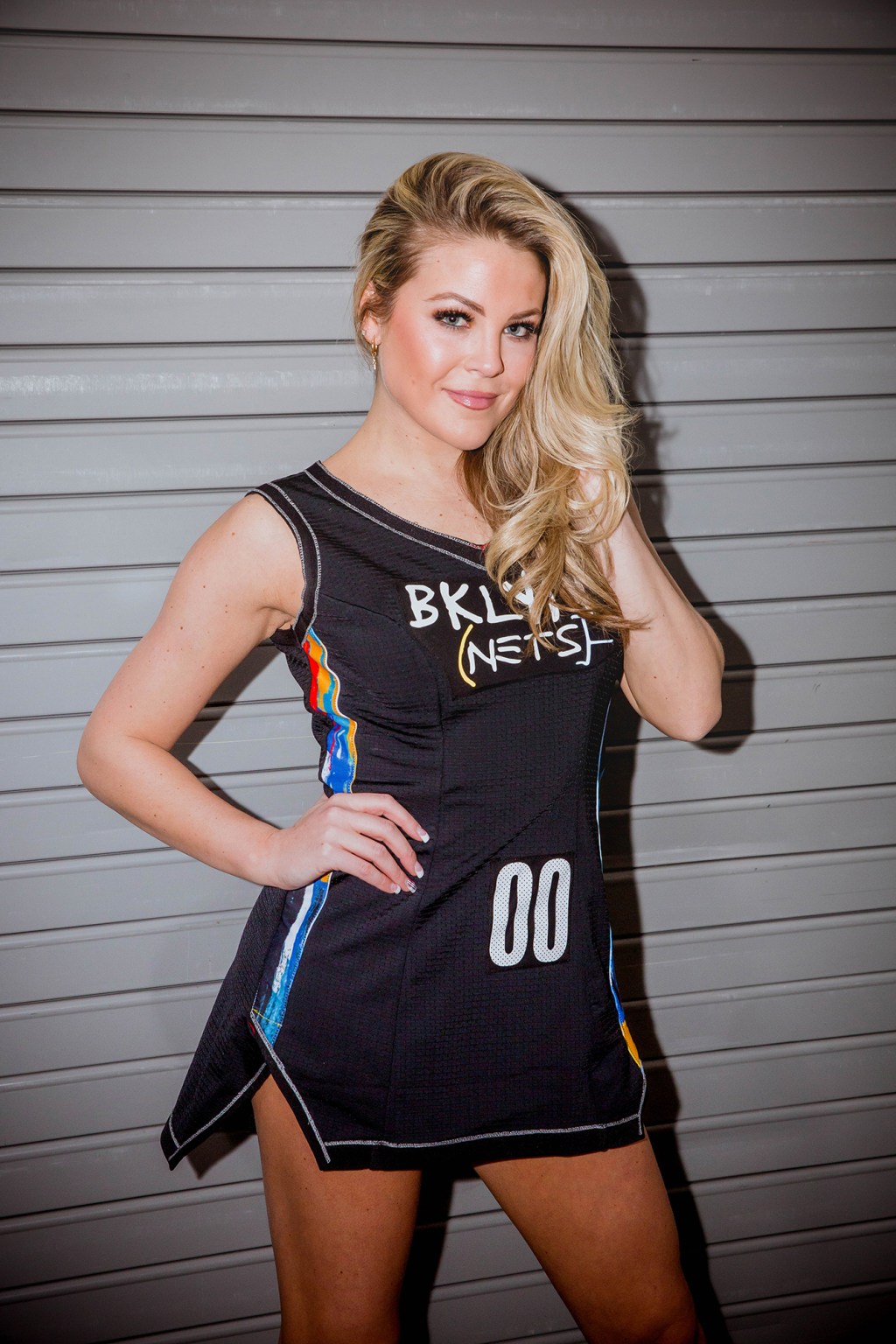 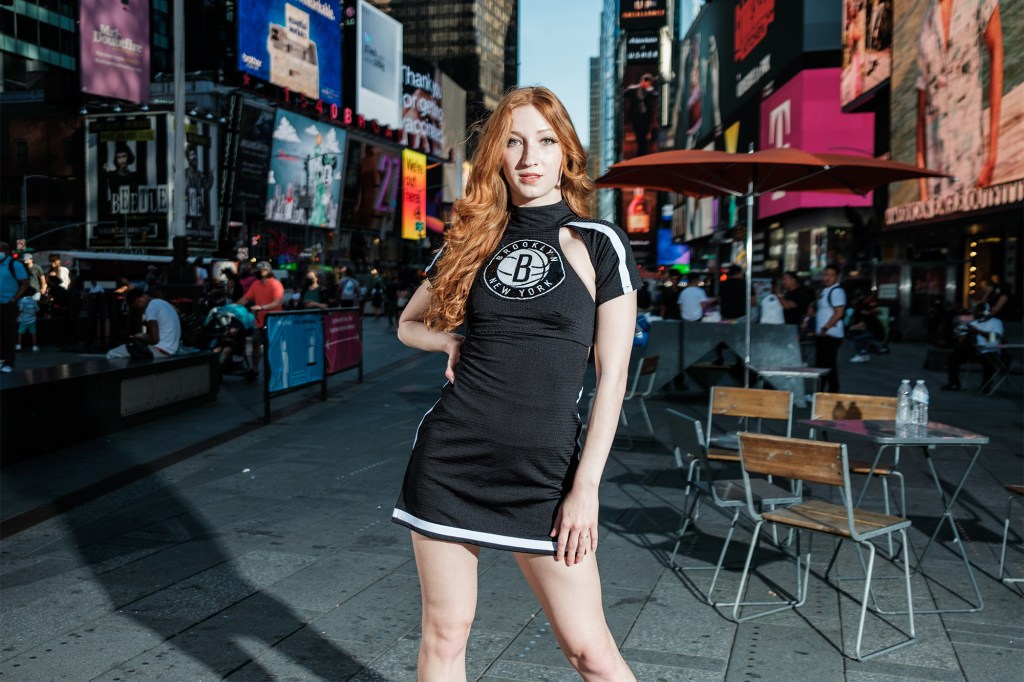 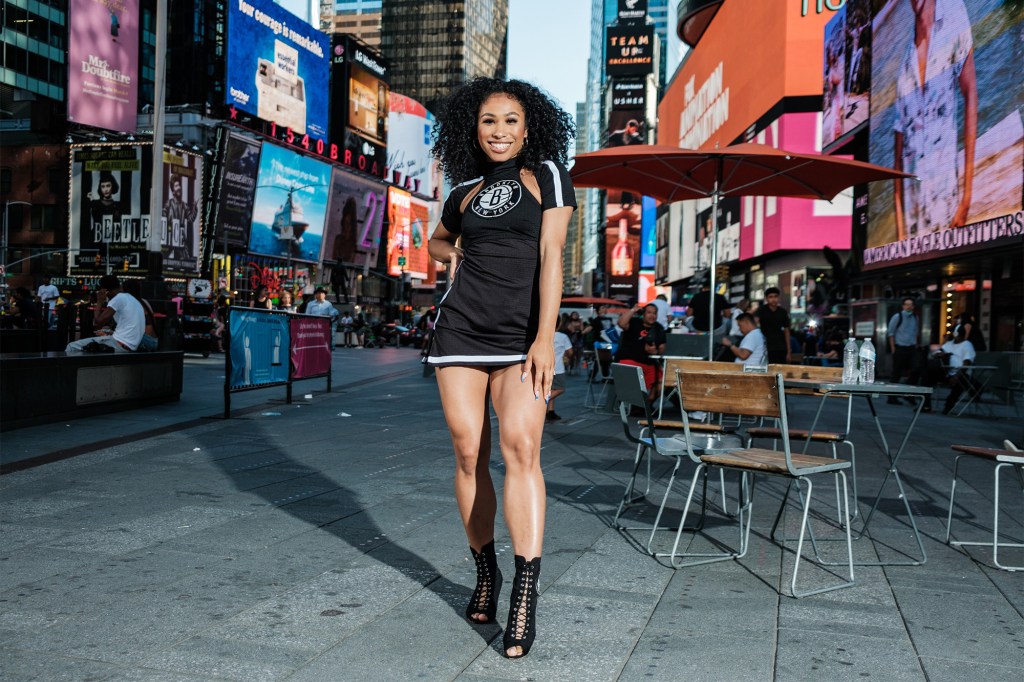 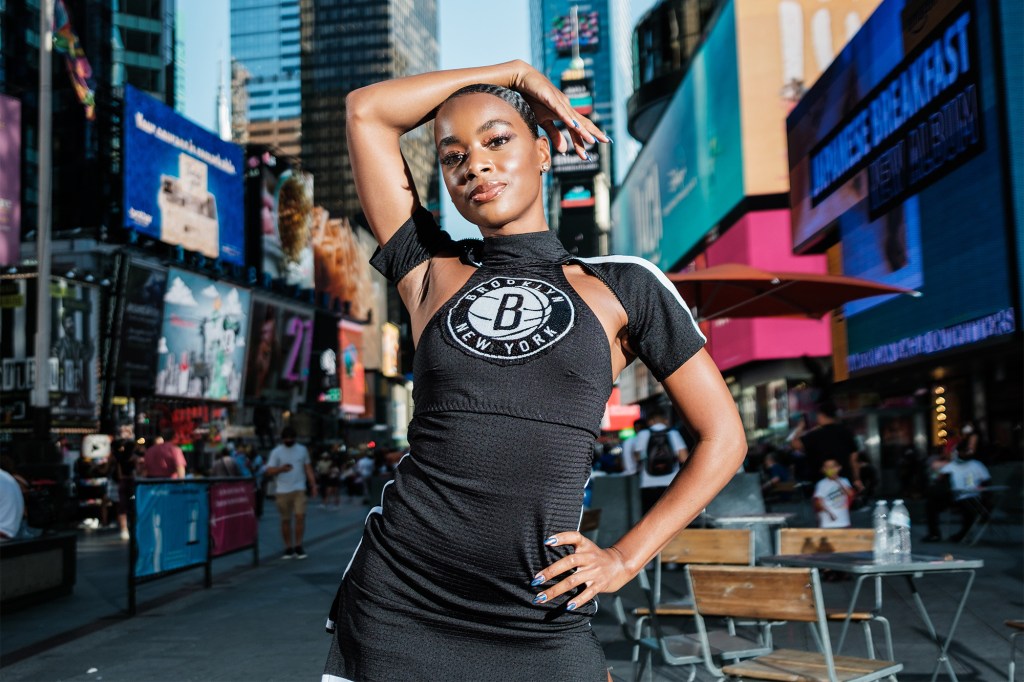 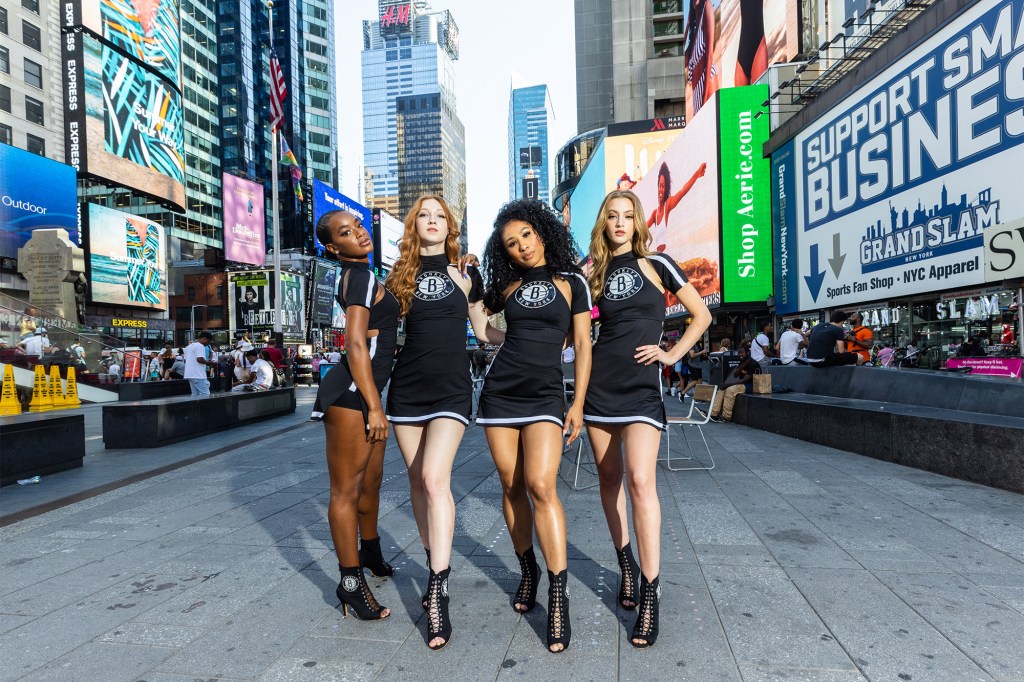 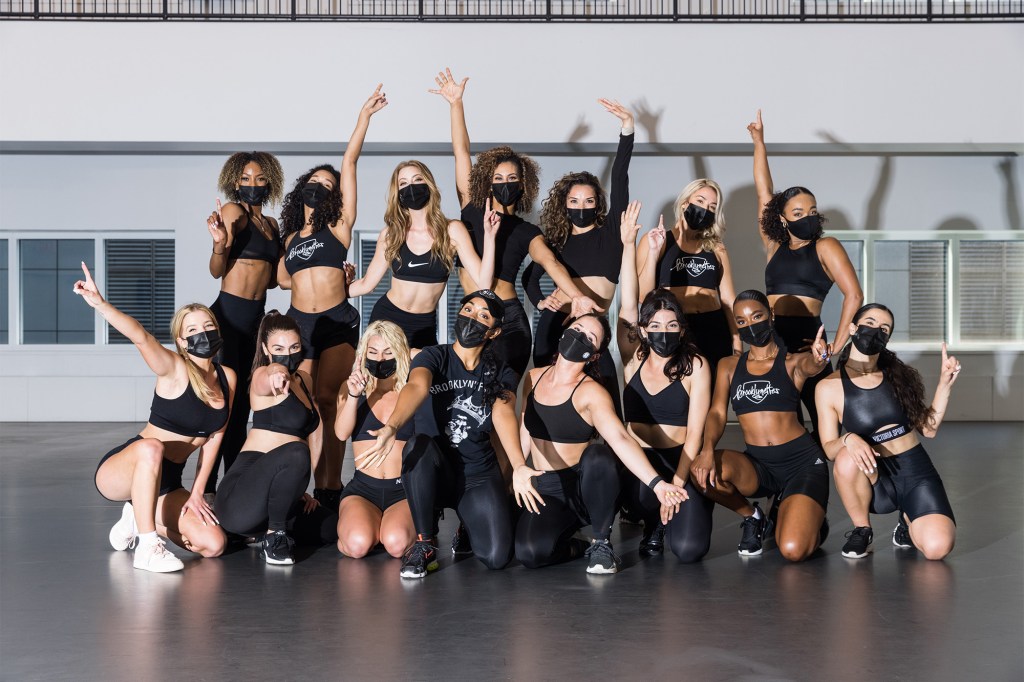