HOME Essentials is selling a stunning BBQ and bar gazebo that you can get your hands on for £175.

The gazebo is usually £200 but with a "secret code" that takes £30 off the price, the summer bar is a bargain and it includes delivery costs. 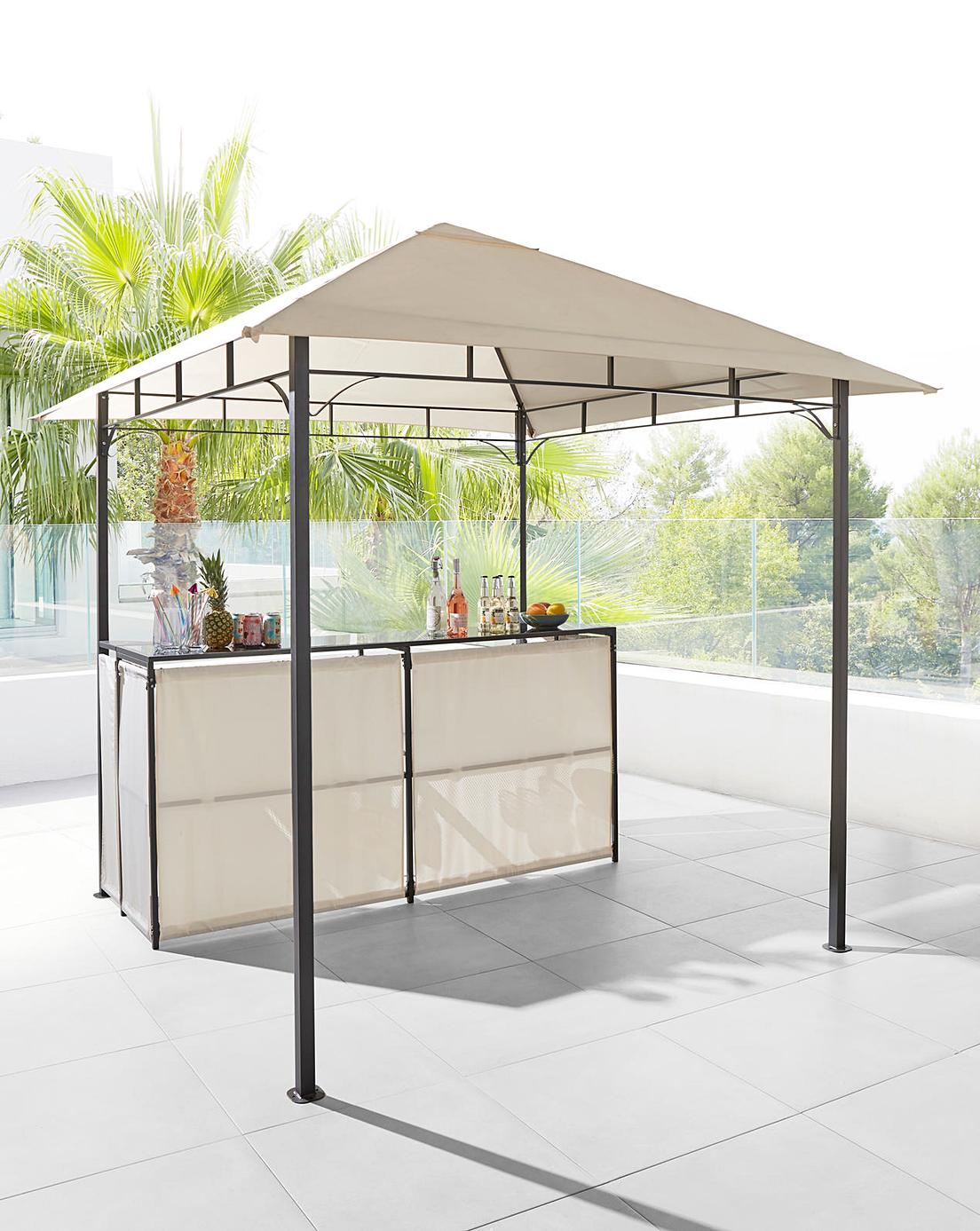 The deal was spotted by HotUKDeals bargain hunters who discovered the secret code and worked out you could save 15 per cent off the price of the gazebo.

Plus you can have it delivered to your home on the cheap, too.

The BBQ and bar gazebo features a steel frame and a waterproof fabric cover, which is perfect if you're hosting drinks in your garden in the unpredictable English weather.

The bar has various shelves for storing beverages too and is covered at the front for a neat and tidy look.

To get the £175 price you just have to add the gazebo to your basket along with something cheap, like a £2.50 pillow case to take your order over £200.

Then when you go to checkout, use the discount code "SAVE3" where prompted in the promo box, which will take £30 off your order.

So with a pillow case and the gazebo in your basket, and using the code, your order total will be £171.50, then you'll just have to fork out an extra £3.50 for delivery.

While you can buy the gazebo now, you might have to wait a while to receive your order as it likely won't arrive until at least June 28.

The other things you add in your basket will come sooner though.

It's always worth shopping around for the best deal because even though something is on offer it doesn't make it the best bargain.

Aldi has launched a tiki-style bar for £200 too but there are no tricks to getting any extra money off this one.

That means that it's technically £25 more expensive than the Home Essentials version that you can get with the discount code, plus the extra delivery fees from Aldi too.

Aldi's bar is also currently sold out and it doesn't feature the extended canopy overhead, so you'll have less dry space over your bar on rainy days.

At The Range you can buy a BBQ gazebo for £130 which is £45 cheaper than Home Essential's discounted one but you'll miss out on the garden bar feature that's included in the £175 one.

It does have shelves on either side for you to rest a drink but there is isn't anywhere to store bottles or surfaces to practice any mixology skills.

If you're after more saving inspiration, then Home Essentials also has discount codes for smaller budgets.

In the past shoppers have shared secret sales codes that let you pick up loads of kids clothes at Next for bargain prices.

We've also revealed the secret codes you can get to claim massive discounts on takeaways too.

Previously Aldi sold an exact replica of the newest BBQ and bar gazebo from Home Essentials but it was £50 cheaper back then.