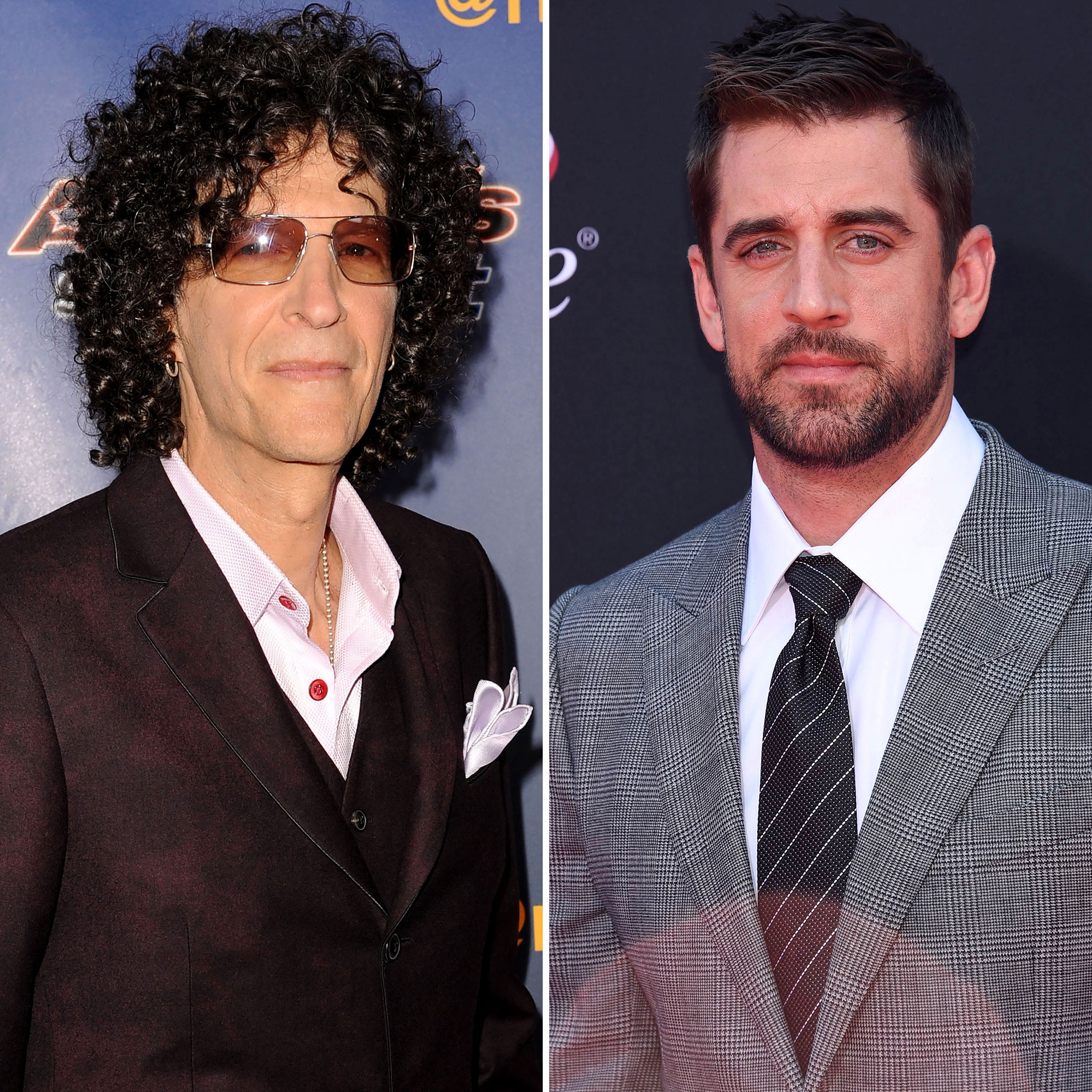 Not holding back! Aaron Rodgers‘ controversial opinion about the coronavirus vaccine continues to spark debate among both fans and fellow stars — and Howard Stern is the latest to join the conversation.

Aaron Rodgers’ Vaccine Controversy: Everything to Know So Far

“I was so worked up over the weekend about this f–king Aaron Rodgers of the NFL. I don’t even know where to begin with that story,” the Howard Stern Show host, 67, said on the Monday, November 8, episode of the radio broadcast. “I mean, this f–king guy. I don’t watch football, sorry. I’m not a big fan. I know the guy’s a real good football player, that’s why they put up with his bulls–t.”

The New Yorker said that Rodgers, 37, should face major consequences for seemingly lying about his vaccination status before the football season began. (Rodgers, for his part, recently asserted that he didn’t conceal the truth.)

“If there was decency in this world, I would throw this guy out of the football league so fast [for] what he did to his fellow teammates,” Stern continued. “And, you know, bravo [to] Terry Bradshaw for what you said and everyone else who’s got half a brain in this country. But this f–king guy, they should throw him out of the league so fast. … Come on, dude, really?”

The Green Bay Packers quarterback was benched during the Saturday, November 6, game after testing positive for coronavirus days prior. The NFL issued a statement at the time noting that both Rodgers and his team would be placed under review before the athlete addressed his comments from months prior about being “immunized” against the virus.

“It wasn’t some sort of ruse or lie, it was the truth. … I’m somebody who’s a critical thinker. I march to the beat of my own drum,” Rodgers said during “The Pat McAfee Show” on Friday, November 5. “I believe strongly in bodily autonomy, [in the] ability to make choices for your body, not to have to acquiesce to some woke culture or crazed group of individuals who say you have to do something.”

The former Super Bowl MVP argued that there’s no “one-size-fits all [solution] for everybody” when it comes to healthcare, claiming that he sought alternative options because he’s allergic to an ingredient in the Pfizer and Moderna shots. When he heard concerns raised about the Johnson & Johnson version, he decided that not getting vaccinated was the “best” idea for him.

“It was not something the league didn’t know about,” the California native continued. “The league was fully aware of it upon my return to the Packers. … My medical team advised me that the danger of having an adverse event [to the vaccination] was greater than getting COVID and recovering.”

Rodgers assured listeners at the time that he was “not telling somebody to get vaccinated or not get vaccinated.” Stern, however, believed the comments were irresponsible — especially coming from someone with such a big platform.

“You know that whole bulls–t game [of], ‘Yeah, I have the antibodies.’ I don’t know where these guys get their information from,” the former America’s Got Talent judge said on Monday. “At the press conference, he said he got his information from Joe Rogan. With all due respect … I don’t know what has happened to this country.”

Unlike Stern, some celebrities have been more supportive of Rodgers’ take, including Carrie Underwood‘s husband, Mike Fisher, who noted via Instagram, “I believe in the freedom to choose what we put in our bodies and the freedom of conscience.”