The actress, who is a transgender woman, also left five exclamation points in the comments section.

The post claimed the rule change “means more trans people will have to pay for their transitions out of pocket, forcing more of [them] into sex work.”

“Y’all just couldn’t stand to let binary trans people be the voice of the community,” the message continued. 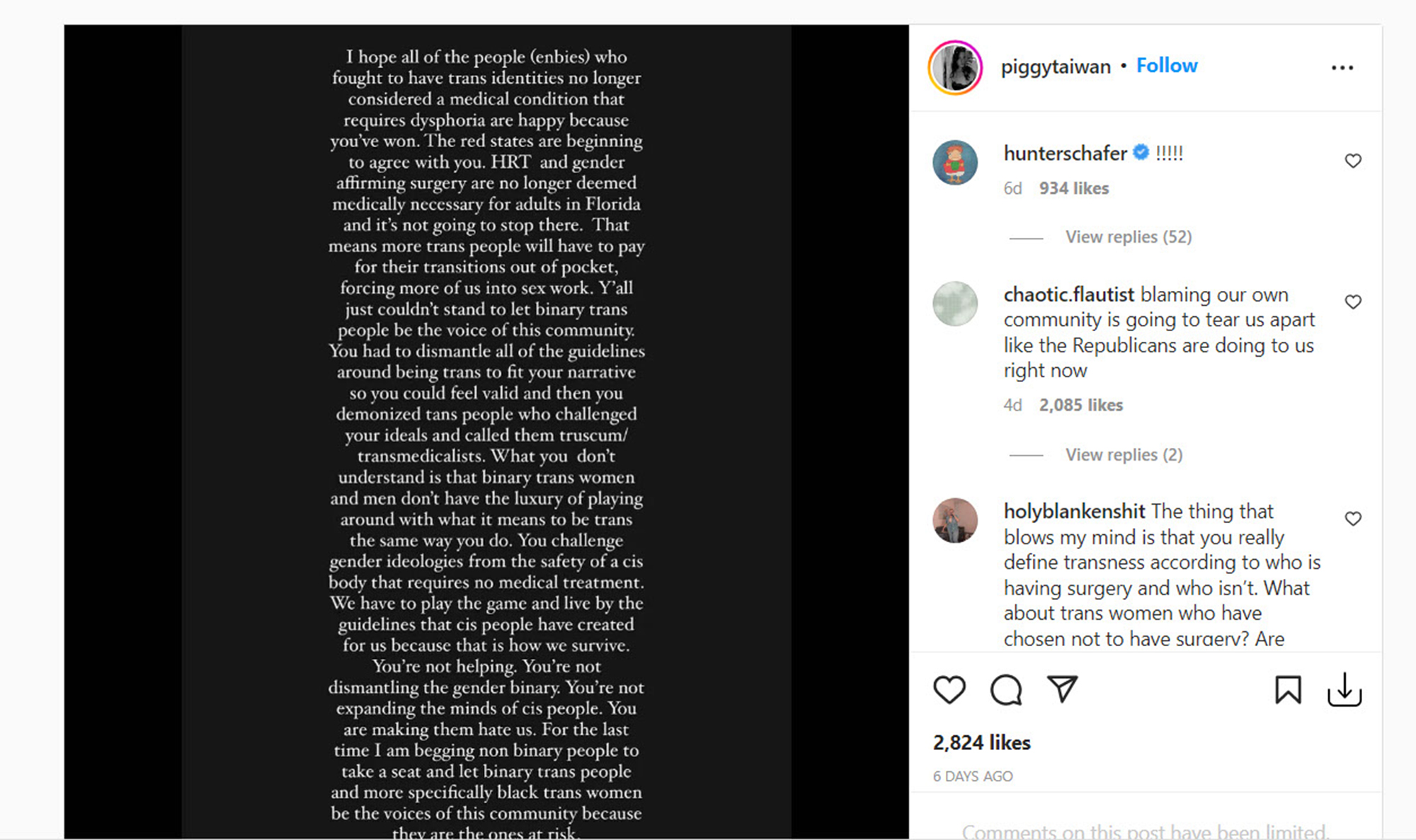 The author also alleged that non-binary trans people “demonized” those who questioned their beliefs and called them “truscum/transmedicalists” — or people who believe being trans is dependent on gender dysphoria or requires medical treatment to transition.

“What you don’t understand is that binary trans women and men don’t have the luxury of playing around with what it means to be trans the same way you do,” the post continued.

“For the last time I am begging non binary people to take a seat and let binary trans people and more specifically black trans women be the voices of the community because they are the ones at risk.” 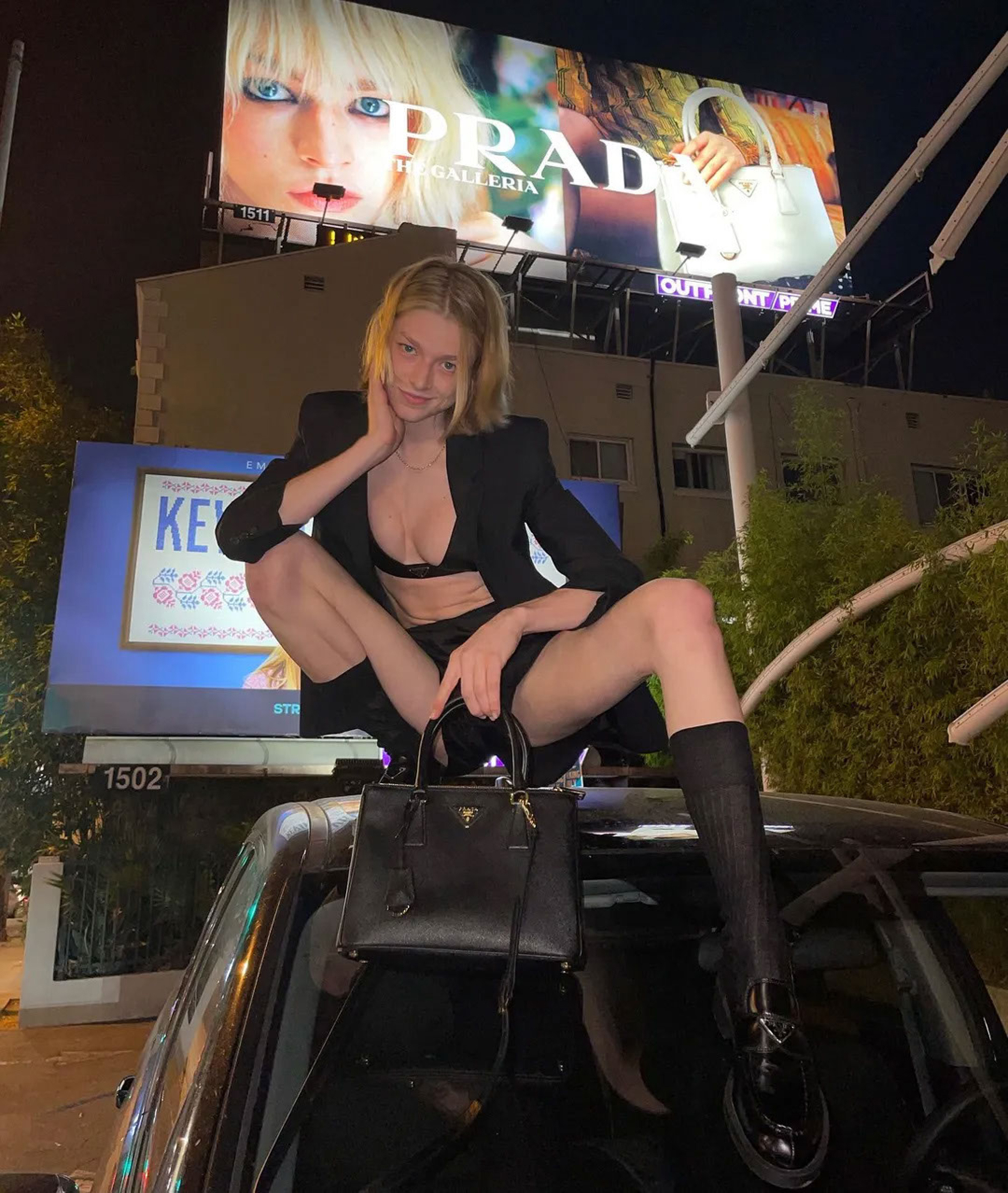 Several fans took to the comments section and Twitter to express their outrage over Schafer’s apparent approval.

“hunter schafer when she finds out transphobia is to blame for transphobic laws and not non-binary ppl,” another added. 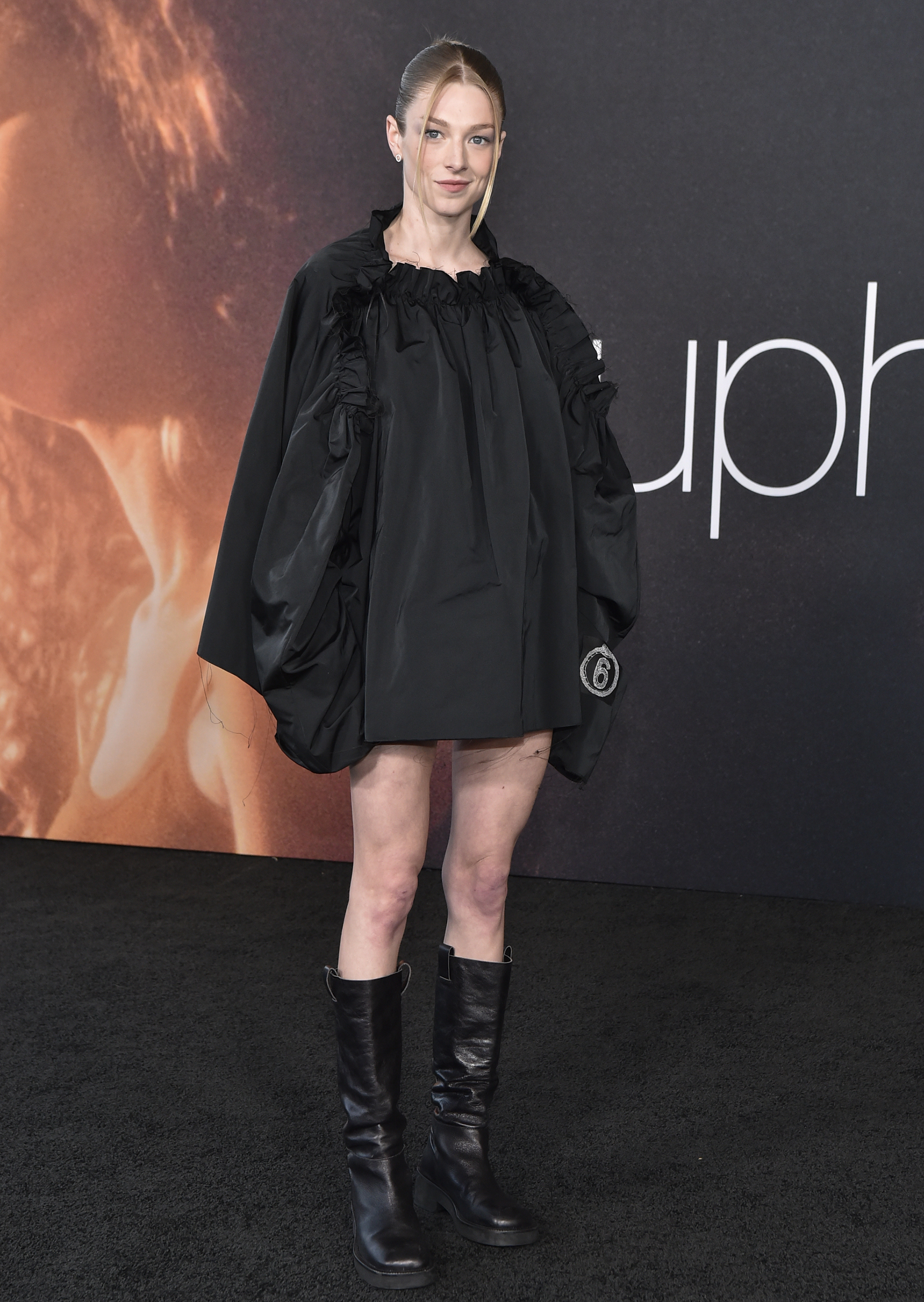 “hunter schafer hating nonbinary ppl was not on my bingo card but is SO rich white woman of her but Also rooted in the idea that nonbinary people are just ‘trans-lite’ and therefore are less deserving of affirming care and that’s a very harmful mentality that we need to disable <3,” a third user wrote.

“a white woman is a white woman before anything else. hunter schafer, regardless of being trans, has chosen to align herself with white and/or cis people and place blame on nonbinary people. its very easy to pick a scapegoat instead of challenge your own internalized transphobia,” someone else tweeted. 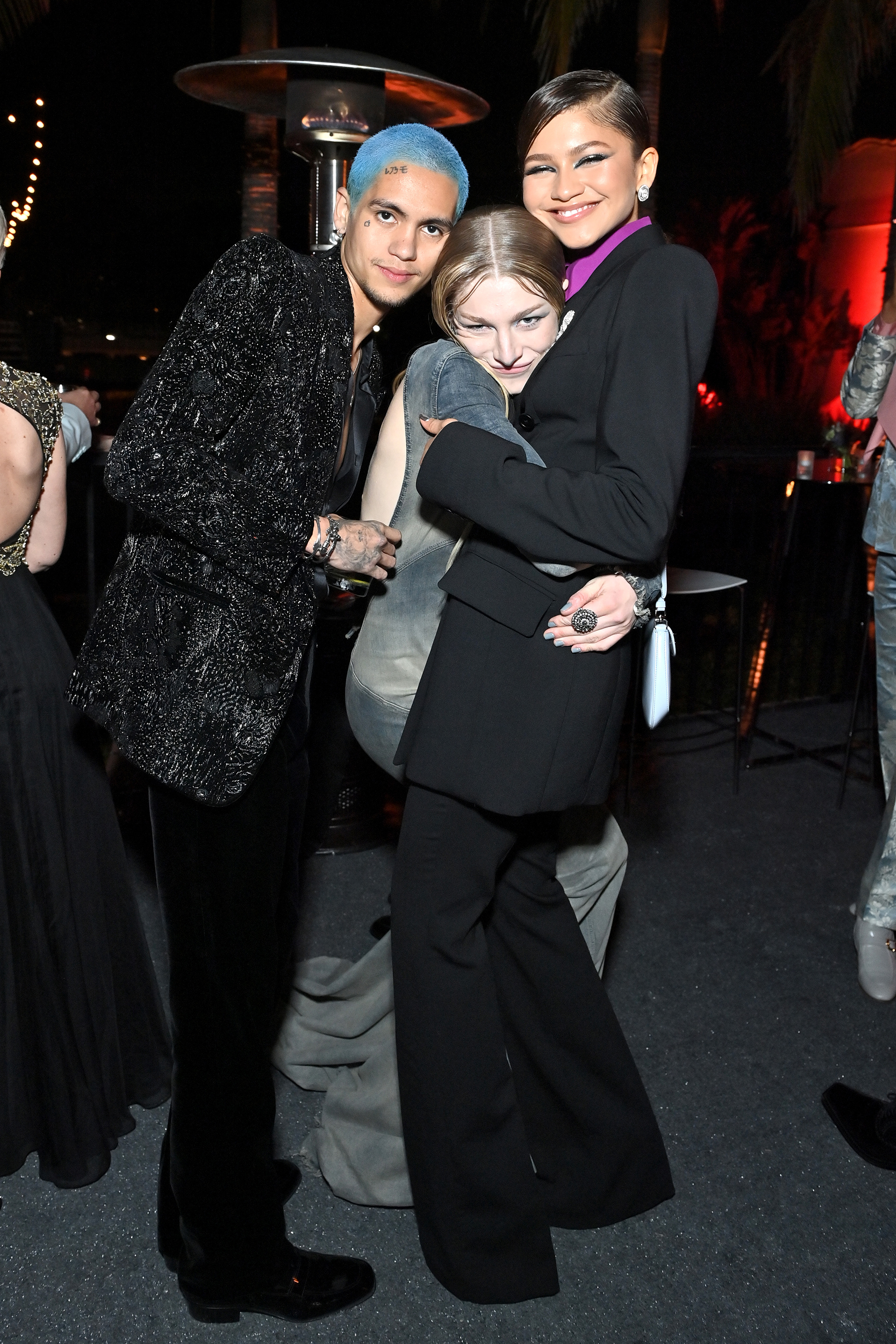 The actress has not responded to the criticism or addressed “liking” the post.

Her rep did not immediately respond to Page Six’s request for comment.