A MUM diagnosed with a deadly cancer was forced to have her eye removed – and can now blow out candles through her empty socket.

Emma Cousins, 34, from Sheffield, has developed the unusual party trick after learning to live with one eye. 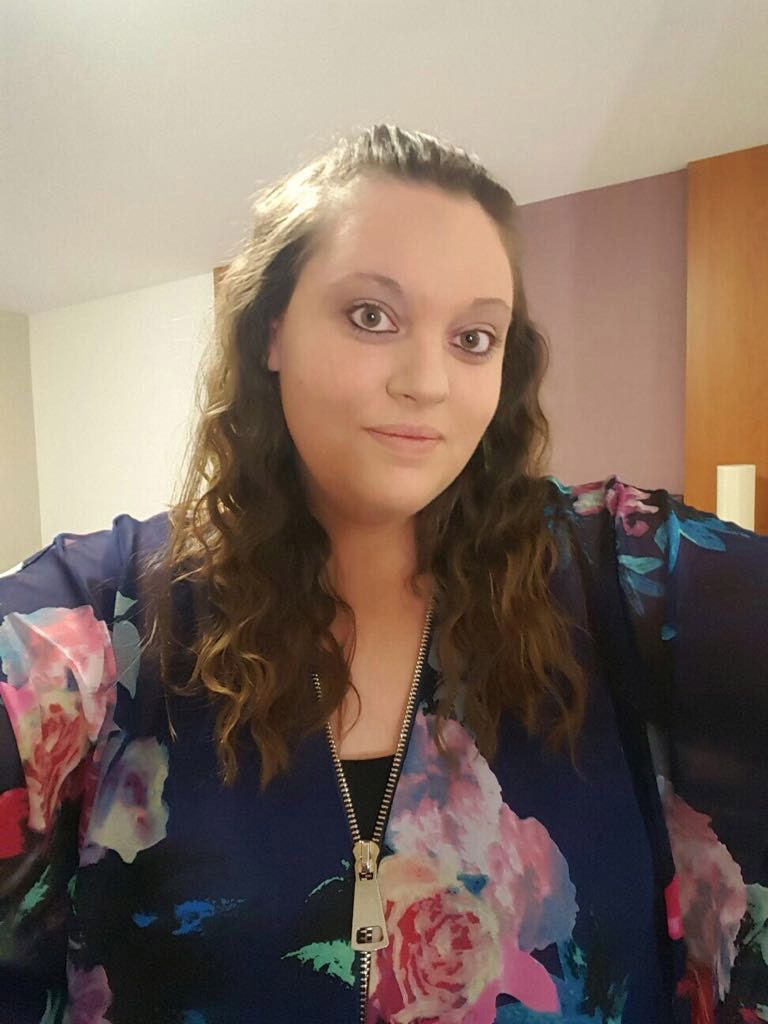 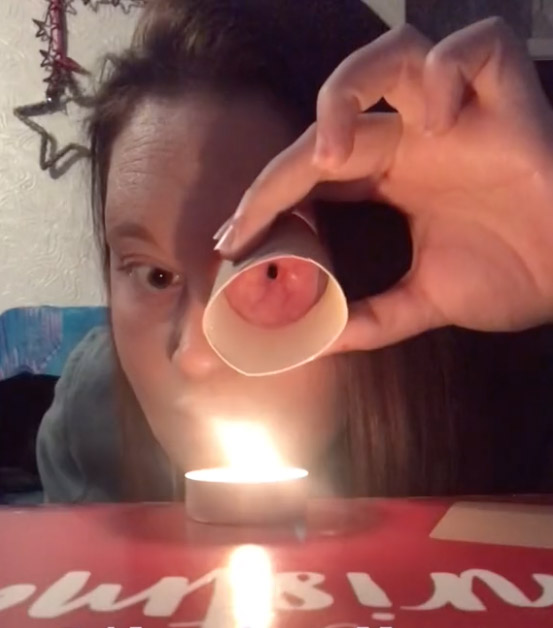 She said: "During lockdown and having most consultations over video chat, it was hard to show how much air came out of the hole, so I saw my daughter one day blowing bubbles and thought I will try it with my eye and it worked.

“I started doing it for consultations and then for fun – the kids love it! Trust me to have an amazing party trick during lockdowns when people avoid having parties."

She was diagnosed with mesenchymal chondrosarcoma – a type of cancer – in April 2018 after spotting her left eye bulging.

The mum was staggered to be told the tumour had been growing for 15 years.

Emma, who is mum to an 11-year-old son and five-year-old daughter, said: “My eye felt stretched and I felt sick,”

“The doctor thought it was a small bleed so I saw an out of hours optician who asked if I had any selfies on my phone.

“I had six years’ worth of pictures so I showed the optician, who asked to see pictures of me from further back.

“It was at that point I thought ‘oh no something is wrong’. I managed to find pictures of me at 15.

“The optician said he didn’t know for sure but that it looked like something had been growing behind my eye since I was 17.”

Looking at the images side-by-side, Emma could see a subtle difference as her eye appeared to grow and bulge over time.

She was booked in for an MRI scan which found a large tumour growing behind her eye, and in April 2018 a biopsy was taken to see if it could be salvaged.

The 34-year-old was diagnosed with a form of sarcoma cancer – and told she would lose her eye. 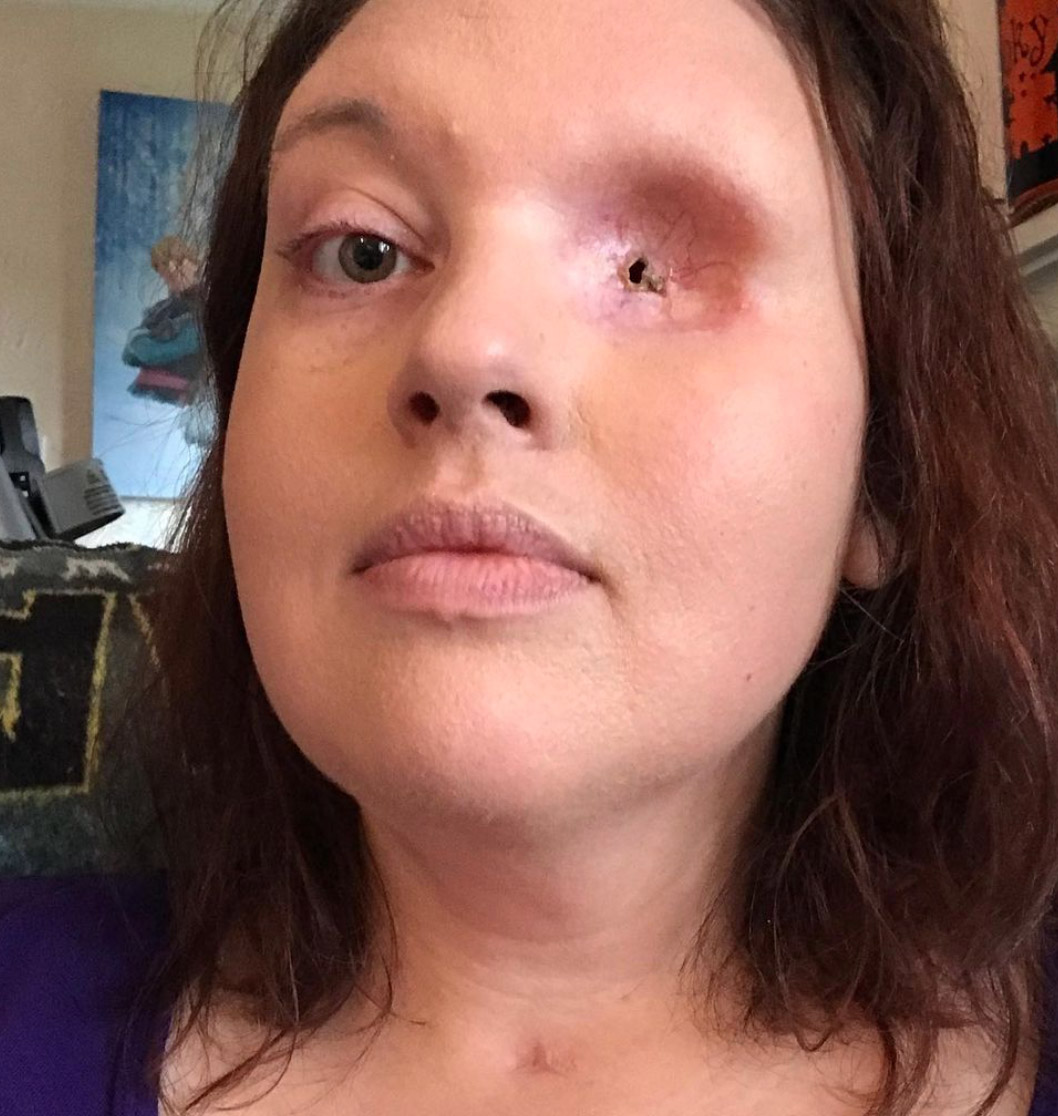 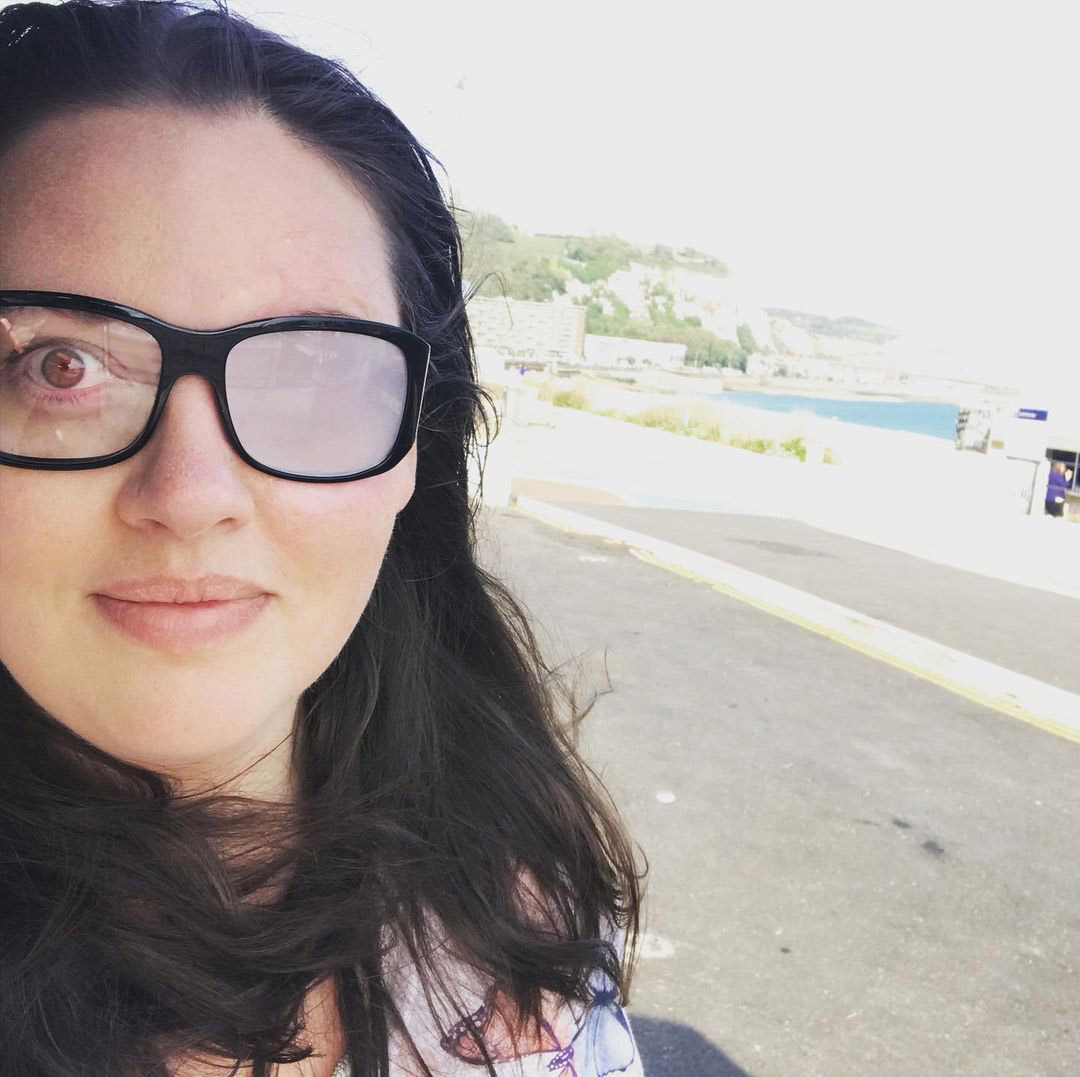 Emma said: “The doctor said ‘the eye will have to come out’ and told me I’m the only person in England with it, and that chemotherapy wouldn’t work.

Over the following weeks, surgeons planned the tricky surgery, warning the mum that, while they would remove as much of the tumour as possible, she would be left disfigured.

Emma said: “I had to tell my children because, with my eye going, I couldn’t hide it from them.

“I told them I needed to have my eye removed then I would be better.

In June 2018, she had her eyeball removed in a terrifying procedure.

“I was nervous but knowing I had cancer and how bad it could be made me feel better about it,” Emma said.

“Losing an eye for a chance of saving my life was a risk I was willing to take."

Although she made it through the surgery, she had a reaction to the radiation therapy.

She ended up in ICU connected to a ventilator as she fought off the debilitating symptoms linked to fulminant multiple sclerosis, which left her “completely paralysed”.

The doctor said ‘the eye will have to come out’ and told me I’m the only person in England with it, and that chemotherapy wouldn’t work.

She said: “Doctors told my family I would die, but to their surprise I regained the ability to talk, my arms started to work, and I have slowly recovered to the point I can now walk myself – although not as well as I used to.”

Later in June 2018, Emma was referred to have a prosthetic eye made, but decided it looked “fake” and too much “faff”, so opted instead to wear glasses and eye patches.

Over time, a small hole developed in her empty socket – which doctors believe was caused by the radiation – and has widened.

Emma said: “Because the radiation has killed veins in my socket they supply the skin with blood and because blood cannot get to the area the skin dies and that’s what the hole is.

“I’ve waited over a year for the operation but now the hole is getting bigger simple things like having a shower or being in heavy rain can drown me.

“As the hole is directly connected to my lungs – meaning anything going in my eye can enter my lungs.

“I have to stay away from a swimming pool and baths as I could drown.”

She has received global attention on TikTok, after taking to the social media platform to share videos of her empty socket.

Emma added: “During the Christmas of 2020 I started thinking of what else I could do and found I could blow things over and I could make it snow by blowing Rice Crispies and glitter and blowing out candles.

“I used a toilet roll to direct the air as I can’t control how it comes out but by sniffing, I can control how much air comes through the hole. So I can blow candles out or send just enough air out to make the flame flicker.

“The fun element of it really has helped with the kids as they see me having fun with it rather than the harsh reality of me needing to have another operation to fix it.

“For now all I can do is wait so I may as well have fun with it!”

One video received 15 million views, with thousands of fans cheering her on.

One person said: "I would just like to say this is not scary but inspiring, unique and beautiful. Because this is who you are."

Now, the mum is focusing on continuing her recovery – which should hopefully involve a procedure taking a chunk of skin from her leg to cover the hole in her socket. 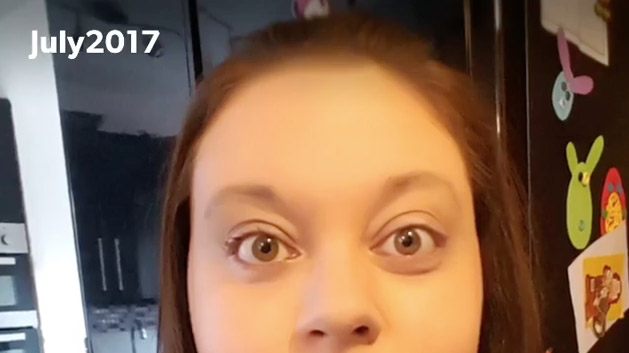 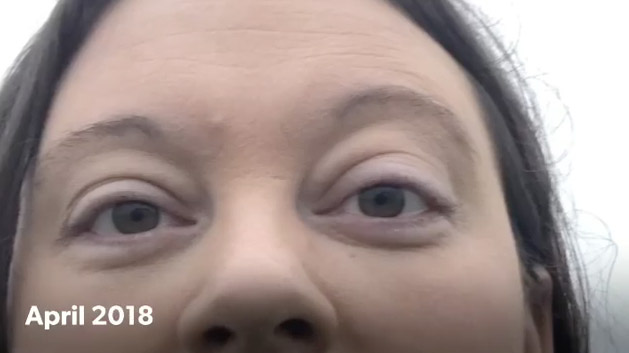