I’m a journalist so, of course, I was one of the 4million people who tuned into Prince Harry’s interview with Tom Bradby.

I sat waiting to hear what revelations were to come from the Duke of Sussex’s memoir, eagerly texting a friend who is also fiending on the latest news from Harry and his wife Meghan Markle.

But I didn’t expect to be completely stopped in my tracks when I heard him speaking so openly and so frankly about the grief he feels for his mother, Princess Diana.

‘I don’t want my children to have a life without a mother or a father,’ he said. Chills took over my body; he was describing my life.

Prince Harry was just 12 years old when he lost his mother from injuries sustained in a car crash and, although I was double his age when I lost my parents, I still feel robbed.

In January 2020, I lost my dad. He was 52 and completely healthy, he had a heart attack as he waited for my younger brother outside his college. 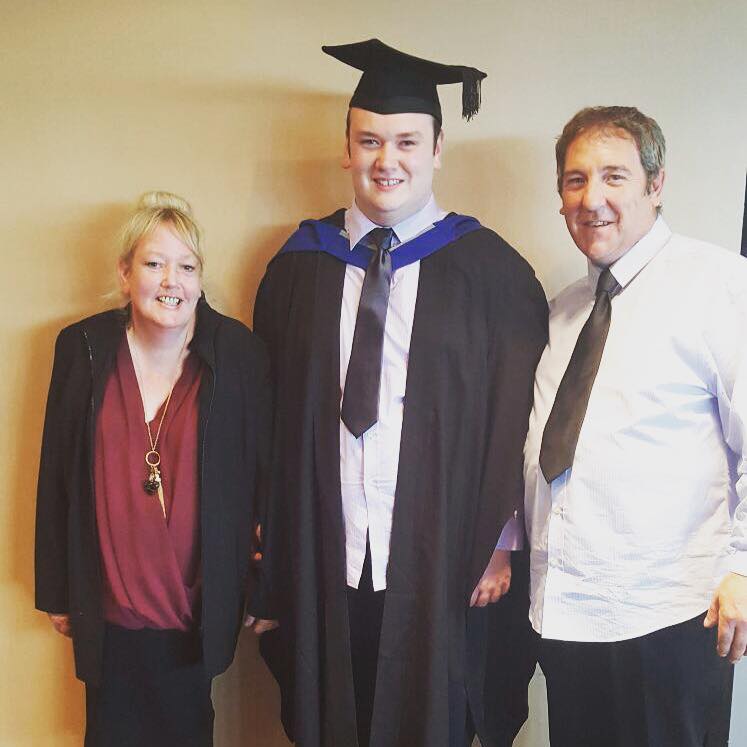 Just 10 months later, I found my mum lifeless in her bed. She was 48 and, although she had battled with illnesses her entire life, showed no sign of leaving us.

My world – as did Harry’s and his older brother Prince William’s – completely fell apart. That’s why, despite everything that may or may not have gone on, I have silently hoped for reconciliation between them. They share a bond so unique, I could not imagine losing contact with my brothers after what we have been through together.

But there was more.

‘One of the things I feel saddest in the book,’ Tom started, ‘Is that you have problems with your memories before [your mother’s death]. You’ve lost them, and that just seems so sad.’

Harry replied: ‘Yeah, I lost a lot of memories on the other side of this mental wall, which I think is so relatable for so many people who have experienced loss.’

It is, only I’ve never heard anybody speak about it before. Especially somebody as high profile as Prince Harry.

I’m fortunate enough that I do remember life with my mum and dad, I am able to look back on all of the happy memories I have of them – and regret the silly arguments I had with them – but my memory loss takes place between their deaths.

I pretty much don’t remember 2020, but perhaps that’s for the best.

While I vividly remember being at the hospital with my mum waiting to see if my dad would make it or not and driving home to tell my brothers the heartbreaking news that he hadn’t, I don’t have memory of the days, weeks, even months afterwards.

Similarly, I remember walking into my mum’s bedroom, somehow already knowing what I was going to find before I’d fully opened the door. I remember calling the ambulance, telling work I wouldn’t be logging back on for the day and sitting as the police ruled out anything suspicious. And then it goes blank. I even had to ask my brothers to remind me of the songs that were played at their funerals.

Just a couple of weeks ago, I was having a conversation with my cousin as we have recently lost my uncle. As somebody who has been through the exact thing she is about to go through, I wanted to offer any assistance I could. Except I can’t.

I felt guilt and shame that despite having lived the experience, many of her questions were left unanswered.

‘What happens to his bank account?’ is one example of a question she’d asked. ‘You have to tell them and they’ll close it down,’ I responded.

‘Or actually, does that happen automatically when the death is registered?’ I had to Google.

I then had flashbacks of myself sat with my mum in an office at my dad’s bank, but I had no idea what we were doing there. I still don’t.

In fact, my memory loss has been so bad in the three years since my dad died that I’ve even spoken to my GP about it, worrying I could have early-onset dementia. It never occured to be that grief literally rips holes out of your memory.

I am constantly misplacing things, forgetting dates and have even bought things I’ve forgotten I already have.

According to Refuge in Grief, ‘memory loss after losing a loved one is a normal response to grief. It tends to be temporary, but it lasts a lot longer than you would think.

‘Realistically, it may be a few years before your grief-induced memory loss abates and your mind’s capacity returns to a recognisable form.’

It’s something that I’ve been too embarrassed to speak about, even to my family and friends. But hearing Prince Harry speak about it with Tom on Sunday night felt like a huge relief.

I’d never heard anybody speak about it publicly and even though my doctor had assured me I was fine, I half-believed that they were just saying it to make me feel better. I felt completely on my own.

To hear somebody of Prince Harry’s status speaking on national television about it felt freeing for me, and I’m sure it did many others as well.

So thank you, Prince Harry, I hope that you are able to continue to grieve in peace.