In celebration of National Ice Cream Day on July 21, “GMA” is exploring some of the most swoon-worthy cold treats around. So, go ahead and treat yourself, and be sure to check back for more of our extreme ice cream picks!

You’ve probably seen these massive, teetering towers of ice cream scoops balancing atop a single cone on your Instagram feed.

Stuffed Ice Cream, nestled in New York City’s East Village, rose to social media fame for its over-the-top, massive ice cream “bouquets” — which can feature up to 21 scoops of ice cream each.

Some may be surprised to know that these bouquets “came up by accident,” according to Jackie Luu, one of the co-founders of the ice cream shop.

“One day I was playing around, trying to put nine scoops on a cone, and it got to a point where we knew we were going to make 20 flavors, so we wanted to throw 20 scoops on a cone,” he said. “And we ended up throwing 21 scoops.”

As impractical to eat as they may seem, they soon realized the stunning balancing act of scoops on the cone could be a big hit in the age of the extra-ness and Instagram, or if you are looking for a treat to share with friends.

“It was very Instagram-worthy, and it’s great for people to share,” he added. “So we decided to make the bouquets happen.” 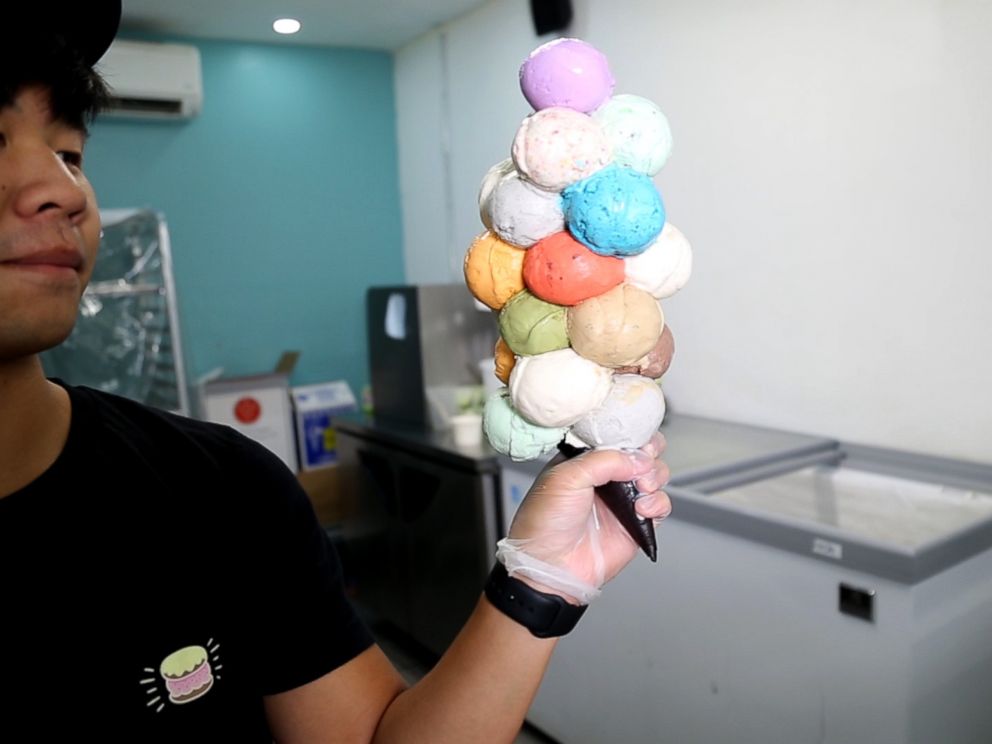 If you are trying to cut back (slightly) on your ice cream consumption, you can also get a bouquet featuring a mere seven scoops.

Balancing a stack of ice cream scoops on a cone takes some skills, Luu says.

“You got to really round out your scoops perfectly, you got to really compact them, and make them really tight,” he said. “And then when you scoop them you have to kind of precisely put them in the angle that it will just keep stacking on top and not fall over.” 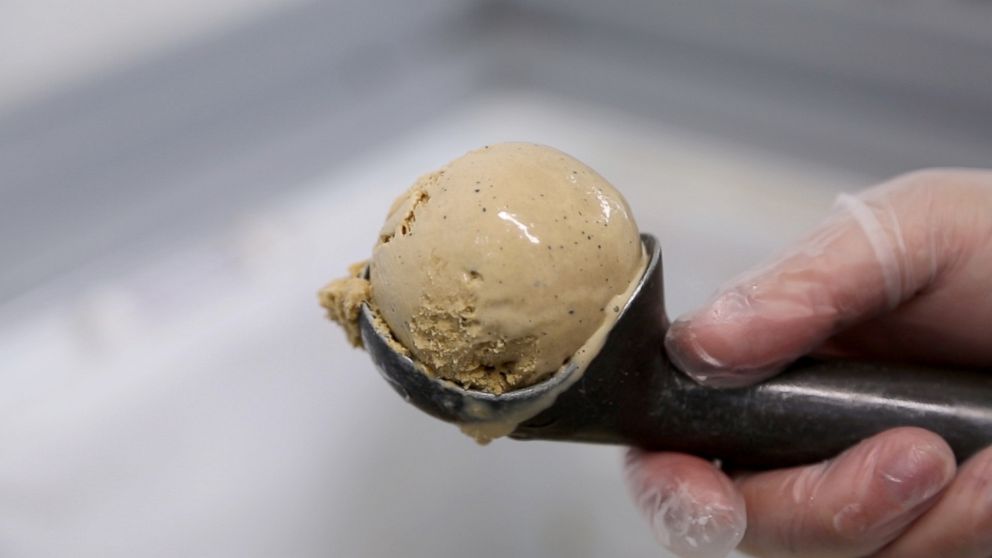 Cones can’t always carry the weight of so much ice cream, he added, saying he’s observed cones “can start cracking around 18 scoops.”

“But we keep going anyway, we like the challenge,” he quipped. 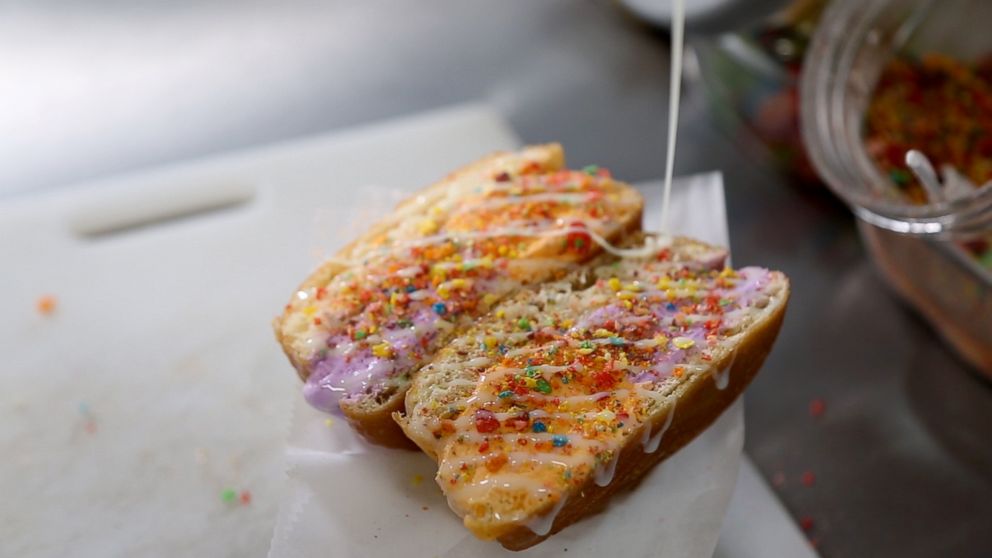 How is it possible to eat an ice cream bouquet?

“Either bring a bunch of friends to eat it with,” Luu said. “Or just eat it quickly and don’t get brain freeze.”

Another star attraction of the tiny ice cream shop is their “cruff” — a doughnut ice cream sandwich.

The sandwich, that comes in a variety of signature flavors, features a house-made doughnut, either glazed or un-glazed, stuffed with ice cream and topped with everything from crushed almonds to caramel sauce to Cinnamon Toast Crunch cereal.

“At the end of the day we make everything here, we’re open to all suggestions, we’re pretty proud of what we make,” Luu said. “If you have any ice cream flavors you want to throw our way we can try to make it happen.”

If you are itching for an excuse to blow your diet and try these summer sweets, this Sunday is National Ice Cream Day.