Makri was looking to celebrate her country’s 200th independence anniversary, while Cassavetes was eager to explore her love of jewelry and reconnect with her Greek roots. Mindy Prugnaud, a partner at the Paris-based buying office Mint, spotted the synergy and got them together.

“I actually met Zoe when she was shooting ‘Emily in Paris’ and became really intrigued with what she was doing. She was obsessed with jewelry and kept telling me how she dreams of being a jewelry designer. I guess when you’re artistic, it doesn’t matter if you’re making a film or a piece of jewelry,” Prugnaud said.

Highlighting the Greek factor was important for both women, even if this is a collaboration aimed at an international market.

“Let’s not forget that there’s millions of Greeks across America, the U.K., Australia, Germany and all over the world. And at the end of the day, I find that whether you can see the link to the Greek Revolution or not, the pieces just came out looking beautiful,” said Makri, who has a strong presence across the U.S.

Following a long run with Barneys, she has now started working with Saks Fifth Avenue, both online and in key New York and Florida locations. Despite the hurdles of the pandemic, sales have been strong, according to Prugnaud, with a steady stream of reorders and new openings in physical locations across the country. 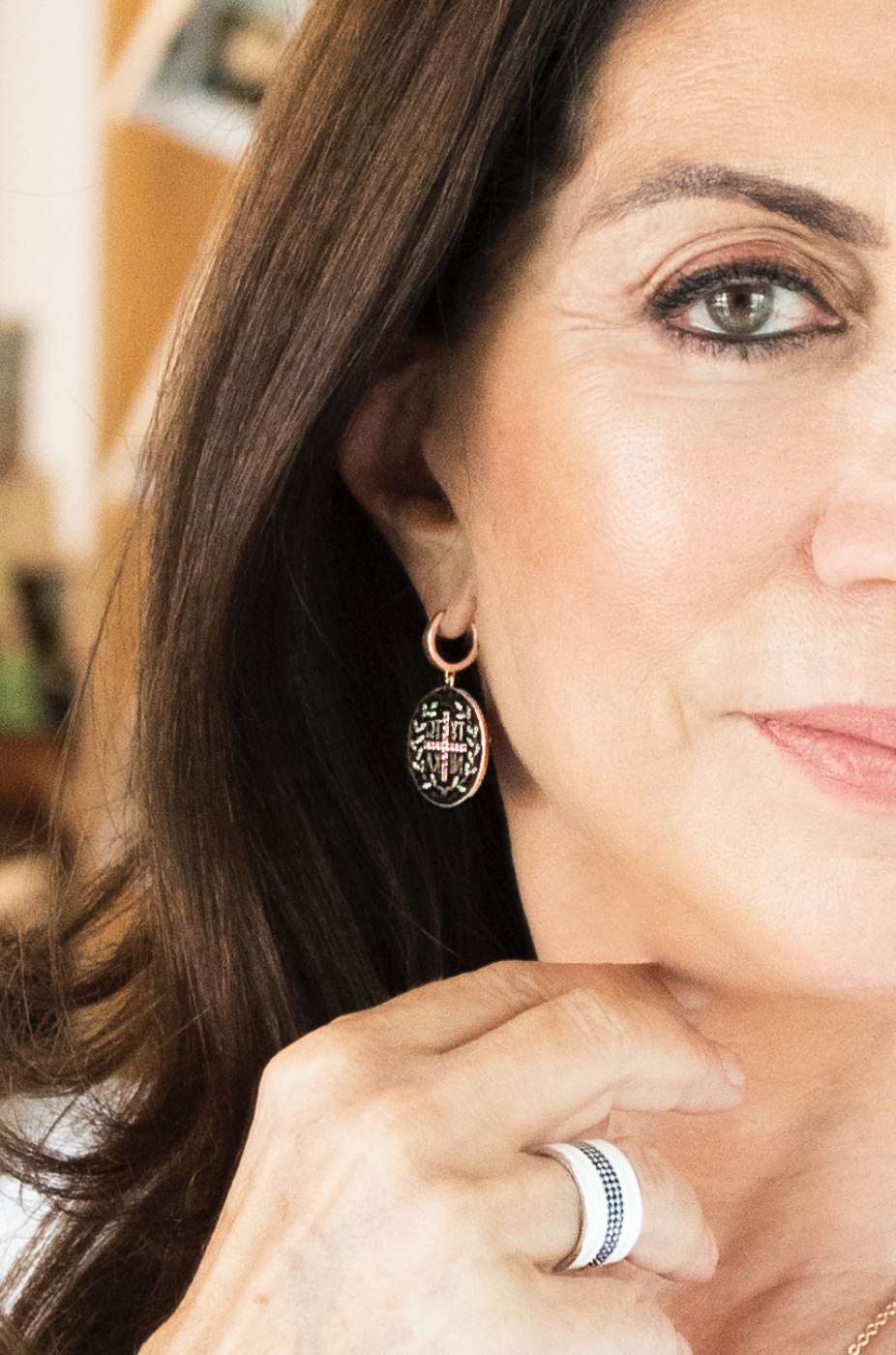 For Cassavetes, who’s always taken notice of the jewelry worn by the women in her life, the focus was on capturing the spirit of independence and creating “meaningful” work that spoke to her Greek heritage.

She was immediately drawn to Makri’s idea to look at banners of the Greek revolution, and became enamored with the creative process.

“What I loved about working with Ileana was that she’s wonderfully creative, but also very serious about the work. She knows how much care has to go into it and she won’t stop until it’s perfect. But she’s also very approachable and kind about the whole process. Her generosity in wanting to do this collection with me was such an inspiration because she’s the real artist and technician in this jewelry world, and I was someone who got to learn things and have my dreams come true,” said Cassavetes, who directed several episodes of season one of “Emily in Paris,” and has also worked on series including “Junior” and “My Dead Ex.”

Makri added that Cassavetes came full of ideas and inspired her after every conversation. “When you share your ideas with somebody who is creative, there’s an immediate exchange that gets you to the next stage very fast,” said the jeweler, who is now based in Athens, but who spent many years in New York’s creative scene, and moving in circles with the likes of Halston and Liza Minnelli at Studio 54. 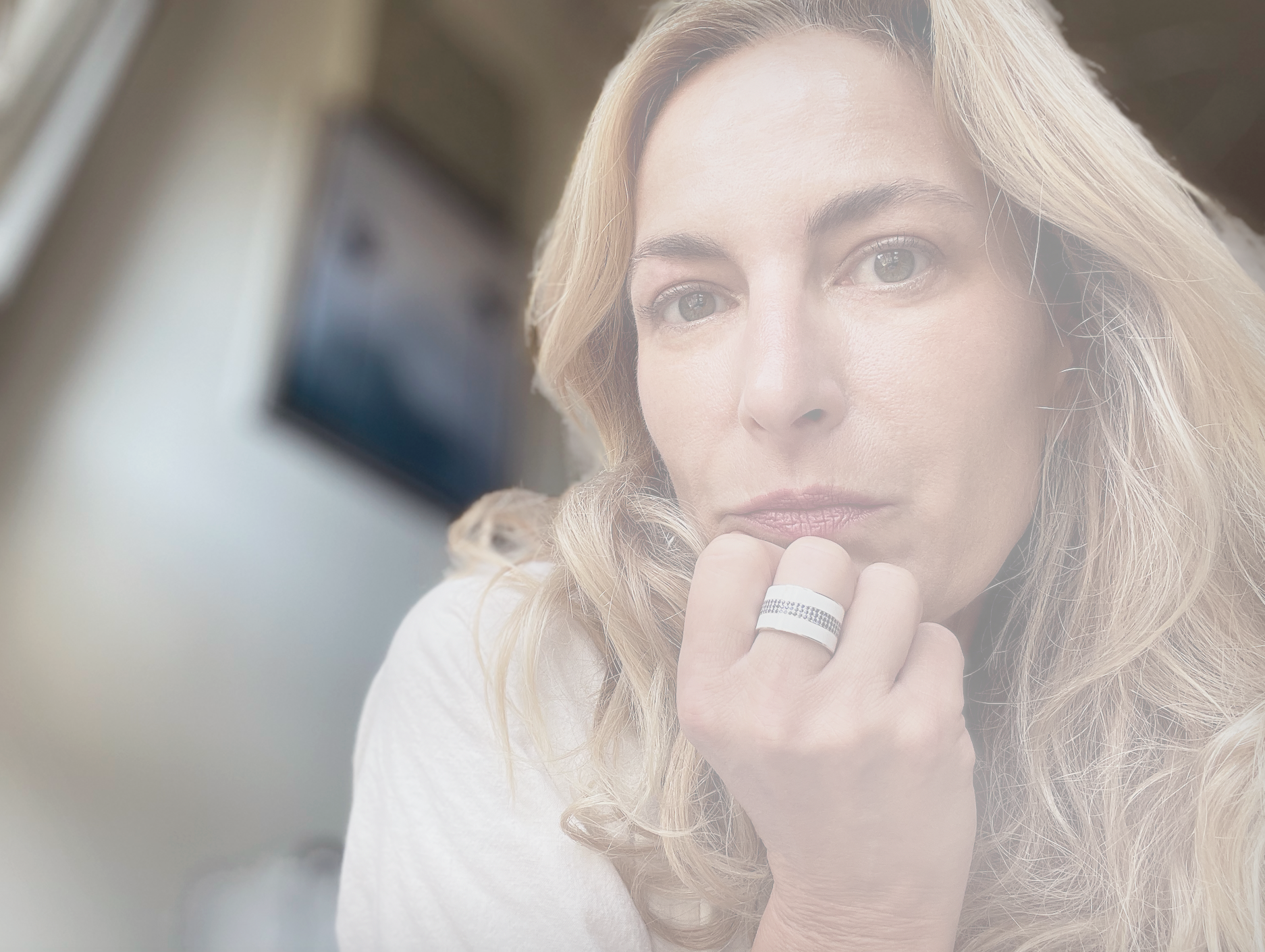 To mark the launch of the collection, Makri and Cassavetes have decided to step in front of the camera — for a change — and to showcase the pieces on themselves.

“I don’t love getting my picture taken, but I thought it was important and exciting to really represent the collection,” Cassavetes said.

“In a perfect world, we would have done the photos in Greece together, but this damn virus has kept us from doing so. I had a young, up-and-coming photographer, Lulu Syracuse, take some of the photos and then I ended up shooting some myself. It’s not easy to shoot jewelry [in a nontraditional way],”said Cassavetes, who lensed the images in Los Angeles.

Makri did her own shoot in Athens with her photographer friend Yiannis Bourinias. “I love the pieces and what the concept stands for — this notion of revolution for freedom is something that totally represents my own psychology, so I love the fact that I will be wearing them and supporting that idea.” 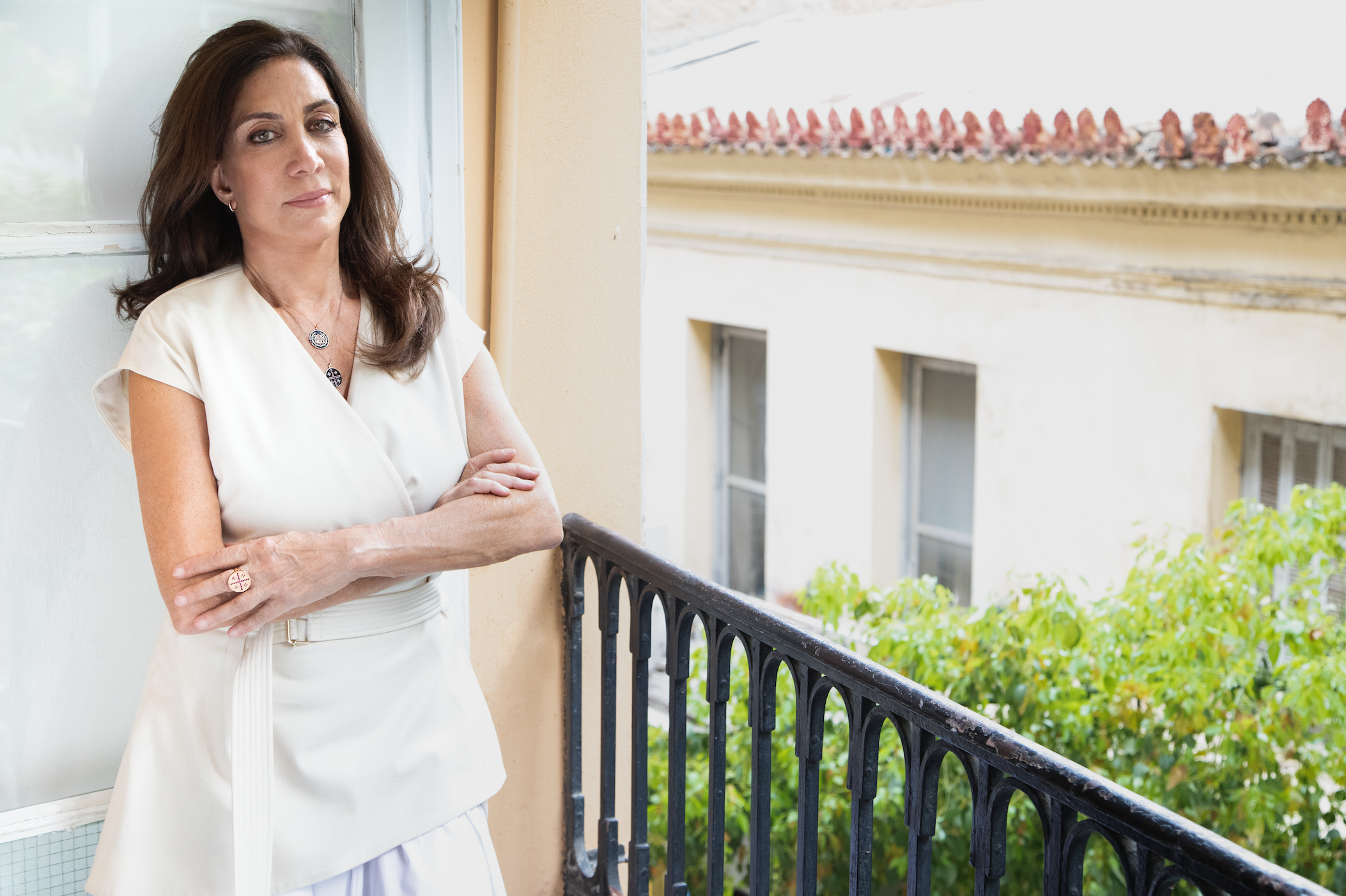