Home » Lifestyle » Inflation rose by just 0.1% in February due to third coronavirus lockdown

Inflation rose by just 0.1% in February due to third coronavirus lockdown

INFLATION rose by just 0.1% in February due to the third national lockdown in the UK, according to new figures.

Over the year, the rate of Consumer Price Index (CPI) inflation rose by 0.7% in the past 12 months to February, according to the Office for National Statistics (ONS). 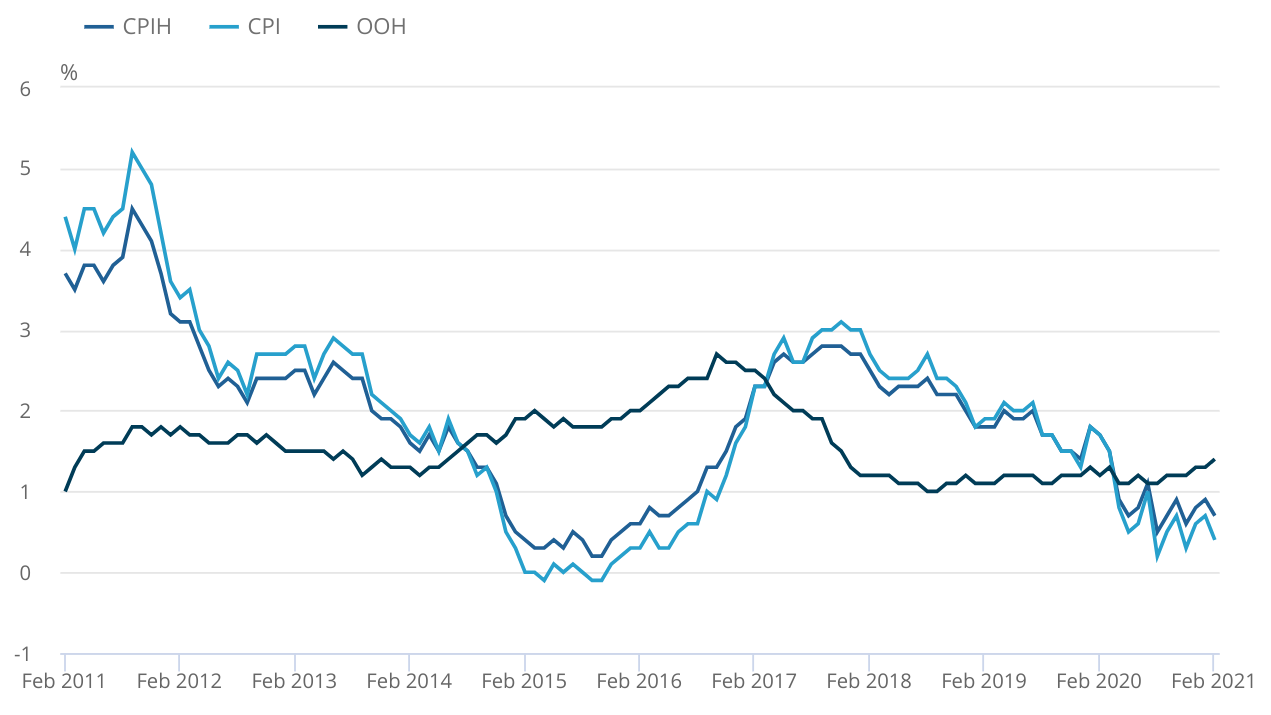 But it's down from the 0.9% annual rise seen in January.

The research centre blamed a third coronavirus lockdown for the slowdown, which saw businesses including pubs and non-essential retail temporarily close to curb the spread of the coronavirus.

Falling prices of clothes, second-hand cars and toys were one of the leading reasons behind the slow-down.

Prices typically rise between the first two months of the year as post-Christmas sales tend to end in January.

What does inflation matter?

INFLATION is a measure of the cost of living. It looks at how much the price of goods, such as food or televisions, and services, such as haircuts or train tickets, has changed over time.

Usually people measure inflation by comparing the cost of things today with how much they cost a year ago. The average increase in prices is known as the inflation rate.

The government sets an inflation target of 2%.

If inflation is too high or it moves around a lot, the Bank of England says it is hard for businesses to set the right prices and for people to plan their spending.

High inflation rates also means people are having to spend more, while savings are likely to be eroded as the cost of goods is more than the interest we're earning.

Low inflation, on the other hand, means lower prices and a greater likelihood of interest rates on savings beating the inflation rate.

But if inflation is too low some people may put off spending because they expect prices to fall. And if everybody reduced their spending then companies could fail and people might lose their jobs.

See our UK inflation guide and our Is low inflation good? guide for more information.

But this year, clothing and footwear prices fell by 1.5% between January and February, compared to a 0.9% rise in 2020. Womenswear was hit the hardest.

One of the biggest drivers of the small rise was fuel prices, which have increased over the past month compared with a fall seen last year.

ONS deputy national statistician for economic statistics Jonathan Athow said: "A fall in clothing prices helped to ease inflation in February, traditionally a month where we would see these prices rise, but the impact of the pandemic has disrupted standard seasonal patterns.

"Elsewhere there were falls in the price of second-hand cars.

"However, prices at the pump rose this month, compared with a fall this time last year."

Thesun.co.uk is your go to destination for the best celebrity news, football news, real-life stories, jaw-dropping pictures and must-see video.