Seeing is not believing! Incredible images reveal mind-bending moments that look like they’re the work of Photoshop

From a cup that looks like it disappears into the table to a door that leads to a secret portal, social media users have been sharing the mind-bending photos that look like a ‘glitch in the matrix’.

The illusion snaps from across the globe were collated in an online gallery by Bored Panda, and include a car that seemed to be floating.

Other snaps show a very pixelated pup loking through a door that appeared as if it belonged in a 1980s computer game.

In another photograph, a building seemed to melt into nothing with one side looking like a mirror. 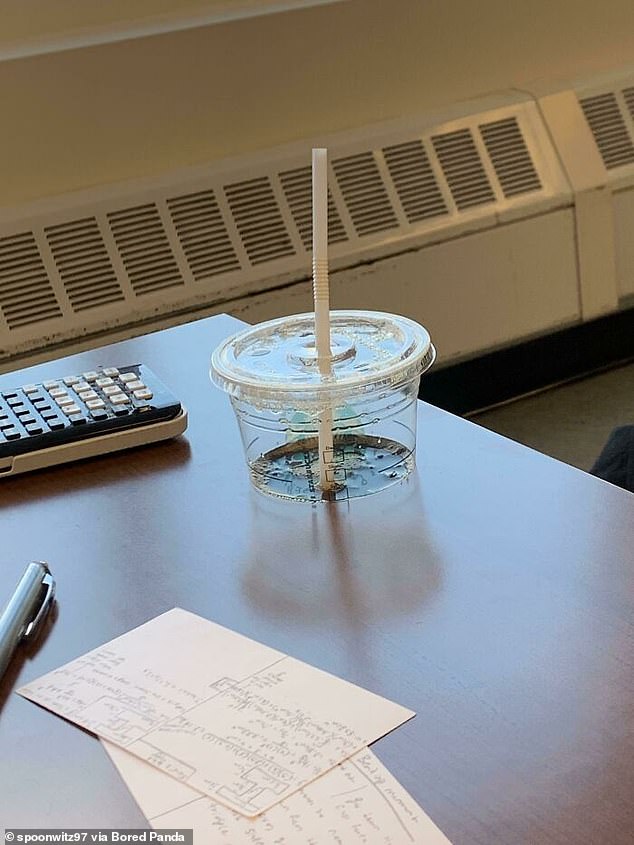 Where’s the rest of my drink? This photo showed a clear plastic beverage cup that looked as if it was disappearing into the desk 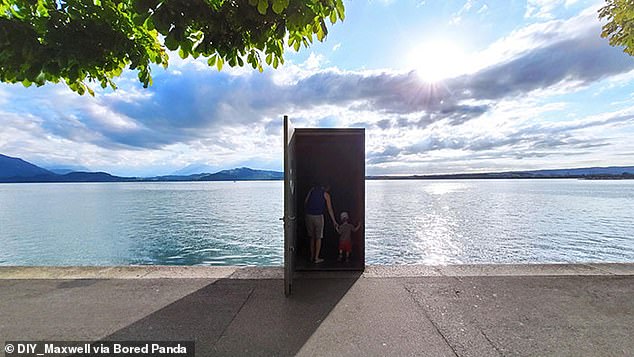 The entrance of the underwater observatory in Switzerland, Lake Zug, looks incredibly like The Truman Show door… 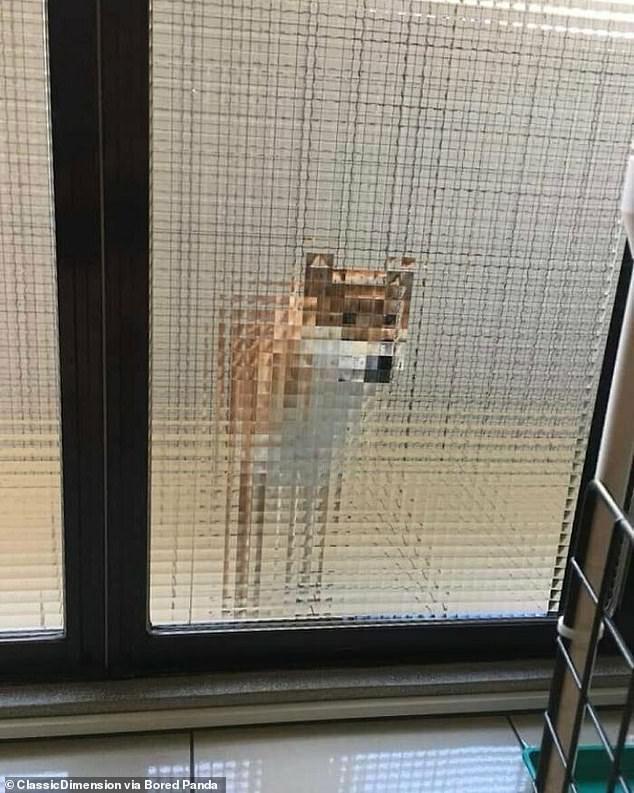 Furry confusing! This pixelated doggo looked on patiently through a door that no doubt makes the other side appear just as trippy 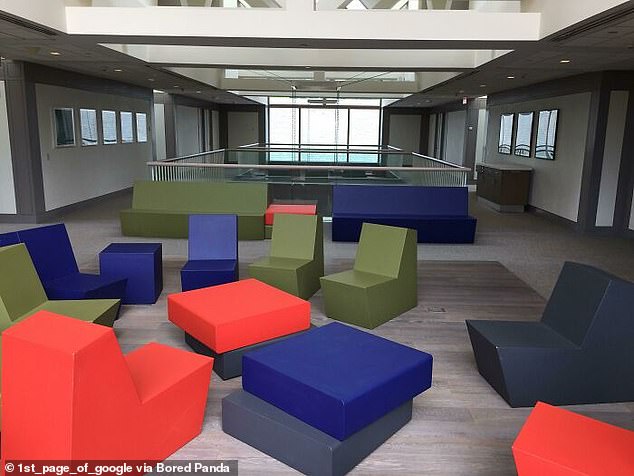 Anyone would be forgiven for thinking this was an architect’s mock up of a future room, but in fact, it’s an office lobby with chairs that look unnervingly computerised 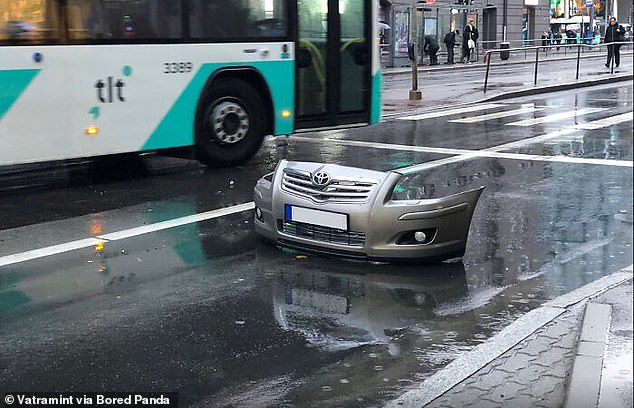 A car from another dimension? This debris left over from a crash in Tallinn, Estonia, looks just like a car poking out from another universe 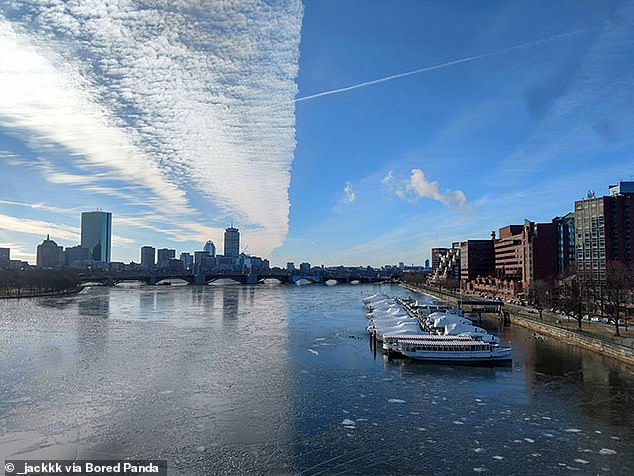 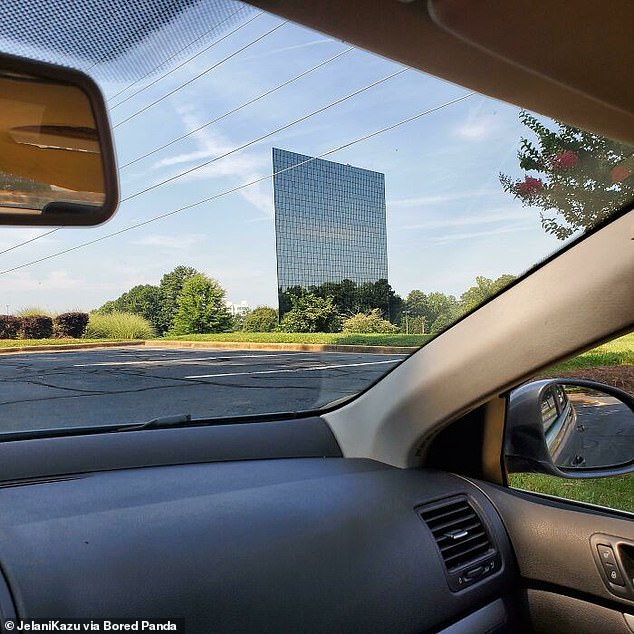 Despite looking like the boundary of a simulation, this is in fact a triangular building with a very shiny face 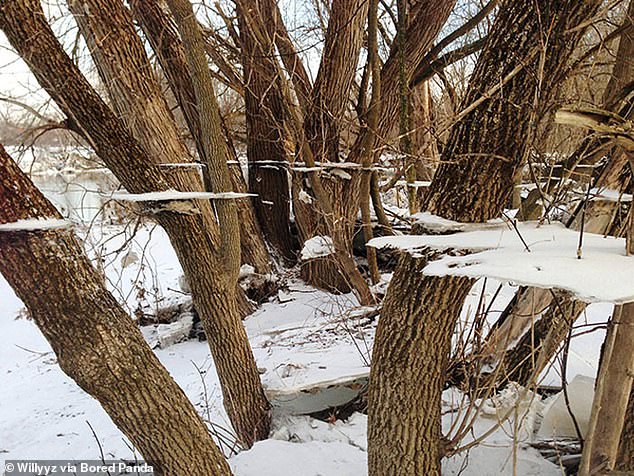 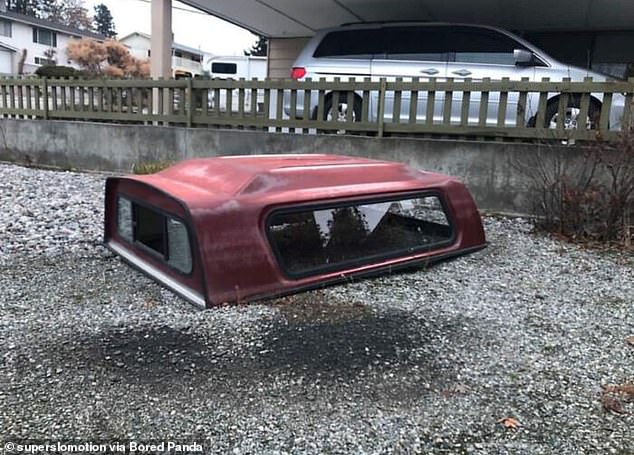 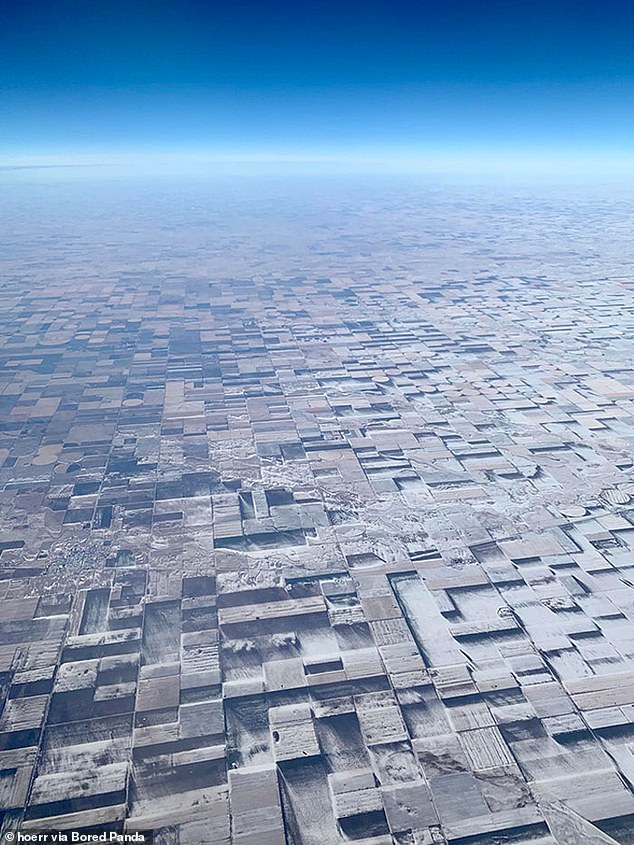 This Eastern Colorado farmland is actually completely flat, but windblown snow has given it the illusion of being 3D 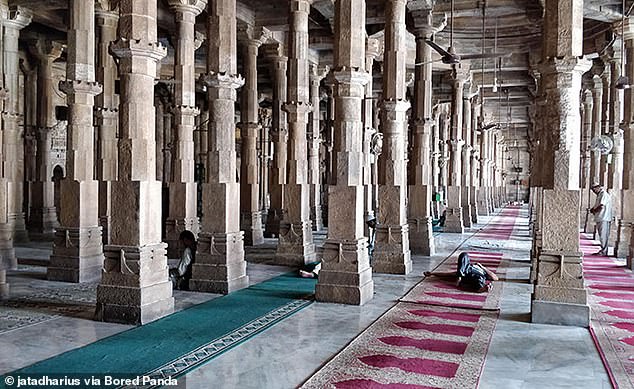 No, the world hasn’t shifted slightly to the right, this is actually the mosque Jama Masjid, in Ahmedabad built in 1424 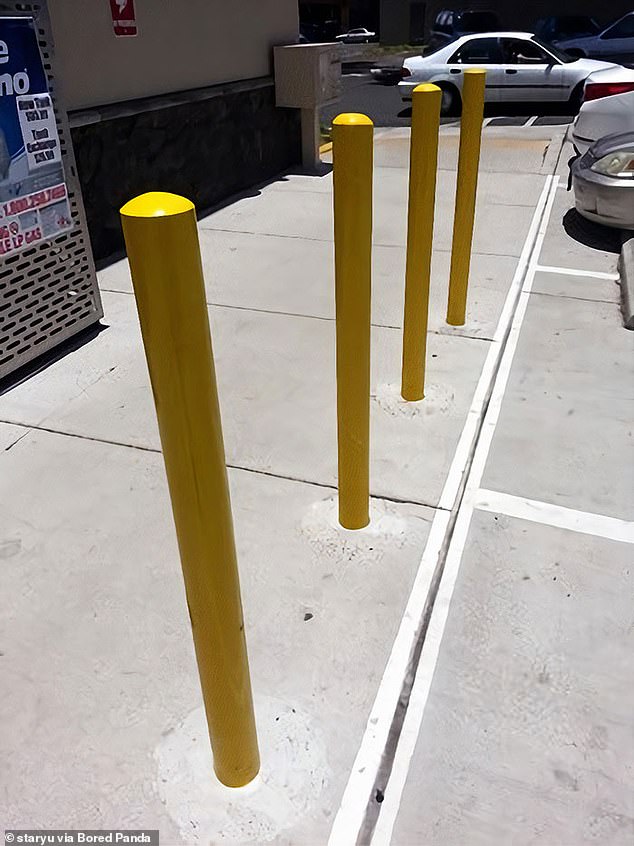 A Hawaiian phenomenon called Lahaina Noon, where the sun shines directly overhead, make these bollards appear as if they’ve been made by CGI 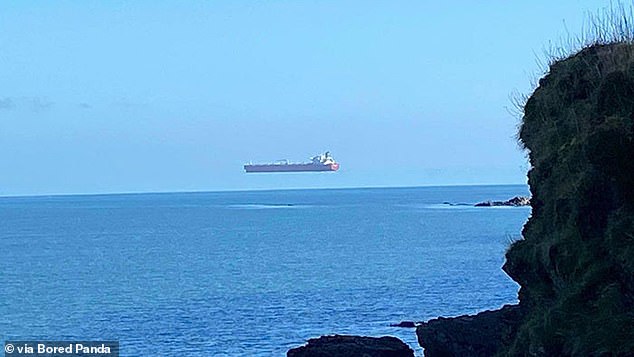 So boats float now? Thankfully not, instead, the difference in air temperatures can bend the light to anyone standing on the coast 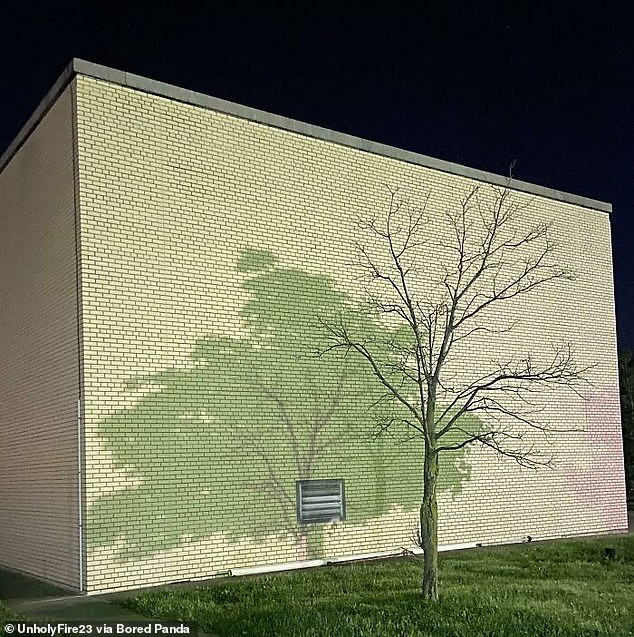 This car park tree with another, bigger tree directly in front of it has created the perfect cartoon 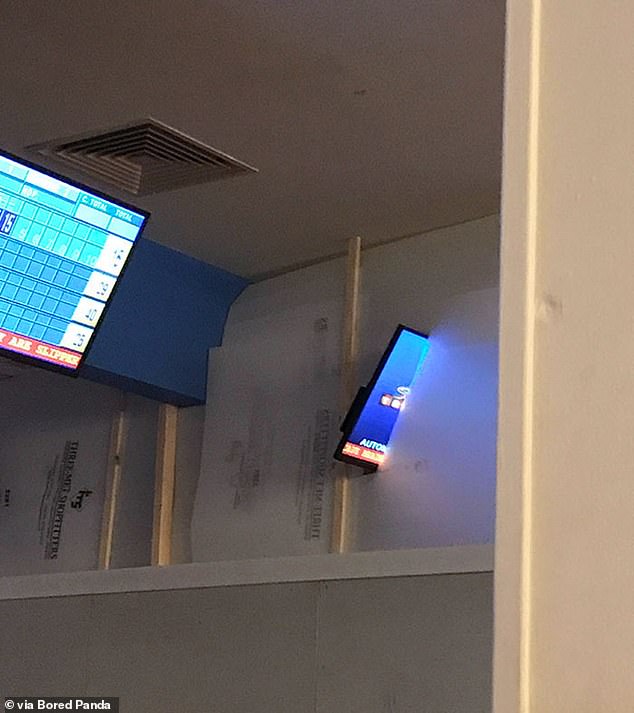 This isn’t some bad programming in The Sims, but some terrible planning and construction in real life 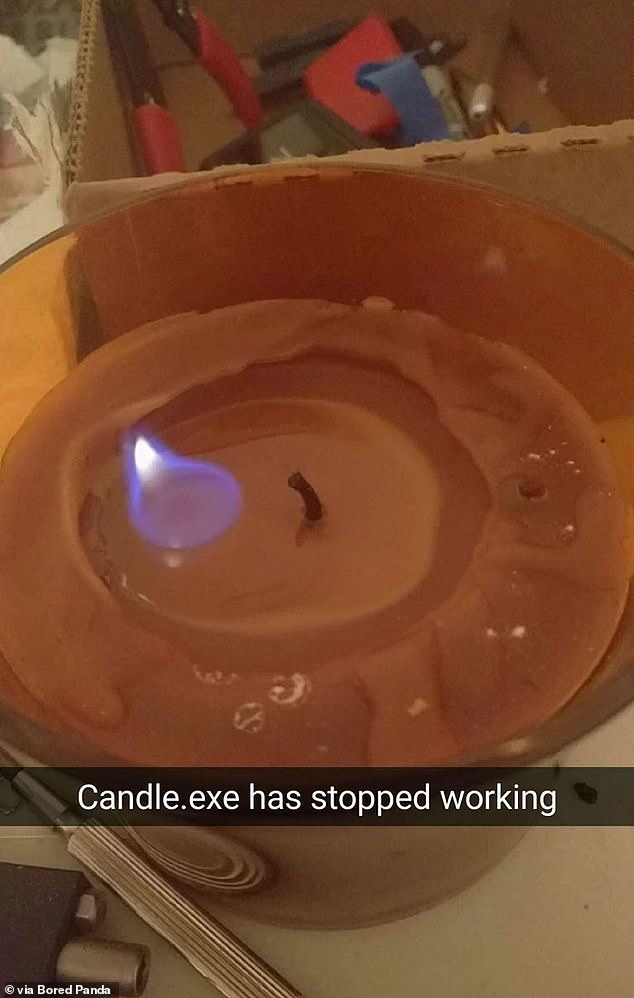 So close yet so far! This candle wick looks as if it malfunctioned in a computer glitch and forgot which part was supposed to be burning 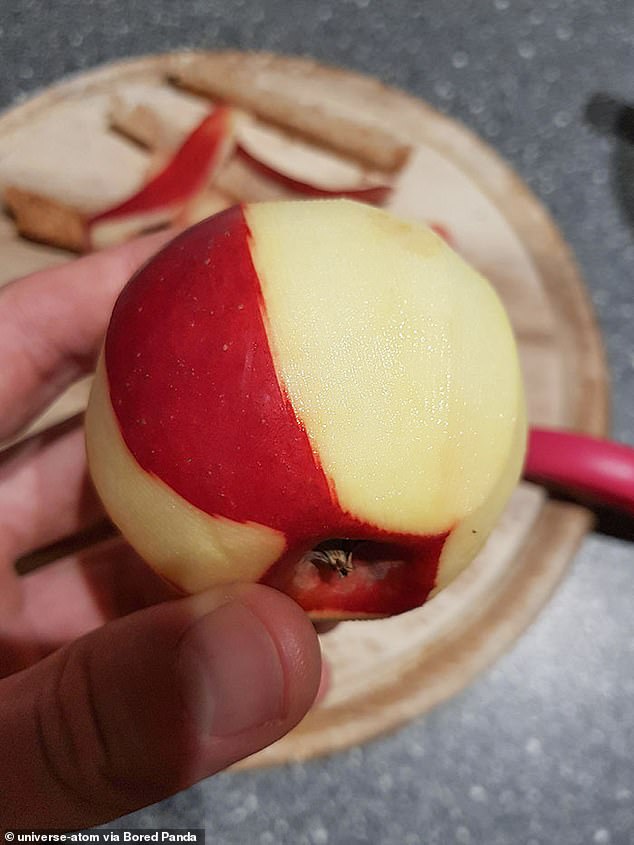 This apple, cut and peeled with a serrated knife looks completely pixelatedwhere its skin meets its flesh 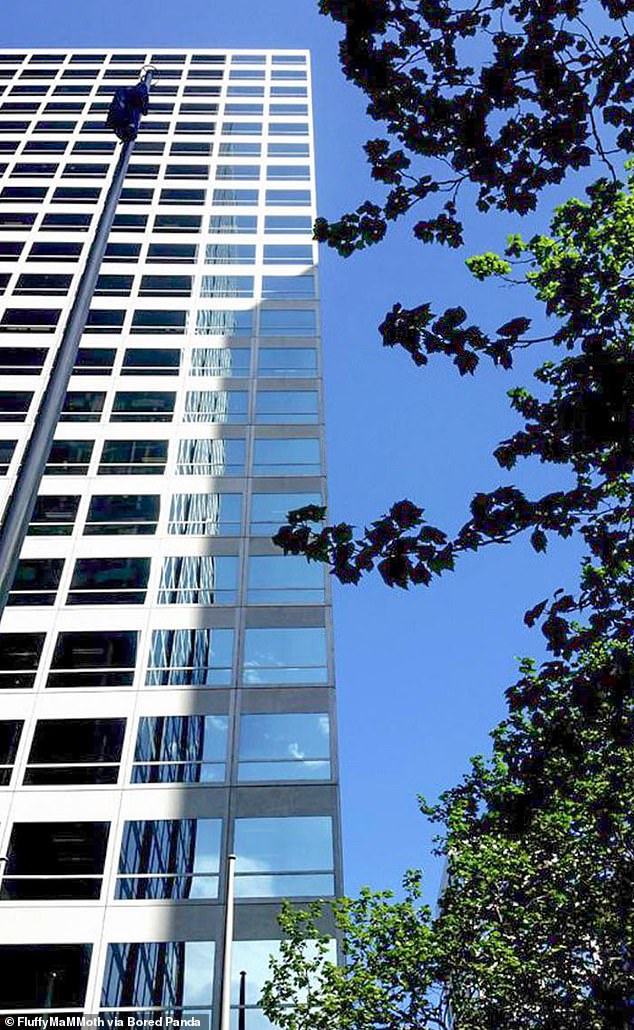 Is this a completely see through part of a building? Perhaps not, consider this—mirrored windows…