Natasha Rothwell says that playing the brash and unapologetic Kelli Prenny on “Insecure” has boosted her personal confidence.

“It’s made me live that way in my own life” the 41-year-old actress recently told Page Six.

“I get into a moment where I’m, you know, wanting to go down the path of self-doubt or, you know, imposter syndrome, I’m just like, ‘No, I can do this. I’m enough.’ And, I’m so grateful for that, because it’s definitely, it’s … done a lot for me. I’m so glad it’s doing it for other people too.”

The Kanas-born performer said that before taking on the Prenny role on the HBO hit, she didn’t always feel she was accepted and supported by society, even with all the success she’s had.

“Walking through the world with brown t–ties, there’s a lot of, of, uh, messaging that you get that is not OK, and, um, that’s, it’s insidious and it seeps in in ways that you don’t really know,” Rothwell said.

“And it wasn’t until I started playing Kelli where it was just … she’s so sure. There’s this worthiness that she doesn’t question, and that is, you know, they say, ‘Fake it until you make it,’ and it’s that thing,’” she added with a laugh.

The show which premiered in 2016 was an instant critical hit. Through the years it’s garnered NAACP Image Awards, a prestigious Peabody, an AFI, and an Emmy. And Kelli quickly became a fan favorite for her complete “lack of self-doubt” and ability to have a good time. 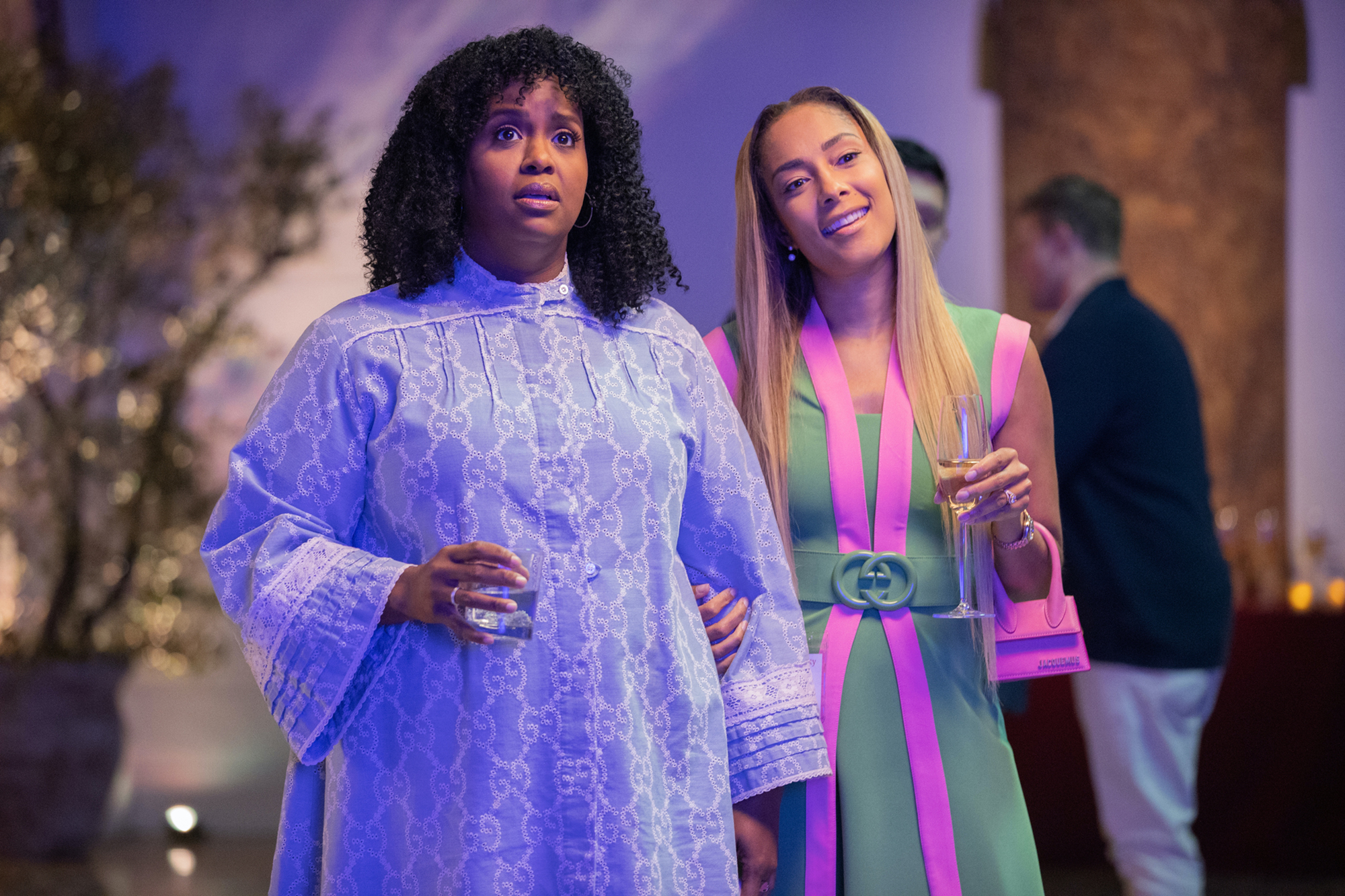 Rothwell, who is also a writer and director on the HBO series, previously wrote on “Saturday Night Live” which she admits was a challenging experience.

“It was a learning opportunity,” she said diplomatically. “I learned a ton … and I think it’s not news at all that it is a historically white institution and they brought me in specifically because of that.”

“They went looking for black talent,” she continued. “And that comes with, you know, difficulties baked in, but it also definitely taught me a lot about a writers’ room and how important it is for your writers’ room to reflect the world that we live in.”

Rothwell moved to Los Angeles from New York to work on “Insecure.” She says the show has a very different writers room, where she has forged close bonds with the cast.

“I refuse to accept that it’s ending,” she says about the comedy that is airing its final season. “It’s changed my life in no uncertain terms. It’s, it’s so meaningful to me professionally and personally. And I moved to L.A. for the show, I don’t have family in Los Angeles, and so it was an instant family, and they continue to be.” 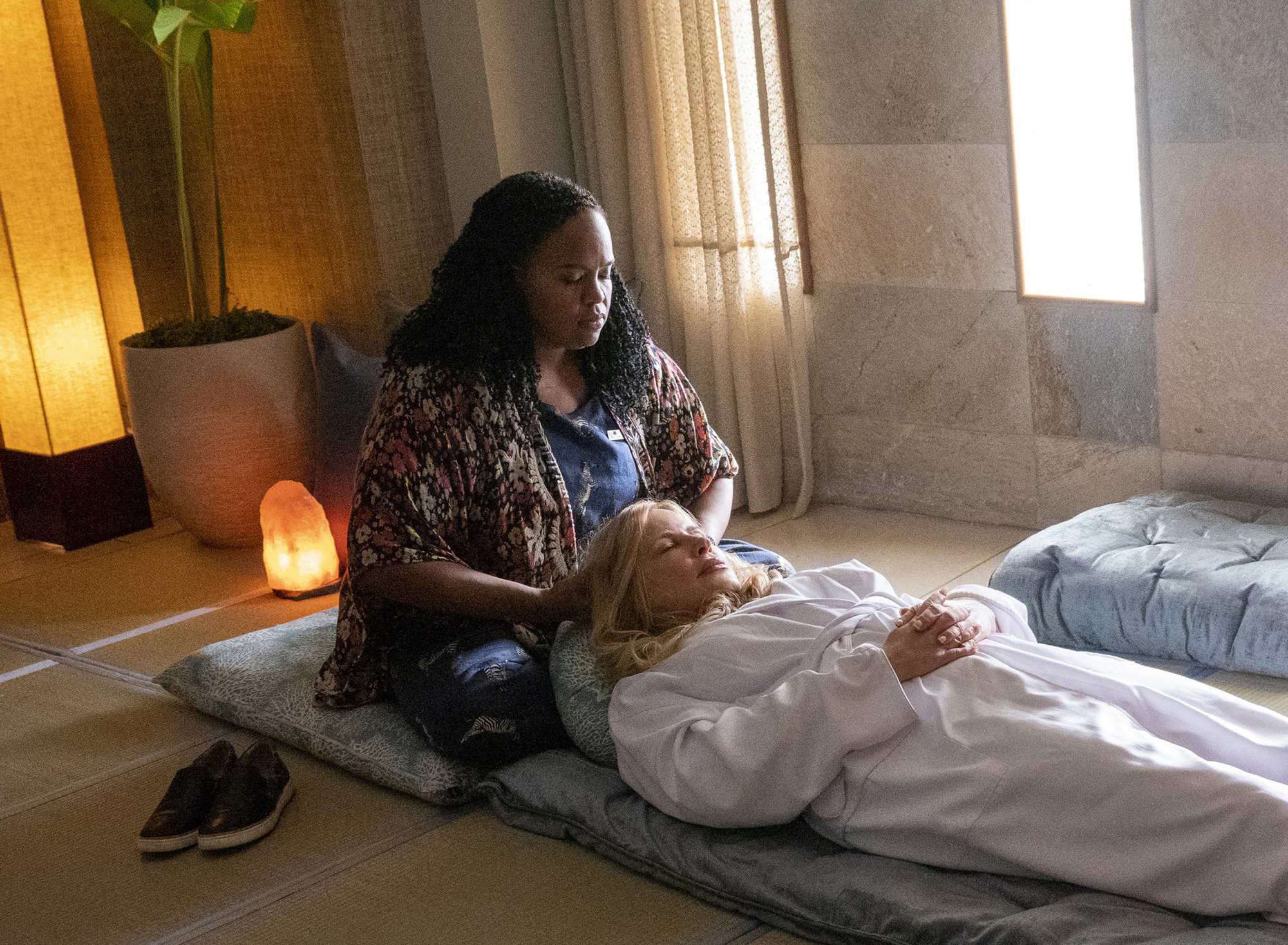 And it appears that Rothwell is fast becoming an HBO power player with roles in “Insecure,” a deal to develop a show and of course her turn as Belinda Lindsey, a masseuse in the much-talked-about series “White Lotus.”

She laughingly confessed that the show’s success has made her feel like the public is discovering another side of her.

“It feels like, uh, Sandy in ‘Grease,’ where she’s already super popular, but she’s being seen in a new way,” Rothwell said with a laugh. “I’m just like, “Oh s–t, she can pull off leather? All right, all right.”

Rothwell, who is currently holed up in London filming “Wonka” with Timothée Chalamet, still sounds a little flabbergasted by her success.

“It’s wild,” she confessed. “I have very vivid memories of struggling in New York and putting cereal on credit cards and worrying about how I was going to be my rent so to be in the position I’m in now, feels like a fever dream sometimes. And it’s not lost on me, the journey that I’ve taken to get here.”