Two older African lions known for their devotion to one another were euthanized this week at the Los Angeles Zoo, which cited the pair’s diminishing health.

Lions Hubert and Kalisa were both 21. The staff made the “difficult decision” to euthanize the pair because of “their declining health and age-related illnesses that diminished their quality of life,” the zoo said a statement.

“This is a very hard loss for our Zoo community,” curator of mammals Alisa Behar said in the statement. “In the early mornings, staff would routinely hear Hubert’s waking roars, and I will personally miss hearing them on my walks around the ground. You cannot think of Hubert without thinking of his companion, Kalisa; they’ve been an inseparable couple for years.” 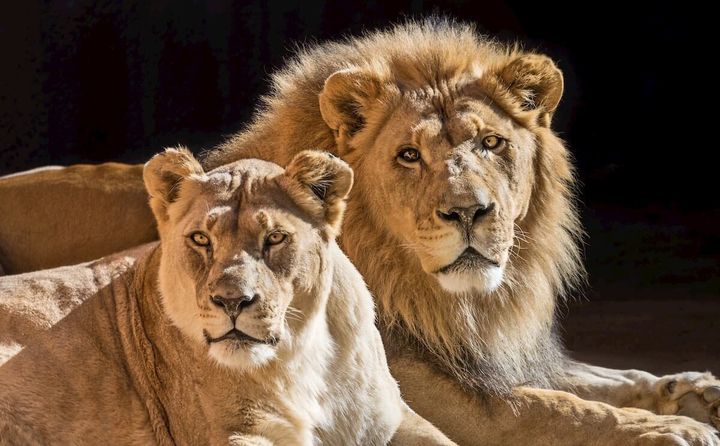 Animal programs director Beth Schaefer told the Los Angeles Times that the lions’ bond was obvious to both employees and visitors to the zoo.

“These lions were charismatic both together as partners and separately, but they were hardly ever apart from one another,” she said. “Their undivided attention was always on the other as they rested together, cuddled and nuzzled often.”

A tribute to the lions posted on social media shows multiple photos of the big cats doing exactly those things.

“While it is truly heart-wrenching that we had to say goodbye to this iconic pair, we can take comfort in knowing they left together,” Zoo Director Denise Verret said in a statement accompanying the photos.

In the wild, female lions live 14 to 16 years on average, and male lions 12 to 13 years on average, according to Panthera, a wild cat conservation group. They are classified as “vulnerable” on the International Union for Conservation of Nature’s Red List of Threatened Species. Threats to their survival in the wild include conflict with humans over livestock, the depletion of prey species and habitat loss.