This has been the year of integrity (the word, that is). It has at times been ubiquitous, and at times conspicuous in its absence. An issue which should not be politicised has proved the ultimate political football – a situation which has resulted in fiery exchanges but, at least in respect of the major parties, no real commitments to integrity reform.

The urgent need for reform in Victoria has been documented by the Independent Broad-based Anti-corruption Commission, the ombudsman, and experts like those associated with the Centre for Public Integrity. The reform agenda is wide-ranging and, for those for whom the minutiae of parliamentary standing orders do not spark joy it is perhaps eye-glazingly technical. 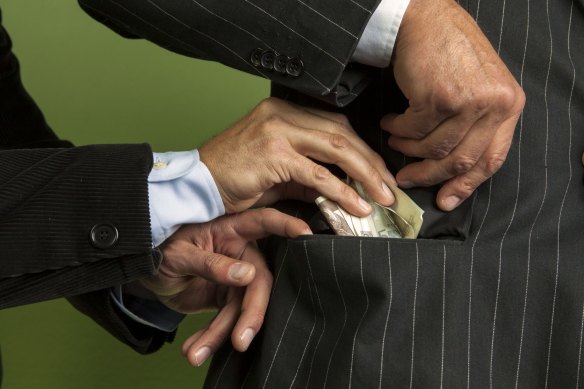 The urgent need for reform of anti-corruption policies in Victoria has been well documented.Credit:MagMos

However, all of it is in essence directed towards the achievement of a single objective: to ensure that public power is exercised, and be seen to be exercised, in the public interest. That public power must be exercised in the public interest is a principle with which no honest person can have any quarrel. Yet currently in Victoria, there is a dearth of transparency and accountability frameworks to enable Victorians to have confidence that power is indeed exercised in their interest.

Without the tightening of political donation laws and the implementation of electoral expenditure caps to reduce the reliance by parties and candidates on donations – with their concomitant corruption risks (including grey corruption), as recently documented by IBAC – we will continue to see undue influence being brought to bear on government decision-making by those who have the means to exercise influence.

Without reform of the way in which our integrity agencies – IBAC, the ombudsman and the Auditor-General – are funded (real reform, not merely occasional fund injections), those agencies will continue to be directly dependent on the executive for their resources, and lacking real independence as a result. 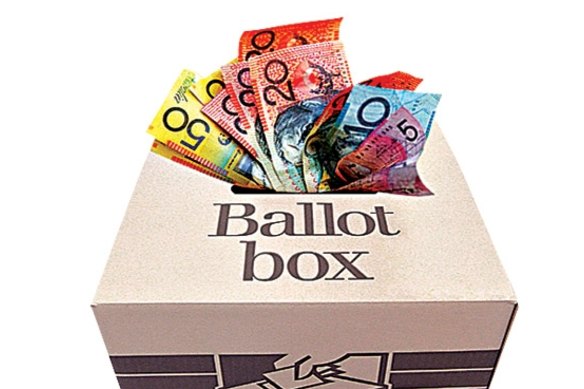 Political donation laws in Victoria need to be tightened to remove loopholes.Credit:

Without sufficient powers or jurisdiction, the IBAC is working under defective legislation and now unfit for purpose, leaving Victorians in the dark about corruption (grey and black) in this state. Without better lobbying regulation, including the publication of ministerial diaries, and an improved FOI regime, there will continue to be a dearth of transparency in relation to the exercise of public power.

Without enforceable codes of conduct, a Parliamentary Integrity Commissioner and a Parliamentary Ethics Committee, there will continue to be insufficient accountability of parliamentarians and their staff.

And, perhaps most importantly, without restoration of the role of Victoria’s Parliament – via reforms like independent funding, prevention of executive domination of parliamentary committees, and mechanisms to allow Parliament access to the information it must have if it is to fulfil its scrutiny function effectively – its ability to hold governments to account will continue to be eroded.

We should all, regardless of political persuasion, be concerned about the erosion of Parliament’s role.

Almost a century ago former High Court Chief Justice and Governor-General Sir Isaac Isaacs described amongst the duties of parliamentarians the obligation of “watching on behalf of the general community the conduct of the Executive, of criticising it, and, if necessary, of calling it to account in the constitutional way by censure from his place in Parliament – censure which, if sufficiently supported, means removal from office”.

Isaacs described this as “the whole essence of responsible government″⁣, which is in turn “the main constitutional safeguard the community possesses”. We should all, regardless of political persuasion, be concerned about the erosion of Parliament’s role, which has happened incrementally over many years. This trend simply must be arrested.

Political integrity should not be, and need not be, a political issue. Unfortunately, when politicians perceive there to be party political gains to be made from undermining opponents’ integrity, the issue becomes mired in point scoring.

In stark contrast with the May federal election, where the then-Labor Opposition recognised the importance of integrity issues to voters and ran an effective integrity campaign, neither of Victoria’s major party campaigns have focused on positive integrity policy. While this might be the understandable consequence of both major parties feeling exposed on integrity issues and vulnerable to being decried as hypocrites should they raise their head above the parapet and promise to do better, the absence of integrity as an election priority is to the detriment of all Victorians.

Now is a time of seemingly insurmountably complex policy challenges. While the solutions may be contestable, what is not is the foundational problem of how to ensure integrity in the exercise of public power. Whoever holds power after Saturday’s election must not forget that public office is a public trust, bringing with it a duty to exercise public power transparently, and always in the public interest.

More from our award-winning columnists

An anxious nation: Mortgage stress, COVID burnout, extreme weather and the cost of living crisis – no wonder Australia’s status as the “lifestyle superpower of the world” is under threat – Nick Bryant

The future of democracy: Australia must learn from America’s descent into extreme inequality, which has led to deep discontent. It must also do more to civilise “social” media – the great amplifier of hate – Peter Hartcher

Behind the interview: Shane Warne may have been the greatest bowler legendary interviewer and cricket lover Michael Parkinson has ever seen, but he’s not his favourite interview – Peter FitzSimons