Home » Is YOUR partner a creep? Women discuss how men in Mumsnet debate

Is YOUR partner a creep? Women discuss how men in Mumsnet debate

Is YOUR partner a ‘creepy man’? Lesbian woman provokes furious debate by asking if anyone know one of the ‘millions of gross men’ who harass women – but is told it’s ‘awful to lump all men together’

A woman has sparked fierce debate on Mumsnet after asking other forum users whether their partners could be ‘creeps’.

The UK-based poster told the forum she is a lesbian with few male friends and she never knew her dad, but is ‘fairly confident’ that ‘none of [her] male friends or friends’ partners would shout at girls in the street, grope women etc’.

However, citing UN 2021 data that 97 per cent of women aged 18-24 have been sexually harassed, she said ‘there must be millions of these gross men walking among us’.

‘They must be someone’s dad/brother/partner/friend,’ she said. ‘So does anyone have a current partner or other male they are close to that they know/suspect is a creep?’

Commenters unamimously insisted that nobody would admit to their partner being a ‘creep’, but some said that exes and relatives are, while others accused the poster of blaming all men for the behaviour of a minority. 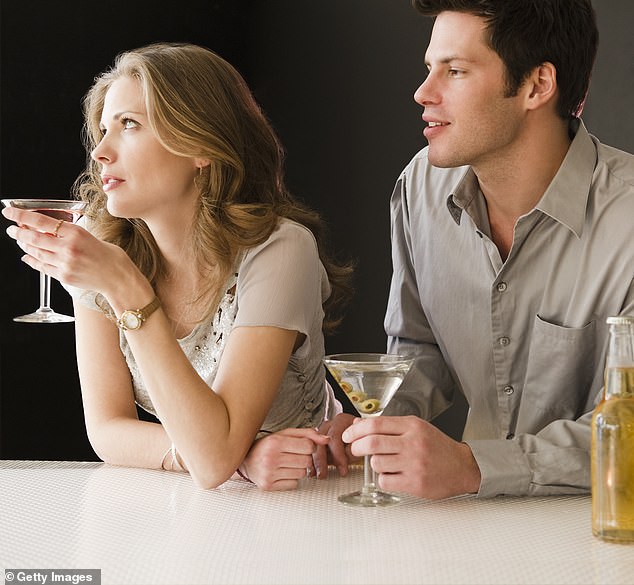 ‘I’m not really expecting anyone to say yes, but doesn’t it seem strange that nearly all women have experienced sexual harassment but no one seems to know a man (apart from a distant relation or boss/ex they are not on good terms with) who behaves this way?’ the poster explained.

‘Are you sure that your partner doesn’t stare at/follow/make comments/harass women when you are not there?’

Some respondents felt that a significant number of men are likely guilty of creepy behaviour, but their partners are simply unaware of it, or just won’t admit to it.

One wrote: ‘You’d be surprised, I work in construction and I’d say the bulk of the blokes are creeps…most married with families. I bet their wives think their husbands aren’t like that too.’

And another Mumsnetter went further, writing: ‘I think reading all these ‘my partner 100% isn’t a creep’ posts just shows how deluded many many women are.

‘The reality is that lots and lots of men are unspeakably crude in thought and action when away from their partners.’

Another took things even further, saying: ‘I think heterosexual women who have male partners make lots of allowances and turn a blind eye to how limited and awful nearly all men are.’

Some women agreed that previous partners had been guilty of creepy behaviour, with one writing: ‘I don’t think many would admit yes my ex is a creep! Majorly everyone wants to believe the people they know are “good”.’

Another added: ‘My husband isn’t at all. I just know him too well. An ex I had definitely was, and as well as being a creep he used to speak to me in such a way that made me uncomfortable but I couldn’t always work out why. When I read about ‘negging’ it all made sense – it was that exactly.’

One user agreed there ‘are creeps everywhere’, saying: ‘My old boyfriend was, and his pesky friends, leering at women and barely stopped when I was present.. hence him being an ex.

‘There are genuinely none in my current family/circle because I’m grown now, I care about that stuff and I wouldn’t associate with a creep.’

Multiple posters suggested that while many women face harassment, that can be perpetrated by a smaller proportion of men, carrying out multiple acts of harassment

However, some felt the question itself was unfair to men, and accused posters of making too many generalisations.

One poster wrote: ‘My husband is not a creep, neither is my brother nor brothers in law nor nephews.

‘My father was not a creep, neither is my father-in-law, I do not make friends with creeps (strangely enough) and I am not aware of my colleagues being creeps, they certainly don’t demonstrate that behaviour in a professional environment.

‘Why is men making general, negative comments about women defined as sexist; whereas we seem to be able to make these generalisations with impunity?’

Another agreed, writing: ‘The report that 93% of women have experienced harassment, does not make 93% of men creeps.

‘It’s awful to lump them all together, I know my husbamd and two sons cross the road when out at night to avoid intimidating a women. They are respectful and supportive of women’s rights (they work in education and health).’

A lot of posters felt that woman can be naive when it comes to men, and that many men can act in creepy ways behind their partners’ backs