Jada Pinkett Smith celebrated her 50th birthday with close friends on Friday night by creating a 1970s era roller rink at home for guests including MC Lyte, Toni Braxton and Charlie Mack, plus her movie-star husband, Will Smith.

“It was the happiest I’ve ever seen them,” an insider told Page Six of the couple. 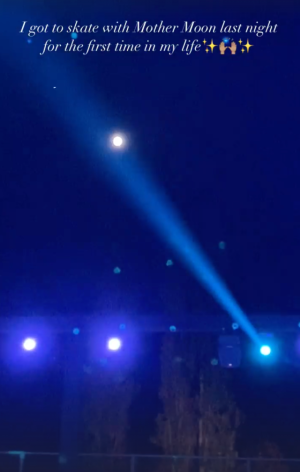 Pinkett Smith even included roller skating trainers for those who weren’t already exactly rink regulars. “It was for the people who hadn’t roller skated in like 100 years,” our source joked. “But, seriously, it was probably the best time anyone has ever had, and the DJ played the best music. It was mostly ’70s… it was like a ’70s party.”

We’re told Smith, 52, did not roller skate because he’s in the middle of shooting a film —but Jada “skated the whole entire time, and her mom was out there skating the whole time too,” the source said. (Smith is reportedly shooting director Antoine Fuqua’s “Emancipation,” co-starring Ben Foster.)

Guests also had to take rapid COVID tests before attending. And unlike many over-the-top celebrity bashes, “There was no product placement. It was in Smith family style. They paid for everything,” the insider shared.

Partygoers noshed on soul food, sushi, vegan options, and wood-oven pizza. Desserts included retro candies such as Now and Laters, ice cream, and “every type of doughnut you can imagine. It was like we were 10 years old again,” our source said. A bar served non-alcoholic beverages, because it was “too much of a liability to roller skate with alcohol,” we’re told. 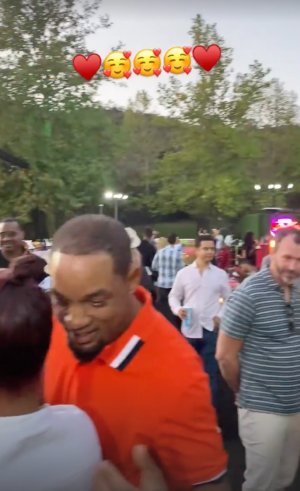 A strawberry shortcake was served as a birthday cake.

Smith’s pop star daughter Willow could not attend because she’s on the road, but she inspired her mom’s new shaved hairdo that was debuted last month. Pinkett Smith previously revealed of the look on social media, “Willow made me do it because it was time to let go BUT… my 50s are ’bout to be Divinely lit with this shed.”

Pinkett Smith has also started working on a new tattoo sleeve as she enters her fifties.