"I don't need to be beaten into submission … I'm not going to stand here and be yelled at."

Janelle Brown is over it when it comes to her husband Kody Brown and the drama he’s apparently caused within their massive family over COVID-safety.

In addition to ex-wife Christine leaving him this season on “Sister Wives,” tensions have also been brewing between Kody, his other three wives and his 18 children, some of whom felt they were being iced out in favor of newest wife Robyn and their children together throughout the pandemic. A few in his family believed Robyn was behind his strict COVID rules, which were implemented post-vaccine, in late 2021. It’s all led to major friction, especially as they all tried making plans for Thanksgiving and Christmas.

“You’re acting like you’re not even culpable in this situation. Culpable for not having any respect for me about the COVID rules,” he exclaims at Janelle in a preview clip from Sunday’s new episode (via PEOPLE). “You never even reinforced the rules … you actually belittled the stuff I was doing!” 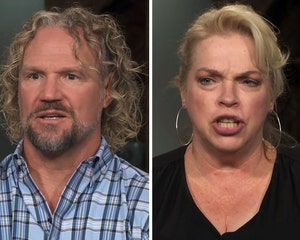 Kody Brown Livid with Janelle Over Holiday Plans with Ex Christine: 'Some Kind of Betrayal'

“Kody, you were asking me to choose between my children and you … you did not even give us the rules until two weeks before Thanksgiving,” she hit back, as the two argue in front of both Robyn and Meri. “For March until Thanksgiving, I had no rules.”

He continues to get even more upset, saying she’s telling “blatant” lies.

“I’m mad as hell because everybody put this s— on me. When I finally get sick from COVID, that was a death-like experience. I realize that you just can’t run from it by now,” he says, getting very fired up, after he and Robyn battled the virus in October 2021. “I was just trying to protect my family. What if one of my little ones had been where I was, where she was?! I cannot believe that I have done all this to save you!”

He continues to say his strict rules were to protect the kids, but only led to “criticism from [Janelle] and from my boys,” likely referring to two of their sons together, Gabe and Garrison. Kody adds that he felt he got “zero respect” from them — before exclaiming, “I’ve gone 18 months for being persecuted by my own family for trying to protect them. My heart is broken. Christine left because of this!” 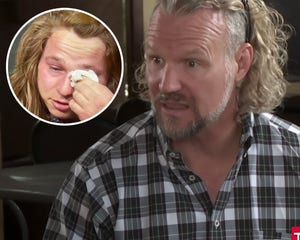 Robyn tries to calm things down, but neither Kody nor Janelle hear her. Instead, Janelle gets emotional as she says the rift is “not all my fault.” She adds that she felt stuck between her children and her husband, all while following CDC guidelines.

“Kody’s acting like I was a COVID-denier,” she says in a confessional, before pushing back on that label. “I followed all the CDC rules. I wore a mask. I washed my hands. I was careful. I’m vaccinated for crying out loud.”

While the preview clip ends there, a promo for the full episode shows her storming away from the conversation — as Kody yells at her, “Janelle, this is a really bad idea for you to walk off on this one!” 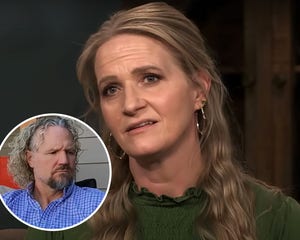