Jobs roared back in Sydney and Melbourne as coronarivus restrictions were eased but parts of the cities hit hardest by the pandemic are still struggling to recover and could take months to get back to their pre-lockdown levels.

As evidence grows of the economic hit taken by businesses through the lockdowns, new data from the Australian Bureau of Statistics confirms the surge in employment that flowed from the end of measures aimed at stopping the spread of COVID-19. 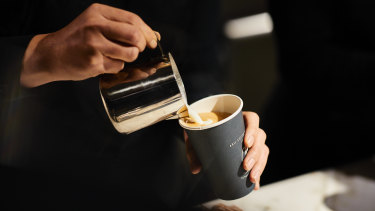 The easing of lockdown restrictions had people racing out to get coffee – and encouraged businesses to take on more staff.

In the fortnight to October 16, the number of people on NSW business payrolls jumped by 3.5 per cent while in the ACT, which was still in lockdown, they lifted by 2.3 per cent. Across Victoria, which did not suffer as big a fall in jobs as NSW, they lifted by 0.8 per cent.

While recovering, NSW payroll numbers are still down by 4.9 per cent on its pre-lockdown high. Victoria, which went into its latest lockdown later, is down 5.8 per cent while the ACT is 9.2 per cent down.

The jobs market of some parts of Sydney have recovered to their pre-virus levels. They include much of the north shore, including Warringah, Hornsby and Epping.

But those areas that suffered the most extreme lockdowns are a long way from recovery. The number of people on business payrolls in Fairfield and Bankstown lifted by 2 per cent in the fortnight but are still 12.9 per cent and 10.8 per cent down respectively on their pre-lockdown levels.

It’s a similar story across Melbourne. Some parts are close to pre-lockdown payroll levels, including Frankston, the southern part of Casey and Wyndham in the city’s west.

But central Melbourne, Sunbury and Maribyrnong are still almost 7 per cent short of their pre-lockdown levels.

“The improved recovery pace reflects the increased certainty given to businesses from having world-leading vaccination rates, which hopefully mark the end to major lockdown-induced disruption,” he said.

“This solid result will undoubtedly encourage more to participate in the labour market, which had fallen drastically in lockdown affected states.”

The payroll figures largely fall outside the timing of the October employment survey, the results of which will be released on Thursday. They are expected to show a further fall in total employment nationally.

While jobs are returning to many sectors, businesses through the September quarter took a hammering.

Separate figures from the bureau showed retail business turnover fell by 0.6 per cent, after falls of 3.4 per cent in June and 1.7 per cent in July before a small uptick in August.

These figures will feed into the September quarter national accounts that are due for release on December 1. These are expected to show the economy contracting by 3 per cent, the second largest quarterly fall on record.