Labor frontbencher Joel Fitzgibbon is set to quit the opposition shadow cabinet amid a growing fight over its future climate change and energy policies.

Mr Fitzgibbon is expected to call a press conference later this morning after telling caucus he will sit on the backbench because he believes the party is alienated its blue-collar base by pushing for deeper cuts to carbon emissions without an appropriate transition. 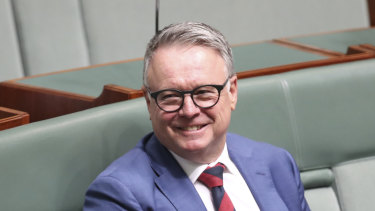 The long-time regional MP, who has been highly critical of the left flank of the party's membership since last year’s election loss, told The Sydney Morning Herald and The Age on Sunday that it would be electoral suicide to push for deeper cuts in carbon emissions.

But Mr Fitzgibbon said a new campaign from within the party for deeper cuts sooner would be "just a recipe for another election loss".

Privately the resources and agriculture spokesman, who represents the NSW election of Hunter, has raised with his colleagues his fear the ALP is in permanent opposition.

"It would be a mistake to conclude that Joe Biden's narrow win, or indeed the Congressional results, are a green light for climate change policies that leave Labor’s traditional base behind," Mr Fitzgibbon said.

"It should though put pressure on Scott Morrison to embrace the 2050 net zero emissions target and to take more action."