John Cena is a happy man these days.

Yes, he has a new film called Playing With Fire out this weekend. And you better believe he has many more gigs lined up including a role in the upcoming Fast & Furious movie.

But perhaps it’s girlfriend Shay Shariatzadeh that is really making this actor extra joyful these days.

“I can say with great confidence I’m extremely happy,” he told Hoda Kotb and guest co-host Andy Cohen this morning on Today. “I always try and give you a little something.”

Andy, however, also wondered how this relationship is different from his past one with Nikki Bella. For many pop culture fans, they were able to get a front-row seat to the romance on Total Divas and Total Bellas. This time around is a little different.

“Well you know every experience in life is a chance for us to know who we are and who we‘re not and just because I went down one avenue in life doesn’t mean I’m going to repeat going down that avenue,” John explained. “I think if there is a learning experience for me and a takeaway for me, it’s ok to be who you are and it’s ok to establish boundaries.  You always ask me about personal stuff and I always say, ‘Thank you Andy for asking, but I’ll keep those details to myself’ so just because a precedent was set, doesn’t mean you need to follow that precedent as long as you take ownership of who you are and I think that’s an important message for anybody watching out there.” 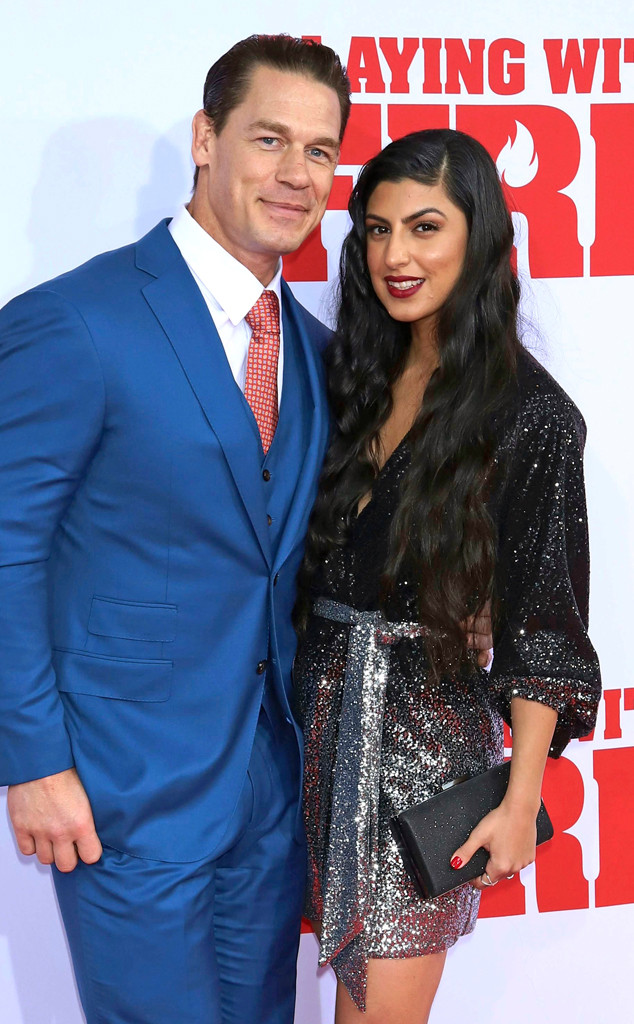 He continued, “If you’ve done something before and it doesn’t really mesh with who you are, it’s ok to change. It’s ok to develop and grow and that’s the journey of life.”

Just last month, John and Shay made their red carpet debut as a couple for the New York premiere of Playing With Fire. And while they didn’t do any interviews together, the athlete has shed some light on his romance.

“Through trial and error, we find out what we value and what we believe in and I really value being able to have moments that are mine,” John previously shared on Watch What Happens Live.

As for Andy’s hope to get John and Shay on a reality show, let’s just say he’s going to have to wait a little longer. “I’m very flattered about the pitch, but that’s a hard no,” he shared on Today.

And for those—like Andy—who think Shay looks like Nikki, John is staying mum.

“Andy, thank you so much for asking that question, but I’ll keep that as your question and keep those details to myself,” he replied.

(E! and NBC are part of the NBCUniversal family)