Aviation ground workers in regional airports across the country will miss out on $750 weekly payments that thousands of their colleagues doing the same job for major airlines in big cities will receive.

Nationals leader Barnaby Joyce announced the rescue package on Monday, but it left out contract workers in regional areas – including in his own electorate – while putting cash in the pockets of their counterparts in major cities. 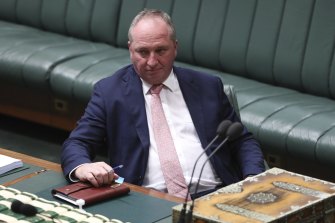 The double standard has sparked a warning from a coalition of aviation firms that the lack of support risks causing thousands of job losses that could in turn delay travel and tourism returning to normal levels months after lockdowns lift.

The deputy prime minister announced hard-hit airlines would be eligible for $750 a week payments for half their staff but excluded the firms they have outsourced cleaning, checking, towing and loading many of their flights to, especially in regional areas.

A list of airports provided by an industry lobby, the Australian Aviation Ground Handlers Industry Alliance, shows excluded workers are essential to keep flights running to dozens of towns in Nationals electorates, including Tamworth and Armidale in Mr Joyce’s own seat of New England.

“Our 9,800 specialist ground handlers will be denied the same financial support from the government for doing the same work, at the same airport for the same airline,” said alliance chair Glenn Rutherford. 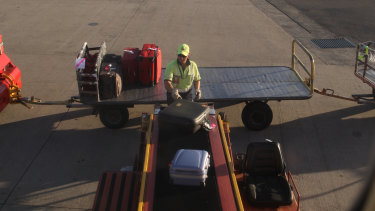 “If that protection is not extended to all aviation ground operations personnel, it will inevitably mean a large proportion of our workforce will pursue other more financially secure work in the weeks ahead, after almost 18 months of diminished or no work.”

In response to questions from The Sydney Morning Herald and The Age, a spokeswoman for Mr Joyce said the government was reviewing the scheme.

“We are operating in a dynamic and crucial phase of the pandemic and the government will continue to review the Retaining Domestic Airline Capability program, as it has done with all pandemic response measures, to ensure that it continues to be fit for purpose,” the spokeswoman said.

A separate government grants program worth up to $52 million to keep 5000 staff trained and certified is open to the ground-handling companies, who also check in passengers at many airports.

Analysis of flight data from the alliance suggests many regional airports have seen flight numbers drop more than 50 per cent from May to this month. Because those areas are typically not coronavirus hotspots, staff there also miss out on the coronavirus disaster payments that people in lockdown can access if they lose work hours.

Qantas announced this week it would stand down 2500 staff and Virgin is set to announce its own round of stand downs in an illustration of the challenge facing the aviation industry.

Companies in the alliance, which range from multinational giant Swissport to smaller, locally owned outfits, have already seen their workforce drop by about a third from 16,000 staff before the pandemic as border closures and lockdowns bite.

Mr Rutherford warned that if more staff leave the industry, airlines will be unable to return to full flying schedules across regional Australia for months after lockdowns lift because the sector will have to recruit, train and certify new staff.

“This three stage process could take months, leading to personnel shortages across Australia, from our busiest capital city airports to our lower volume regional hubs, at precisely the time the economy will be opening up,” Mr Rutherford said.

Labor and aviation unions have lashed the government over the issue, saying it has created two tiers of aviation workers for no good reason.

“Those who have been abandoned have every right to be furious,” said Catherine King, Labor’s transport spokeswoman.

Qantas outsourced about 2000 ground handling jobs last year, though it could be forced to reinstate some after the Federal Court found it had acted unlawfully.