In honor of Women’s History Month, HL spoke with Joyette Holmes, who broke through glass ceilings as the first African American and first woman to serve in Cobb County, Ga.

A woman who formerly served as Cobb County’s District Attorney is questioning the timing of the new Georgia voting laws. Joyette Holmes, Esq., the special prosecutor who led the Ahmaud Arbery case after he was shot to death while jogging in Feb. 2020, told HollywoodLife EXCLUSIVELY that the timing of the controversial new bill that was signed into law on March 26th “is very suspicious.”

“I have served on my local board of elections,” the former Republican Chief Magistrate Judge said. “And there are definitely things related to transparency and trust in the system that could be adjusted. But the adjustments that are being made — the timing is very suspicious, certainly.” 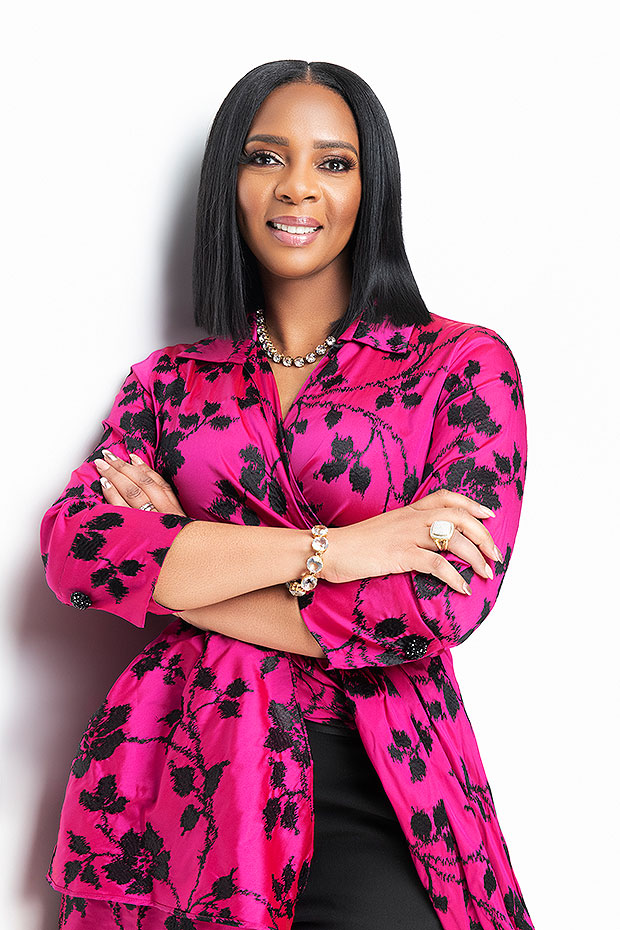 President Joe Biden took to Twitter on Mar. 26 and slammed the “blatant attack” that Georgia Gov. Brian Kemp signed into law earlier that day. He wrote, “The Georgia voting law — like so many others being pursued by Republicans in statehouses across the country — is a blatant attack on the right to vote, the Constitution, and good conscience. It’s Jim Crow in the 21st Century — and it must end.”

The new law undermines pillars of voting access by ending automatic voter registration, and banning drop boxes for mail ballots. African Americans disproportionately vote in areas where there are longer lines due to fewer voting polls, so the law makes it illegal to give food or water to people who have been waiting hours in line to vote, making this unusually harsh. It also eliminates the wide availability of absentee voting and restricts early voting on the weekends. Altogether, the new limitations have a sizable impact on Black voters, who make up roughly one-third of the state’s population.

State Rep. Park Cannon was arrested by Georgia State Capitol police after she attempted to knock on the door of Gov. Brian Kemp’s office during his remarks as he signed the elections bill into law. According to Fulton County inmate records, Cannon was charged with “Willful Obstruction Of Law Enforcement Officers By Use Of Threats Or Violence – Felony,” and “Preventing Or Disrupting General Assembly Sessions Or Other Meetings Of Members.”

The voting law follows the record-breaking turnout after the 2020 election when Biden narrowly beat Donald Trump and two new Democratic U.S. senators, Rev. Raphael Warnock and Jon Ossoff, who were elected from Georgia, shifting the balance of power in the chamber. 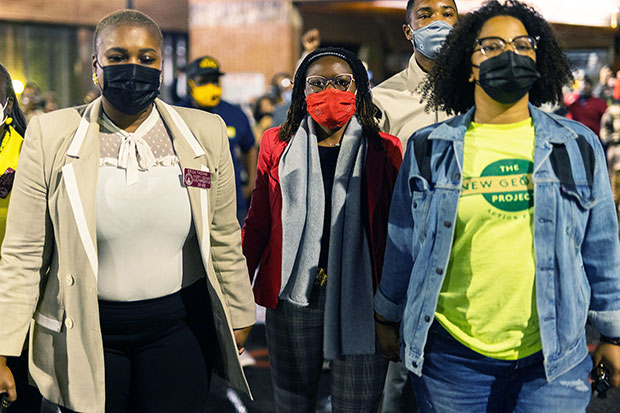 Holmes was the first African American and the first woman to serve as a Chief Magistrate Judge and also the District Attorney in Cobb County. But that’s not why she felt “tremendous pressure” when she was appointed as the special prosecutor to lead Arbery’s case in May 2020. Holmes was confident “we were going to do the right thing and make sure that the facts and circumstances of that case were tried in the courtroom, and not in the public. The integrity of the issues related to the case was important to me and Ms. Wanda [Cooper-Jones] and Mr. Marcus [Arbery, Sr.]. Arbery’s parents have been through so much already that I didn’t want to do anything that would put them in a worse position emotionally. So making sure that the actions we took pursuant to the law, as well as the actions that we took in caring for that family was the most important thing.” 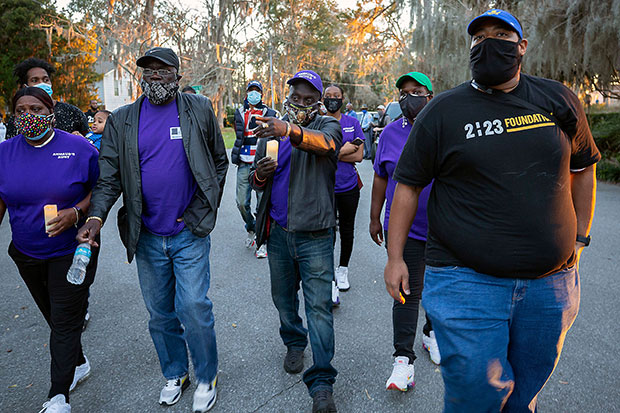 Holmes led Arbery’s case through the crucial step of getting indictments for the three defendants — Travis McMichael, Greg McMichael and William “Roddie” Bryan Jr. — which included charges of malice and felony murder. Holmes led the case from May 2020 until she was voted out in the Democratic sweep later that year. 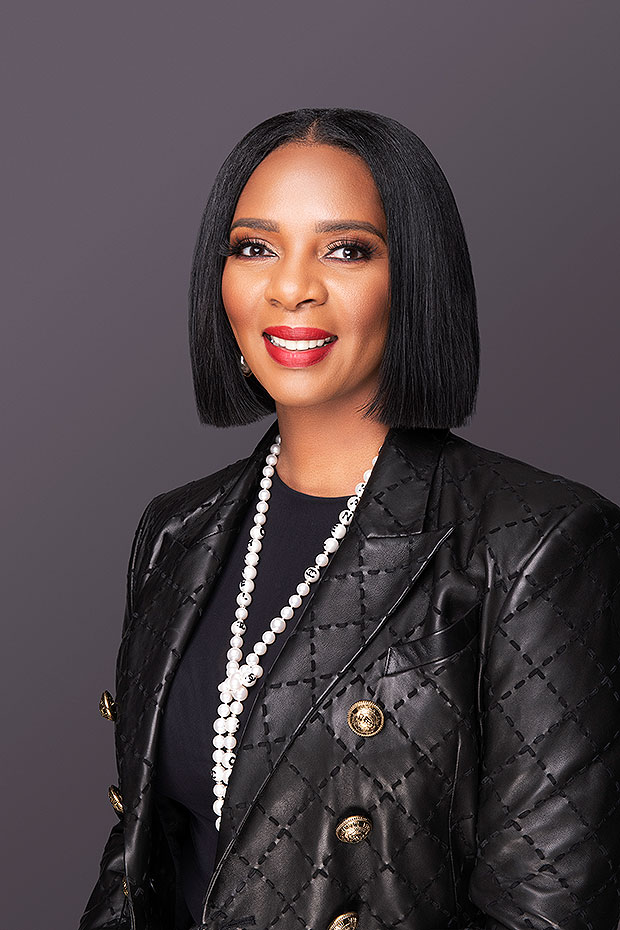 She continues working on her criminal reform program, Project Restore 360. “The goal of the program is to work through youth empowerment; expanding some of the youth diversion programs for those young adults who are charged, aged out of the juvenile court system, and to turn around mistakes they made that brought them to the criminal justice system.” It’s a records expungement program which held their first Job, Housing, and Health Fair Expo in Feb. 2020 before the next was forced to cancel due to the pandemic. However, Holmes continues working on future plans for the program as a partner at Gregory, Doyle, Calhoun & Rogers.