Having nothing to wear is its own form of heartbreak. There’s the betrayal that a cherished companion—like a statement dress as expensive as rent, or at least a scalped Rent ticket circa 1999—has literally worn out its welcome. There’s the panic of seeing friends (and worse, “friends”) look so effortlessly wow while sitting beside them, feeling wilted and withdrawn. And the pang of doubt that comes from standing naked with the closet door flung all the way open, staring at racks and wondering, Do I hate who I was, or do I just need new jeans? It’s heavy and horrible, and designer Karyn Grupski of the new label L’Amours knows it. That’s why the New York native created her new line of hard-to-find/easy-to-wear classics, like floaty eyelet tees, oops-I’m-sexy slipdresses, and cinched cadet blazers. Grupski calls the line “classics that will never be boring or cliché,” and she’s right: L’Amours is so appealing because it gives us a post-pandemic permission slip to look great without making it a thing. 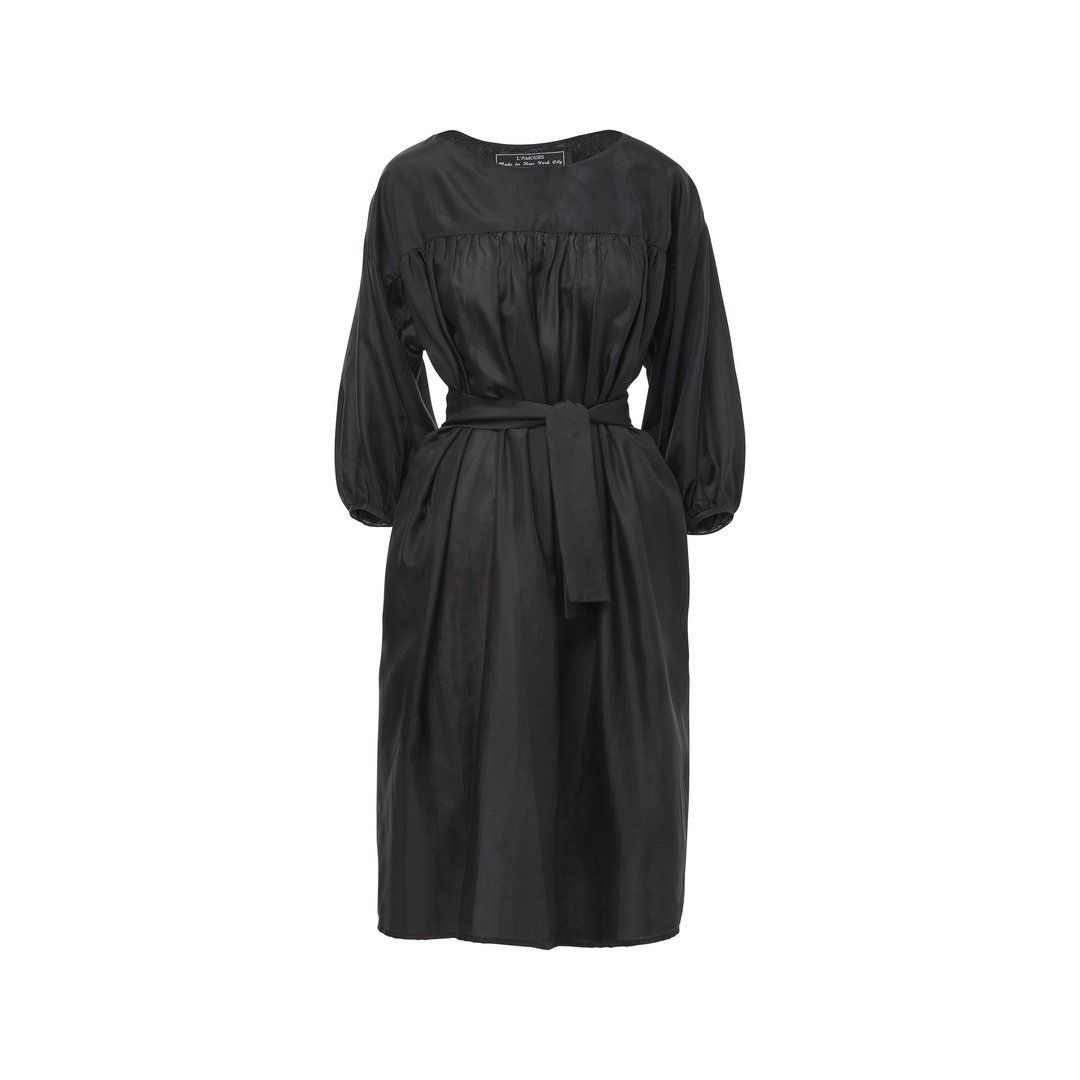 There’s just one snag: Despite trying to keep it quiet, Grupski herself is totally a thing, and when real hearts ruled fashion before Instagram ones did, she was the one who drove the pulse. As Gap’s design director in the early 2000s, she convinced Madonna to swap her bustier for blue jeans, and gave brown corduroy jackets Yeezy-level hype. (“We sold out of them,” she laughs. “They were gone in every store in America. Crazy, right? It was Gap’s heyday, really, and we were so on our games.”) After that, it was on to Ralph Lauren, where the West Village resident made cottagecore a thing the first time around. Gigs followed at indie labels like Edun (owner: Bono) and retail hubs like Nordstrom; at each, she brought her love of denim deadstock and classic Liberty of London prints, which she puts on blast at L’Amours. “I think it’s cool to use them, because so many women have worn the print before we have. … Those women [from the past] live through these clothes, even when we’re living in these clothes. I love the personal connection to it. And they always look so good.”

It’s that idea of looking good without feeling like you’re wearing someone else’s story that sparked the creation of L’Amours in the first place. Grupski started kicking the idea around five years ago while freelancing for huge brands—and making best-selling items for other labels, but never herself. “I kept thinking, ‘Why can’t I buy a great pencil skirt? Where is the perfect army jacket?’” she sighs. “Then the pandemic hit … I was like, ‘I guess it’s now or never. … If I want clothes I love—not trendy, not one-off vintage, pieces you can actually buy—I’ll just make them myself.’” 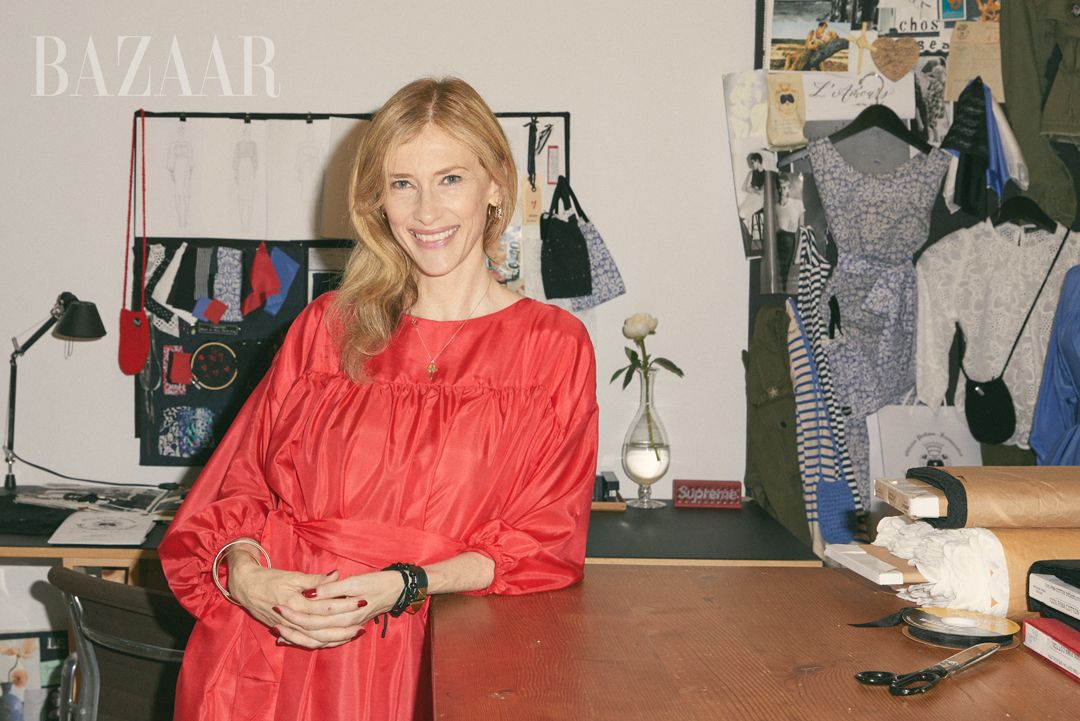 She began with her “favorite thing,” a series of mood boards crammed with embroidered hearts, army patches, New Wave cinema photos, handwritten receipts from the 1920s, and punk band buttons scoured on St. Mark’s Place. As for the name, “L’Amours is a bit cheesy, which I like!” she laughs. “At the end of the day, I’m making it for you to wear and have fun in. So the cheesy factor, I’m good with. But also, when I was a kid, there was a club in Brooklyn called L’Amour. It was a heavy metal club, with hard-core music—it was all punk rock, all the time. I caught the tail end of it, because my brother’s band, Dissonance, played there before it closed in the ’90s, so I actually got to go. Everyone called it ‘La-Mooo-wah,’ you know, with a real Brooklyn accent. … It was one of the coolest places New York has ever had.”

I was like, ‘I guess it’s now or never. … If I want clothes I love—not trendy, not one-off vintage, pieces you can actually buy—I’ll just make them myself.’

When it came to manufacturing, Grupski invoked another “old New York” throwback: reaching local factories by phone (landline even!) instead of email. “We talk a lot about ‘fast fashion’ in the industry, but I’ll tell you a secret,” she grins. “It’s actually faster if you make it in New York. You go to one garment center you can get to on the subway. You talk to people face-to-face and show them what’s working and what’s not—or they’ll show you what’s possible and why. The turnaround is like two weeks, the quality is better, and there’s nothing more important to me than looking someone in the eye when you’re working with them. Especially in New York. These small factories and workshops making American clothes are still here. They’ve lasted through overseas stuff, they’ve lasted through a year of making masks, and they’re still here and so good. You can see that in our clothes. These are by humans, for humans. … That’s something we used to have in New York that I’m sad is missing from a lot of the scene right now. … We talk about ’90s fashion a lot, but we forget to talk about that.” 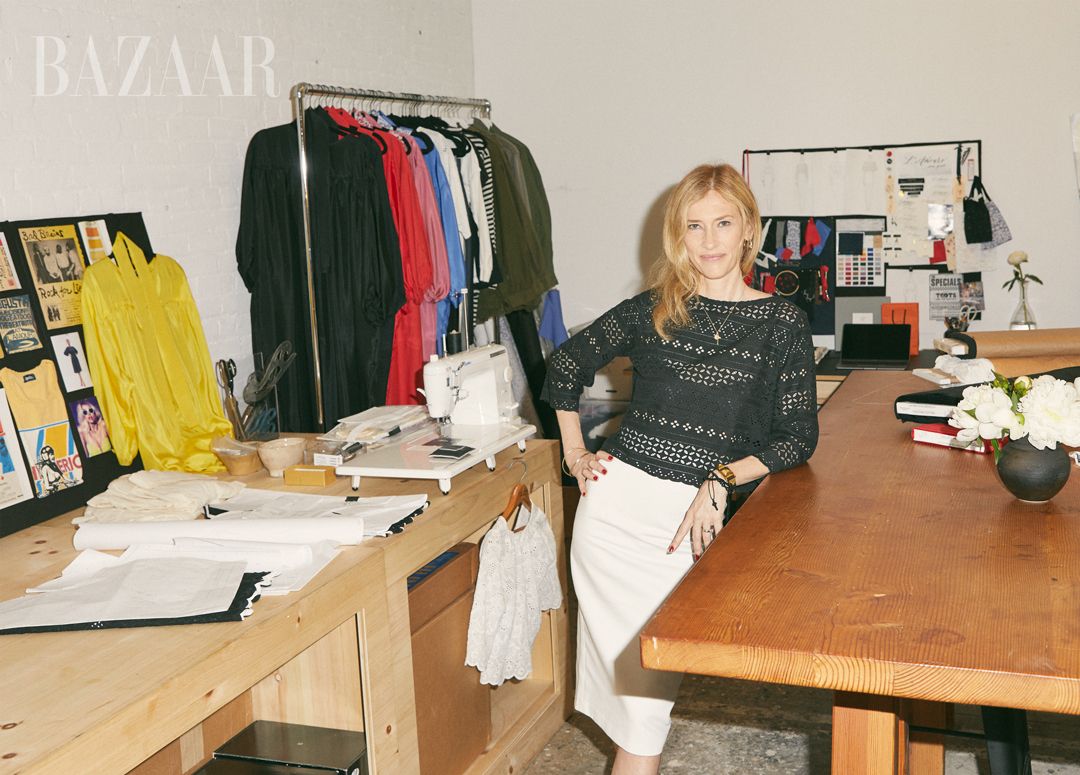 Grupski doesn’t love the myth of the ’90s fashion nymph—the one who sprung fully formed from a TikTok clamshell wearing a black choker and a neon plaid slipdress, and is now seemingly everywhere. “Nostalgia flattens things,” she says, and her been-there-worn-that attitude is right on, because Grupski actually has. For proof, turn on the ’90s cult classic Kids and see her in the corner, wearing skater jeans from Liquid Sky. “I was in it because I was friends with everyone in it,” she shrugs. “And it was, to this day, one of the greatest groups of people ever in New York. But it is a ridiculous movie!” She waves one hand in the air, a preacher with a DIY manicure. “That stuff did not happen. We did not live like that, shooting [drugs] and having no accountability. … I mean, I did that [scene] with my boyfriend—who’s now my husband, actually—and our friends. Then I left to do homework.”

Right now, we don’t want what’s overwhelming in fashion. We want smaller points of view. We want to fall in love with our clothes again.

The vibe continues with L’Amours first collection, which offers two potential life partners in the form of a dress: The Wiggle and The Costanza, which is named for “a beautiful place in Italy, but now I wish I’d named it after George Costanza from Seinfeld.” There are the pencil skirts of Grupski’s literal dreams, along with racks of vintage army bombers the designer has recut and cropped for a day-to-midnight silhouette. “I love the idea of unisex clothing,” she says. “But I want to tailor it more to my body. At Ralph [Lauren], we did a lot of women-wearing-menswear, that kind of vibe … and, I mean, Ralph would wear women’s pants all the time because they fit better! I don’t think clothes have gender, you know? They just have shape.” 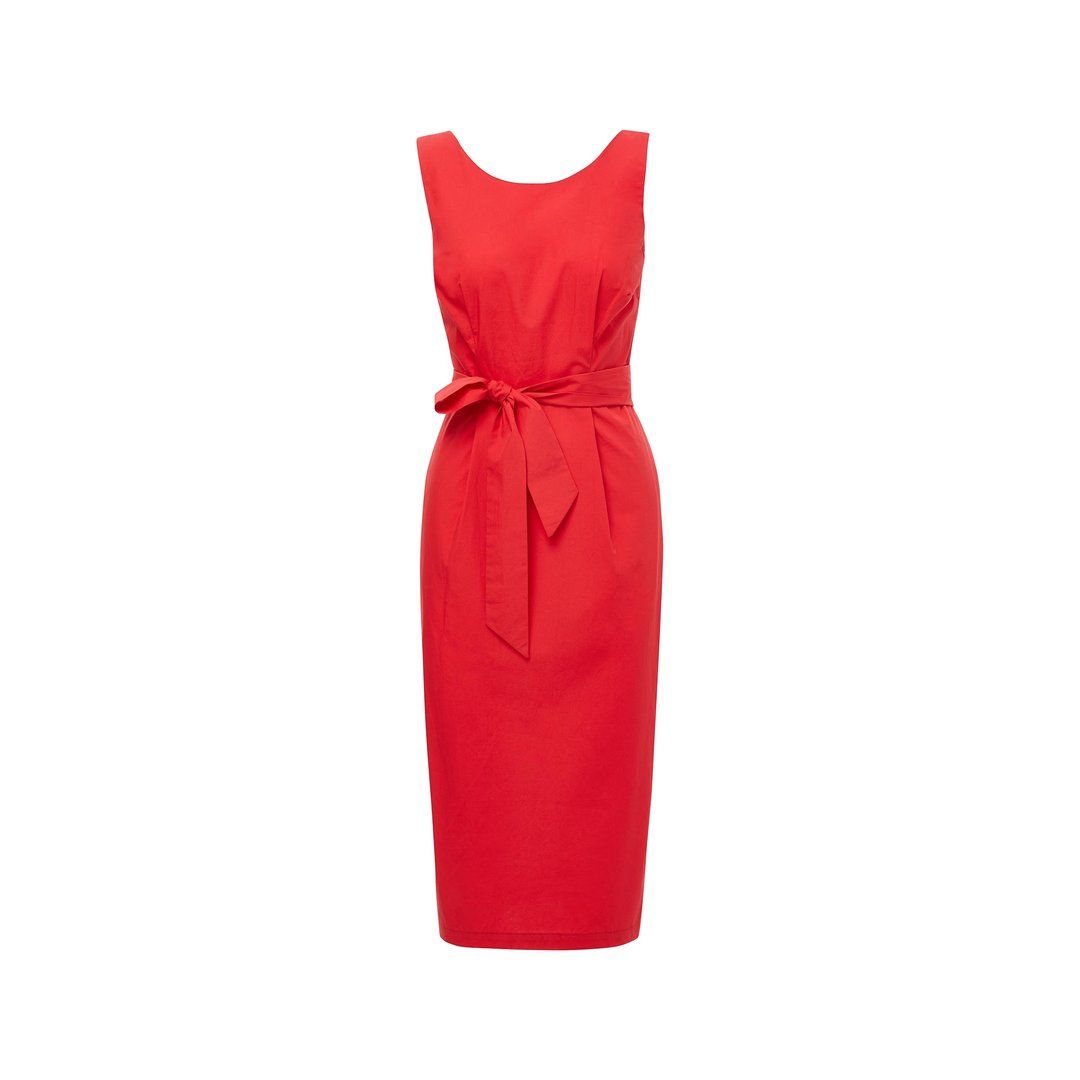 For now, a sparse website lets in-the-know fans place made-to-measure orders, but Grupski vows to take the line IRL soon. “I keep thinking of the little dress shop in West Side Story,” she says. “I want a little sewing shop eventually, and people can come in and say, ‘Can I buy this, but first, can you make the waistband smaller? Can you make the hem on this skirt shorter?’ The way people used to just pop into stores in New York and discover things—like at Steven Alan, remember? That’s going to come back. Right now, we don’t want what’s overwhelming in fashion. We want smaller points of view. We want to fall in love with our clothes again. That—that’s L’Amours.”