A real work of art! Kate Middleton looks elegant in red pleated Alessandra Rich dress as she visits the V&A on its first day of reopening

The Duchess of Cambridge looked elegant in a red pleated midi dress as she visited the V&A in London today.

Kate Middleton, 39, who studied art history at university, viewed two new exhibitions as the museum opened its doors to the public for the first time this year.

The royal opted for a £1,565 houndstooth dress from favourite designer Alessandra Rich for the solo outing, accessorising with a pair of classic black pumps and a black clutch bag.

It came as Princess Beatrice announced she is expecting her first child with Edoardo Mapelli Mozzi this autumn. 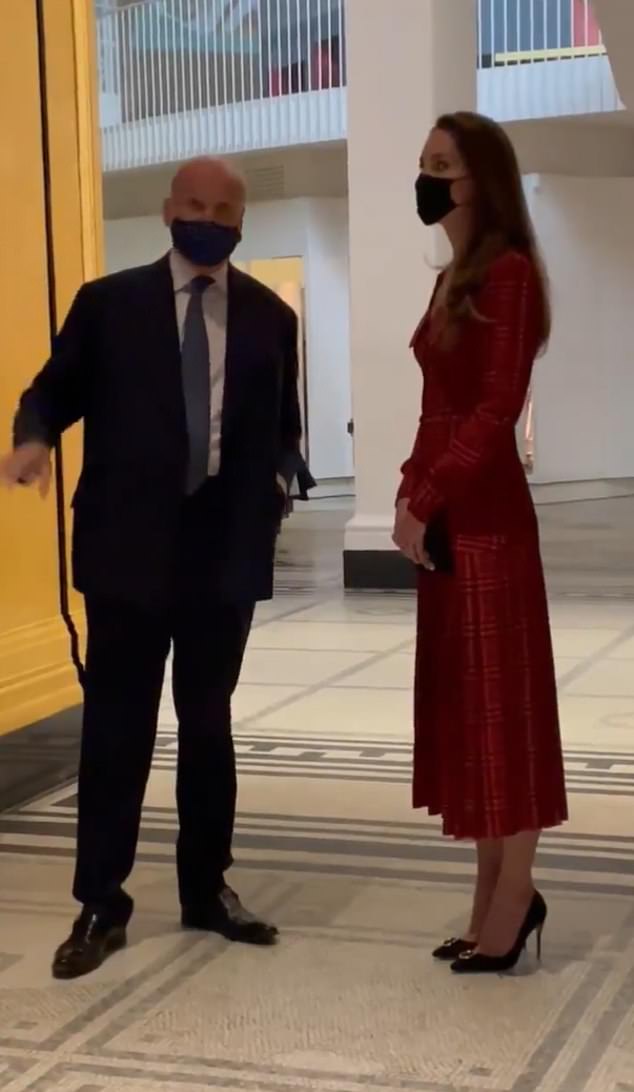 Kate, 39, viewed two new exhibitions as the museum reopened its doors to the public for the first time this year 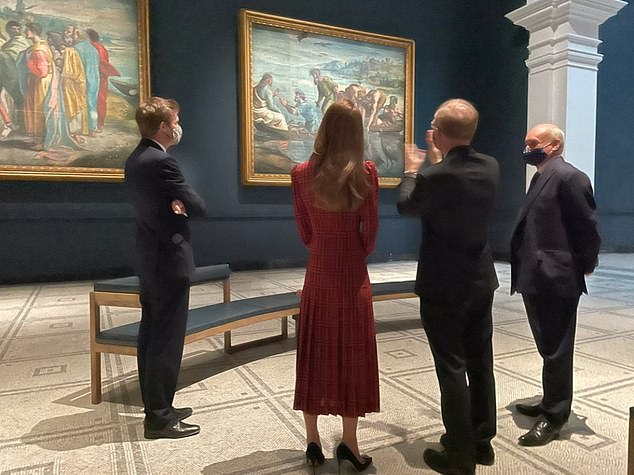 The Duchess firstly visited the museum’s Raphael Court, home to the Raphael Cartoons, which reopened today following a nine-month refurbishment to mark the 500th anniversary of the artist’s death

The Duchess, who is royal patron of the V&A, firstly visited the museum’s Raphael Court, home to the Raphael Cartoons, which reopened today following a nine-month refurbishment to mark the 500th anniversary of the artist’s death.

A set of seven full-scale designs for tapestry painted by Raphael, the Cartoons were commissioned in 1515 by Pope Leo X for the Vatican’s Sistine Chapel and are considered to be one of the greatest treasures of the Renaissance.

During the visit, Her Royal Highness heard more about how the refreshed gallery and its new interpretive approach will transform the way visitors experience the Raphael Cartoons.

The Cartoons have been lent to the V&A from the Royal Collection by Her Majesty The Queen.

The Duchess then visited the V&A’s landmark 2021 exhibition Alice: Curiouser and Curiouser, ahead of its opening this weekend.

Featuring over 300 objects spanning film, performance, fashion, art, music and photography, the exhibition will allow visitors to delve into the origins, adaptations and reinventions of Alice in Wonderland over 158 years.

The immersive exhibition makes the V&A the first museum to fully explore the cultural impact of the book and its ongoing inspiration for leading creatives, from Salvador Dalí and Yayoi Kusama to The Beatles and Vivienne Westwood.

After touring the exhibitions, Her Royal Highness met a small group of museum staff who spoke about their experiences of working during a particularly challenging time for the museum sector.

The Duchess of Cambridge became the first Royal Patron of the V&A in March 2018.