Kate Middleton, 37, and Prince William, 37, turned heads as they arrived together at the Men’s Doubles Final at Wimbledon this weekend. The duo – who have been married eight years- looked stunning as they matched their outfits for the day. While the Duchess of Cambridge looked sensational in a powder blue dress, said to be worth £1,390 from designer Emilia Wickstead, William looked equally dapper in a grey blazer, and a shirt and tie in the same blue colour. But was there a meaning behind Kate and William’s decision to co-ordinate for the event?

Stylist Melita Latham spoke to the Express.co.uk about the couple’s outfit choice.

According to Melita, their matching outfits could suggest a lot more about their relationship, with the appearing to be in tune” with one another.

She said: “Kate wore a powder blue dress drawn and complimenting her waistline perfectly, finished with a small blue bow.

“William’s powder blue shirt almost identical in colour but perfectly understated by his light grey sports jacket. Not wishing to upstage his wife, but content with the ‘substitute bench’ today.” 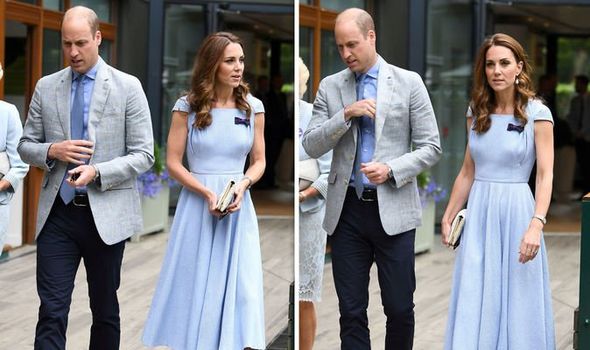 She continued: “If this combination dress was assembled subconsciously, they really appear to be in tune with each other, a certain sign of their feelings for each other is this feeling that they are part of each other, almost the same, but not exclusively.”

Melita went on to explain that by William toning down his outfit with a grey blazer, he allowed Kate to take the lead and for the attention to be mostly on her.

“It was Kate’s turn to shine at the match, William is very content to sit in her shadow and why not. When the mood or matter is more formal, state occasions for example, William seeks the front,” the stylist added.

“This annual event, whilst not as overstated as Ladies Day at Ascot, is nevertheless important to be seen wearing your best.” 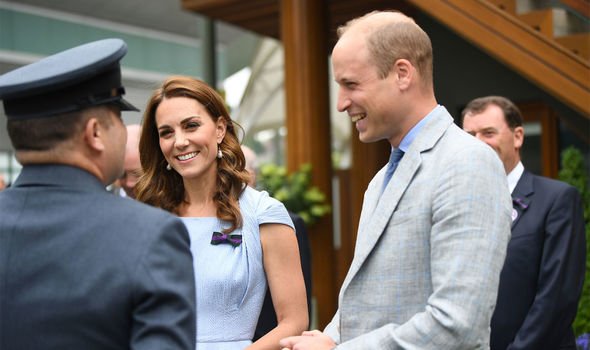 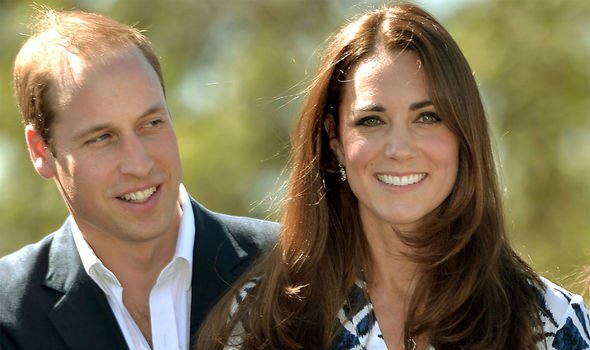 Overall it appears the couple are going to great lengths to appear “as one” when out in public, with Melita adding: “It is clear that they, as a couple, are at pains to ensure they are on the same level, the same team. Indeed one could be forgiven for comparing them to a Manchester City team walking out onto the pitch, one team, one purpose.”

The outing comes after it was revealed Kate was reportedly told she had to smile at photographers when she first met William back in 2001 at St Andrews University.

According to a royal expert, William insisted that Kate did this one thing.

Katie Nicholl wrote in her book Kate: The Future Queen that the now-mother-of-three was told to smile at photographers.

“William was aware of the situation and anxious about it,” Nicholl said.