Tom Ford slams current state of the Met Gala: ‘It used to be very chic’

It was a total flop.

Katy Perry was dressed up as Ariel from “The Little Mermaid” when she toppled out of her judge chair during Sunday’s episode of “American Idol.”

Host Ryan Seacrest was on stage introducing the episode when his whole face dropped as the audience is heard gasping.

“Oh!” Seacrest exclaims before the camera pans over to the judges where Perry’s mermaid tail is peeking up over the table as co-stars Luke Bryan, who is hysterically cackling, and Lionel Richie rush to help the “Fireworks” singer up.

“Are you ok? Are you alright? She’s alright,” Richie says as he, Bryan, and Seacrest hoist Perry back upwards and into her chair while she laughs in embarrassment. 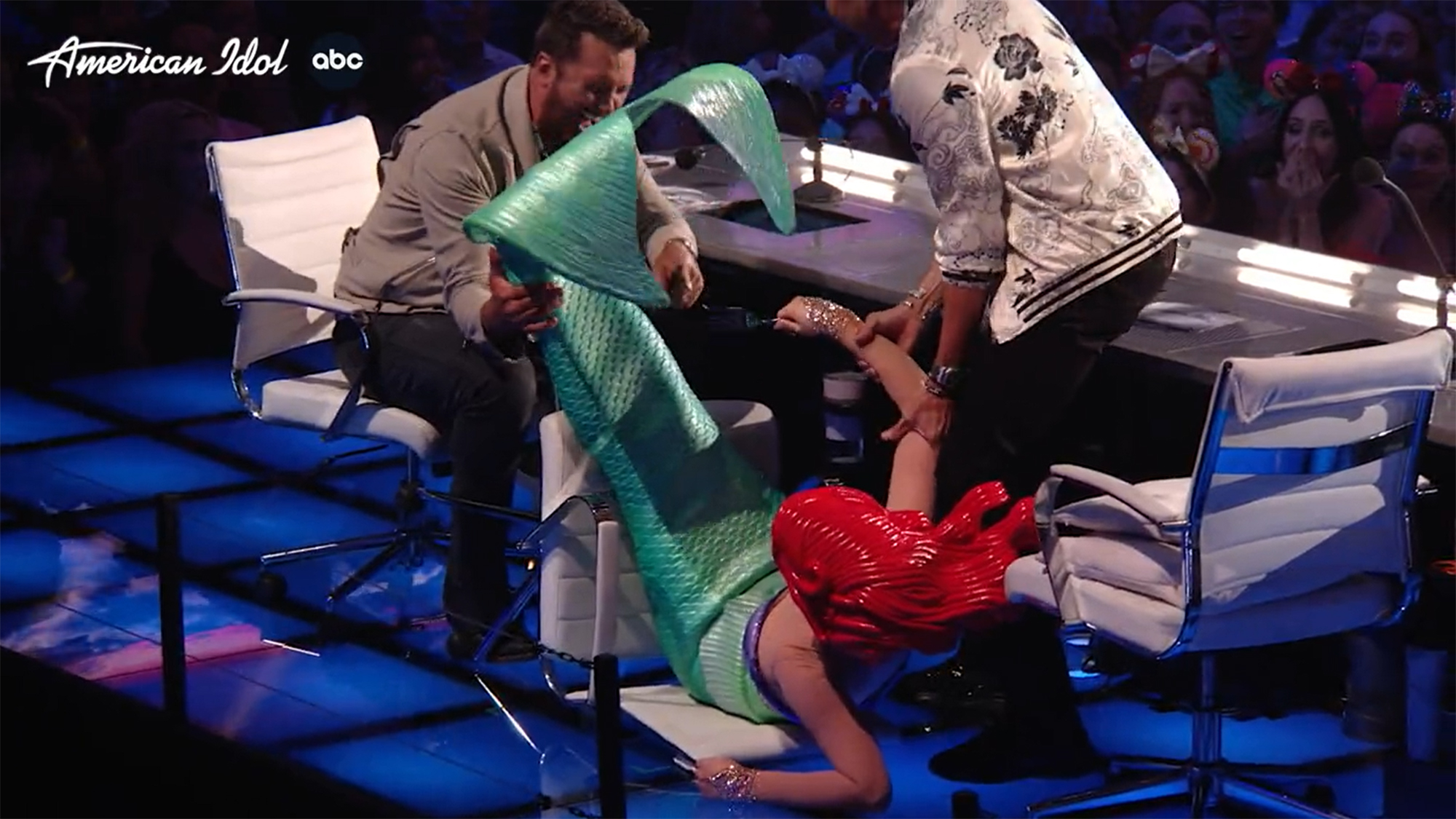 The audience then begins to chant her name as Perry, 37, takes a sip of water and says, “Thank you.”

“Hell with mermaid!” Bryan yelled as Richie added, “I love it!” 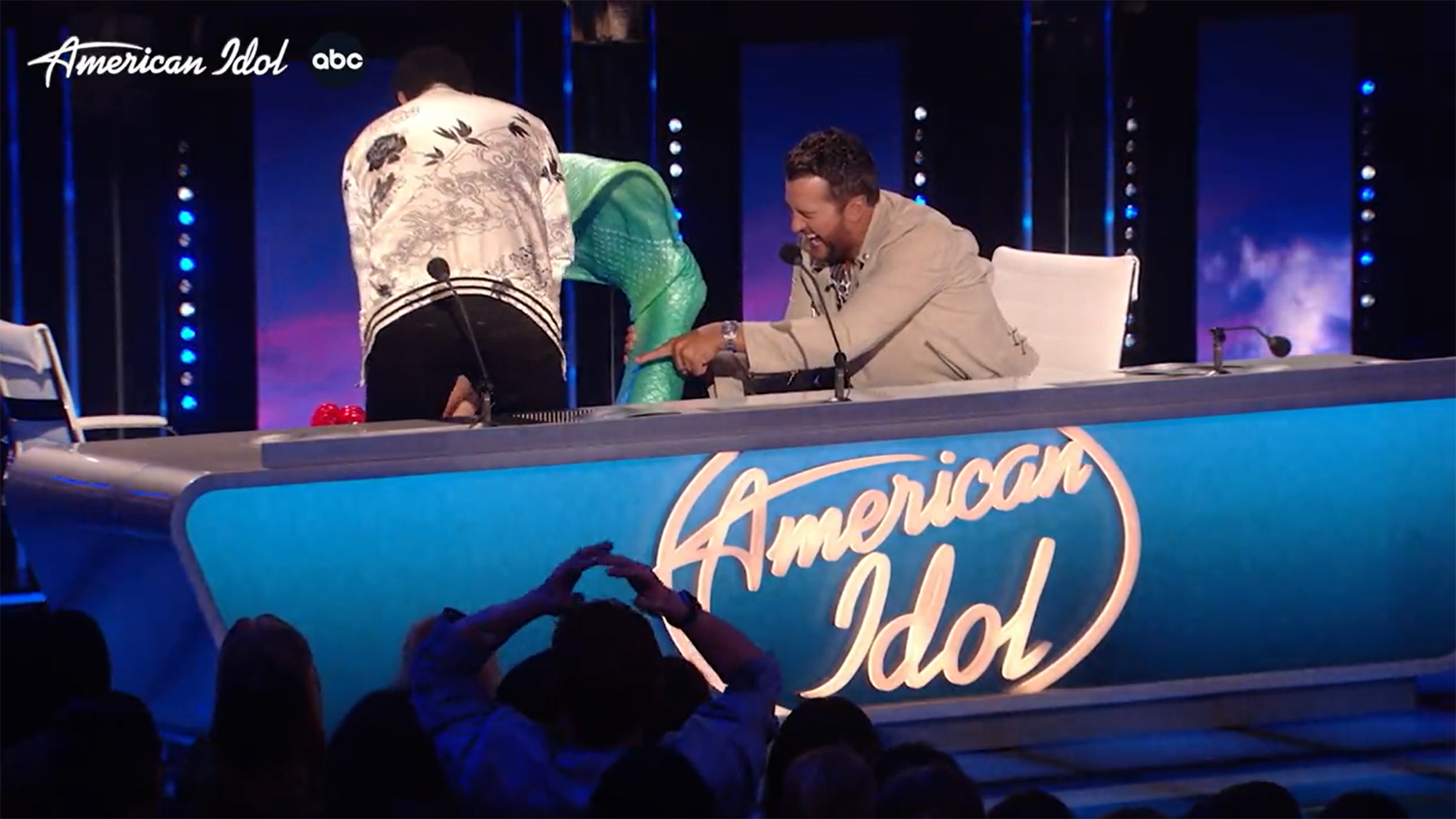 Perry shared the clumsy moment to her Instagram page, writing, “Flippin’ your fins you don’t get too far 🧜🏻‍♀️😅,” in reference to “The Little Mermaid” song “Part of Your World.”

She added, ” swipe to see what almost accidentally killed @lionelrichie,” along with a photo of her prop fork, known in the movie as a “dinglehopper.” 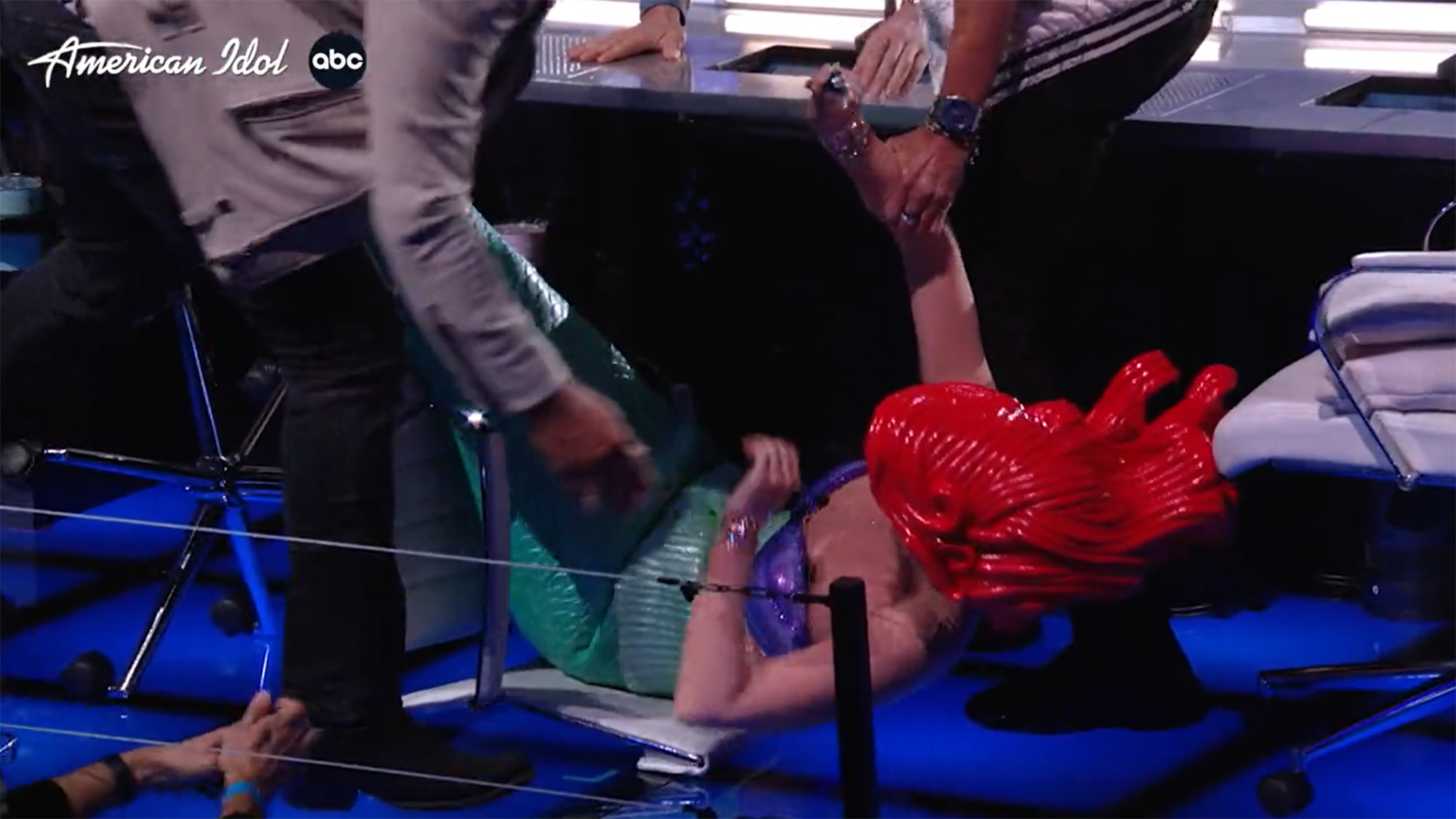 Perry had posted several snaps in her Ariel costume earlier that day to tease the Disney-themed episode. 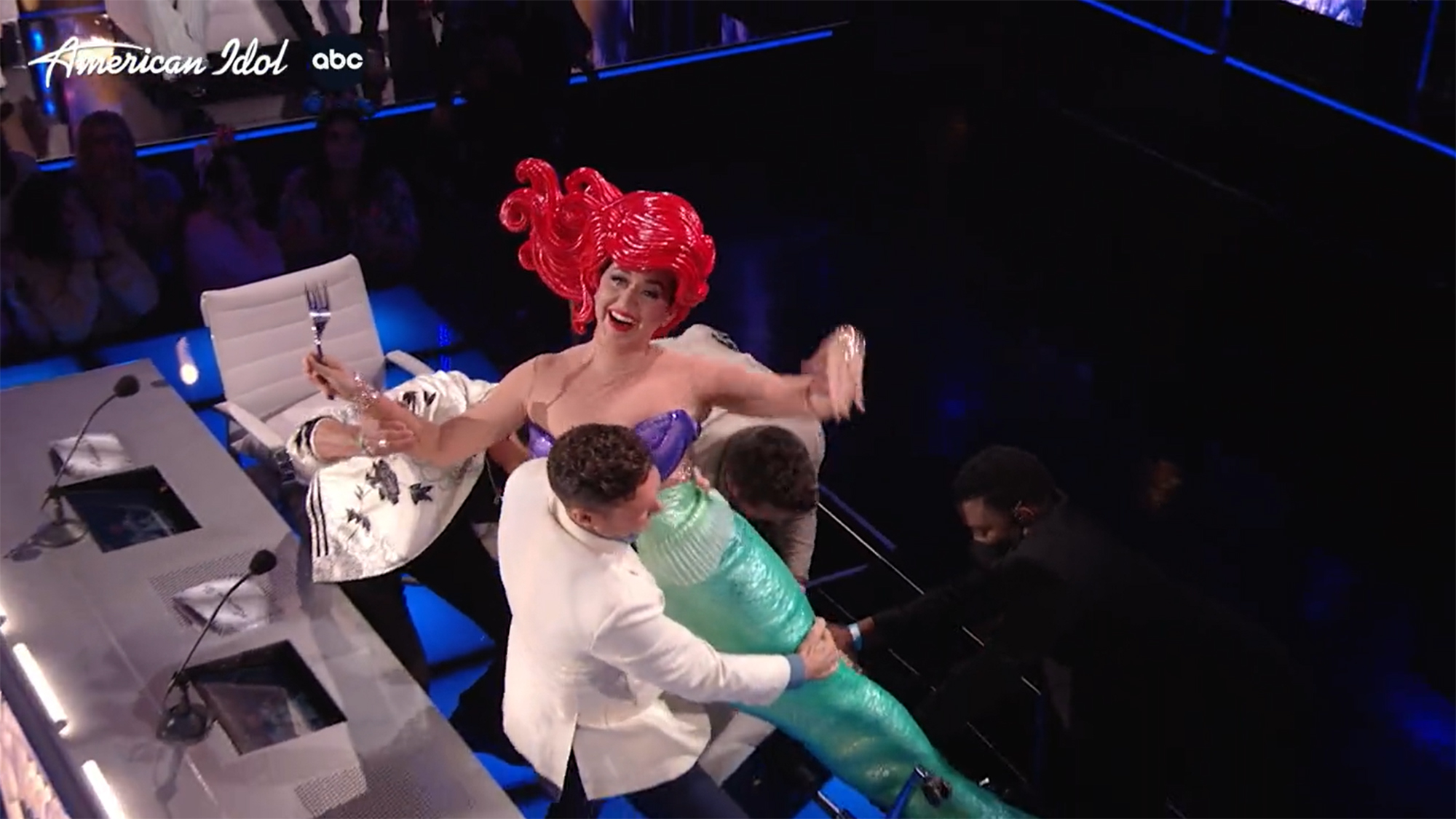 “look at this #americanidol episode, isn’t it neat?” she captioned a post rocking a green tail, purple shell bra, and flowing red hair as she posed with her fork.

She also shared several videos including one where a team of people banned together to slide the latex tail onto the star and another where Perry was seen being wheeled onto the stage on a dolly. 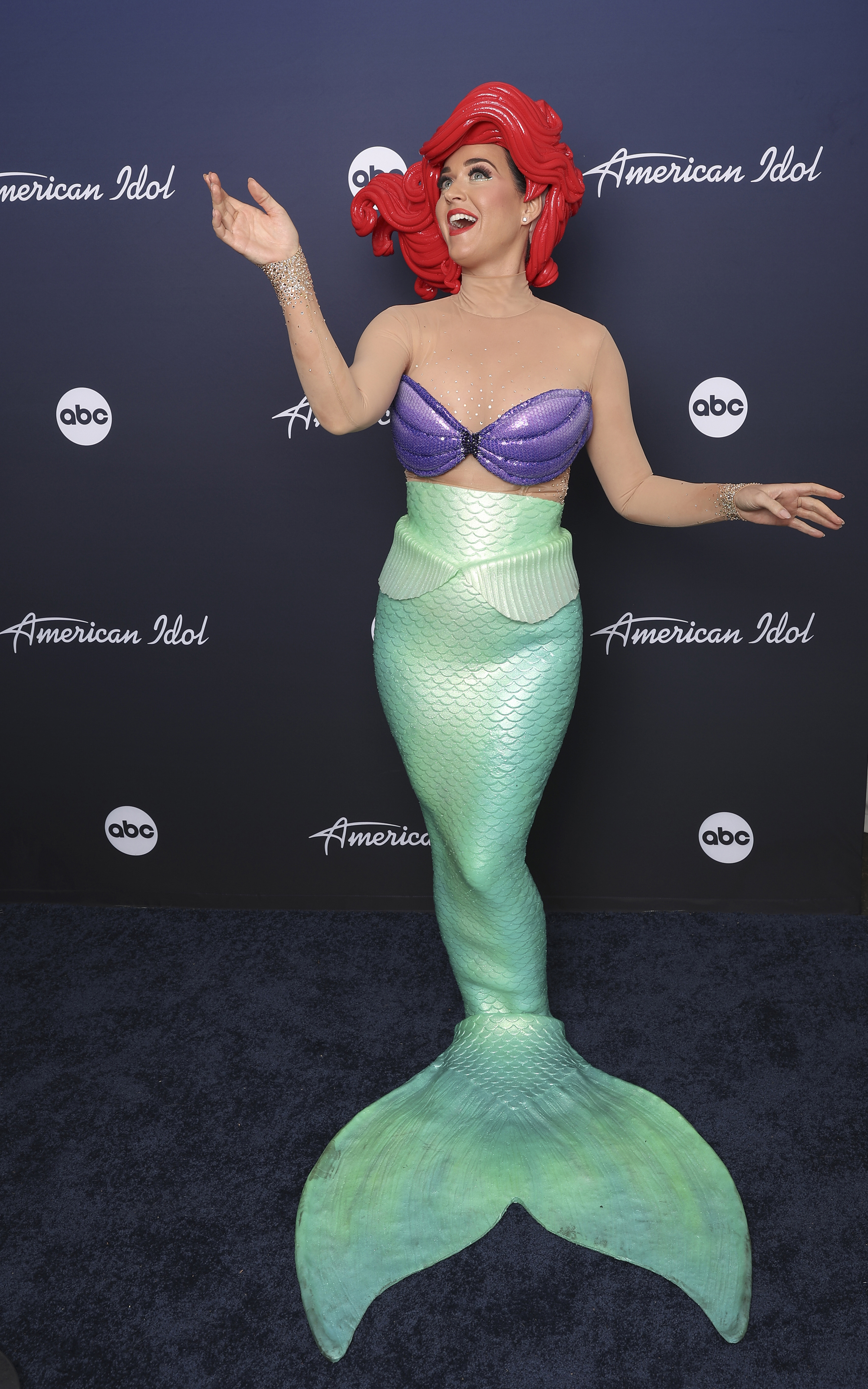 “some BTS of a lil Sunday sushi #americanidol,” she captioned the photo.

Her dog, whom she shares with fiancé Orlando Bloom, was dressed as Ariel’s trusty fish friend Flounder.