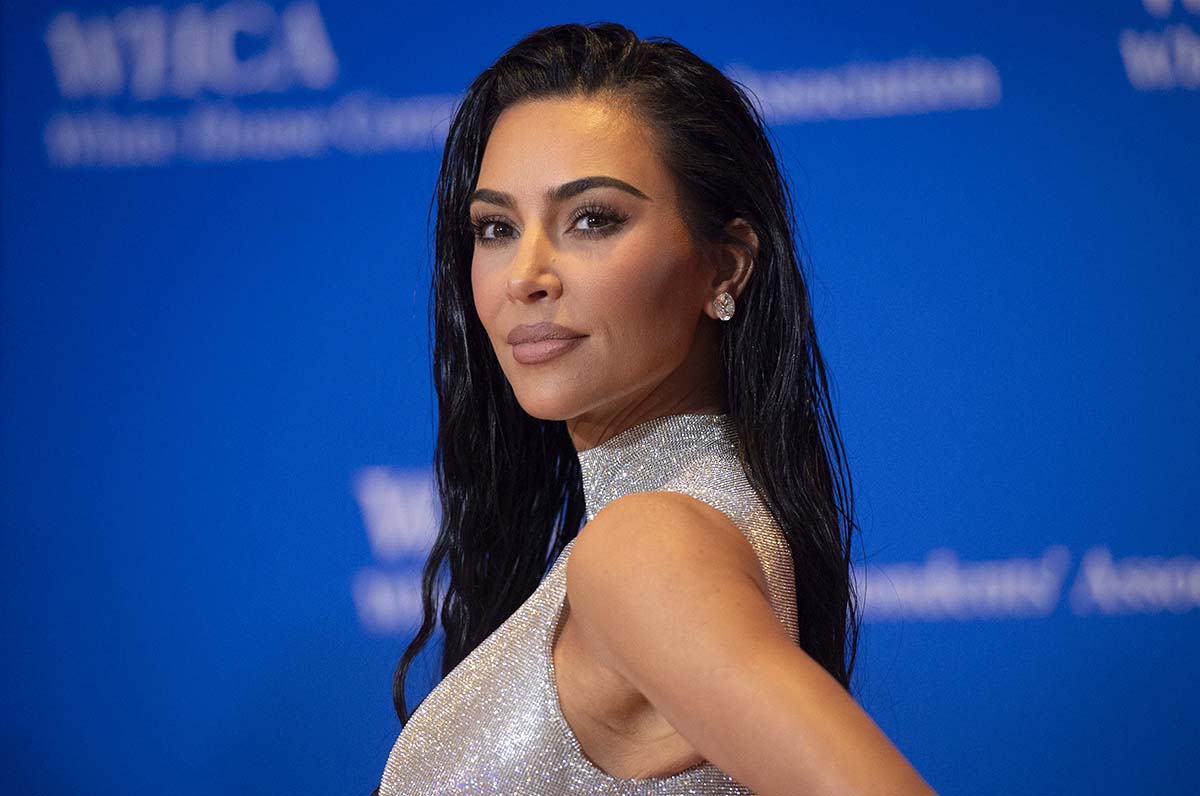 Kim Kardashian is keeping her Balenciaga era alive! The reality star unveiled her latest look from the fashion house — and it’s serving up retro vibes.

Kardashian, 41, shared a video via Instagram on Monday, August 29, that showed her rocking a sexy skintight mini dress. The frock was adorned with a pink and purple camouflage pattern and featured a one-shoulder construction.

“Balenci Barbie,” the Skims founder captioned the social media post. Kardashian complemented the look with a Pamela Anderson-like hairstyle. The Baywatch star, 55, famously wore her blonde tresses in a voluminous updo in the ’90s.

Kardashian accessorized with a tiny black Fendi bag and sported sleek PVC thong sandals. For her glam, the California native opted for a smokey eye and a soft nude lip.

The Skkn by Kim mogul has been sporting looks from Balenciaga since October of last year ahead of her Saturday Night Live hosting gig. She quickly created a signature style with the brand’s pantaboots, but has decided to switch things up over the last few weeks. On Sunday, August 28, the Selfish author shared a carousel of images that showed her wearing a figure-hugging turtleneck dress and neon green boots. Kardashian accessorized with chrome sunglasses and had her hair styled straight down her back.

In June, the TV personality opened up about her current style, which is drastically different from the outfits she wore while still with husband Kanye West. The “Stronger” rapper, 45, used to style the businesswoman prior to their split in February 2021.

“I would say [my style is] definitely, like, future alien Barbie vibes,” Kardashian said during a panel with Allure‘s editor-in-chief Jessica Cruel on June 21. She admitted, however, that she’s finding some aspects of her wardrobe to be a bit difficult. “I do struggle with casual [style]. I’m trying to get better at that.”

A Round Up of the Best Kardashian-Jenner Bikini Pictures

While Kardashian is finding her groove when it comes to fashion, she previously admitted to feeling anxious about having to dress herself.

“Even now I’m having panic attacks like, what do I wear?” she explained during a May 12 episode of Hulu’s The Kardashians. “Then for the Wall Street Journal magazine, I won the innovator award for Skims. And I was like, ‘How do I wear something that hasn’t been pre-vetted first?’”

She echoed similar sentiments in a February 9 interview with Vogue, saying: “I always think, ‘What will be next?’ I always had Kanye, who knew exactly what the next fashion era would be for me.”