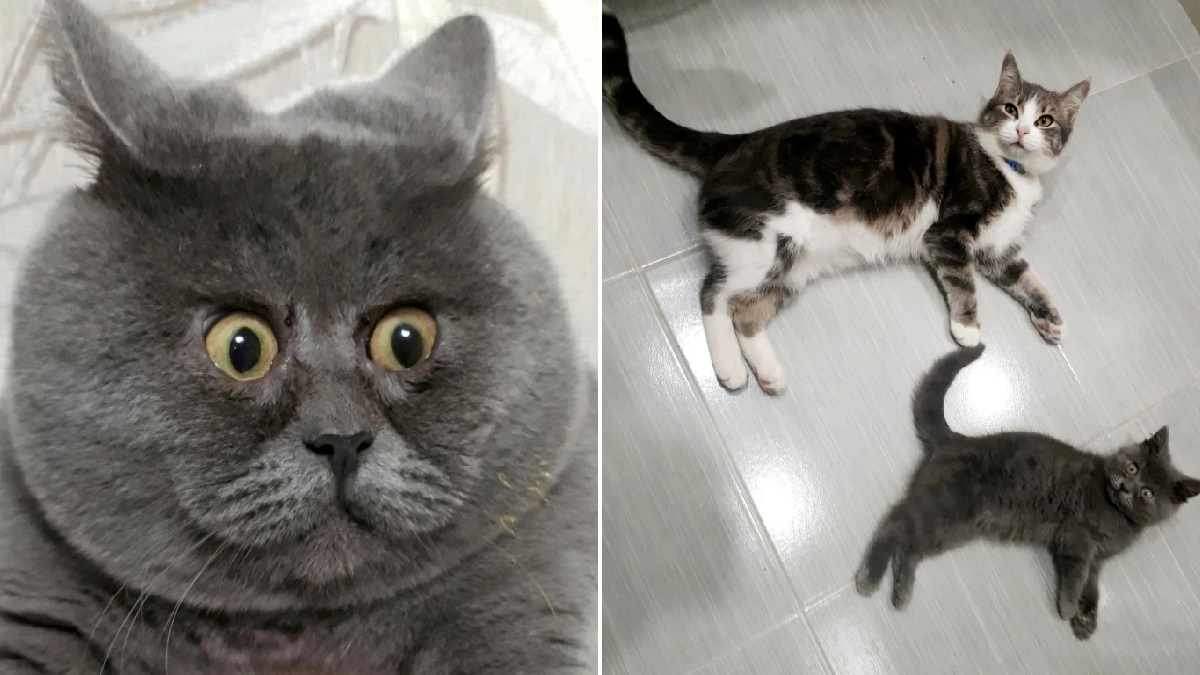 Sometimes life just takes you by surprise – but for Fedya the cat, it’s like everything comes as a shock.

The pet was born with an expression that makes him look like he is always startled.

He has lived with owner Natalia Zhdanova, 40, in Rostov, Russia since she found him as a kitten.

She was in the backyard when she spotted a weak and sickly stray who was just a few days old, with wonky legs and misaligned eyes.

The poorly kitten was saved thanks to Natalia’s neighbours pet named Handsome.

Every day, he would come to her house to help her bring Fedya back to life.

Natalia said: ‘He was very weak and was dying. Handsome cleaned and licked Fedya and became like a father figure to him.’

Over time, Fedya got stronger and is now a happy kitty, aged one year and nine months – but they never discovered the reason for his unusual appearance is still unclear.

Natalia, who makes educational books for children, added: ‘We’re not sure if it’s a genetic deformity or if he was dropped by his mum as a kitten.

‘Now he is much healthier. He is a very sweet, gentle, playful and intelligent cat. He purrs very loudly.’

After all the support Handsome offered Fedya as a kitten, the pair have an incredible bond and still play together as much as possible.

‘He is inseparable with Handsome,’ said Natalia.

‘They are the best of friends.’