Leonardo DiCaprio dressed as a 100-year-old man for Halloween

Kourtney Kardashian and Travis Barker make each other complete.

The newly engaged couple went all out for Halloween, donning multiple couples costumes that included a tribute to Tim Burton’s 1990 classic “Edward Scissorhands.”

As the titular character played by Johnny Depp in the film, Barker, 45, covered his face tattoos and wore a full leather look and black wig.

The duo posted multiple shots of their intricate costumes with the caption, “Innocence is what he knows. Beauty is what she sees.”

“The real question is: can Travis drum with scissorhands,” another person asked.

This spooky season, it seems Kourtney was curious if blondes really do have more fun, as she similarly sported platinum wigs for the couple’s other over-the-top Halloween costumes.

First, the duo dressed as Sid Vicious and Nancy Spungen; they later channeled Clarence Worley (Christian Slater) and Alabama Whitman (Patricia Arquette) from the 1993 film “True Romance,” much to the ire of Barker’s ex-wife, Shanna Moakler. 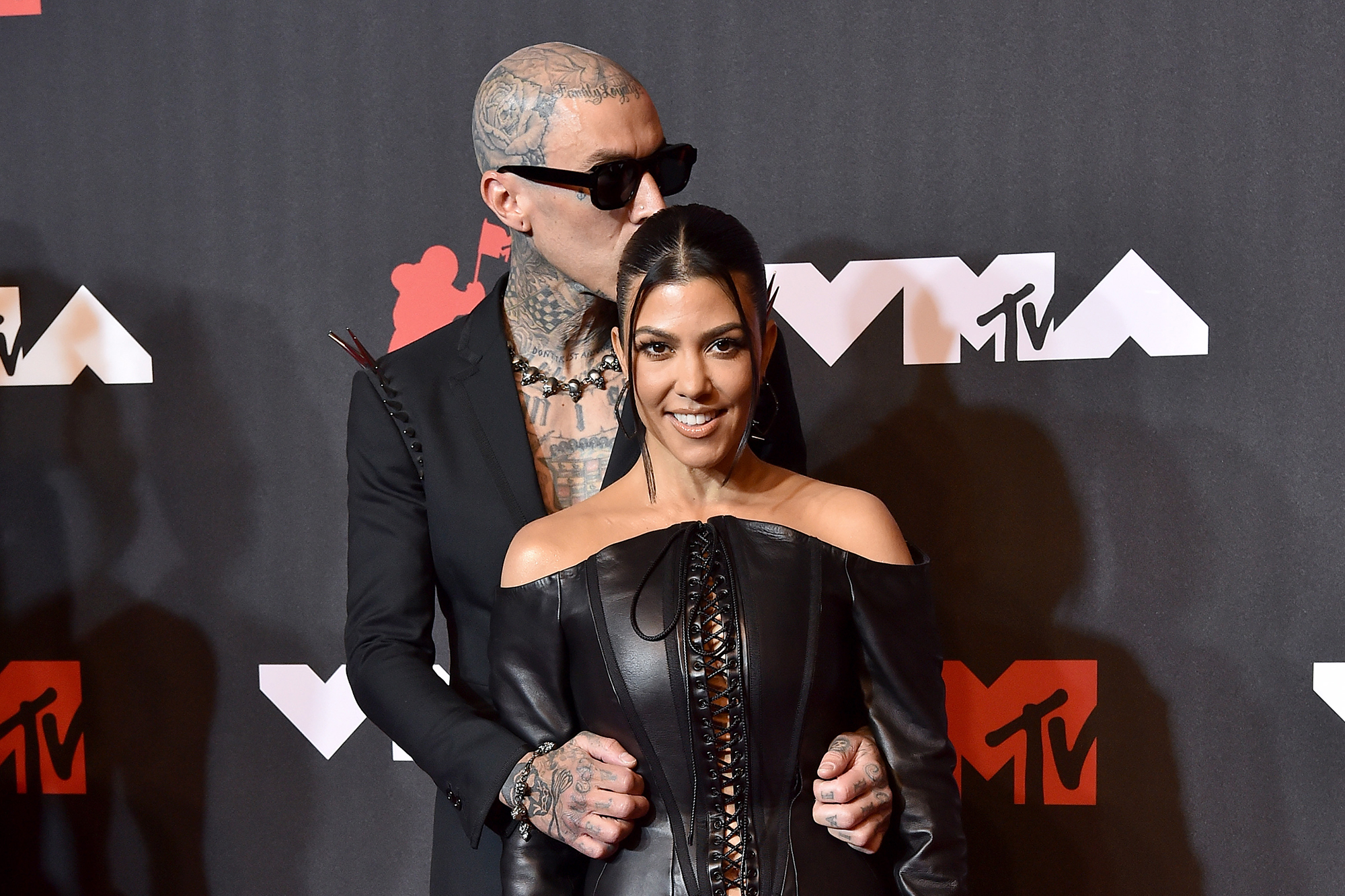