A romance for the ages! Kourtney Kardashian is even more head over heels for Travis Barker following his swoon-worthy proposal — and is “beyond ecstatic” for their next chapter.

The 42-year-old Poosh founder “believes to the bottom of her soul that she and Travis are soul mates,” a source exclusively reveals in the new issue of Us Weekly, adding that Kardashian “can’t imagine being with anyone else for the rest of her life.” 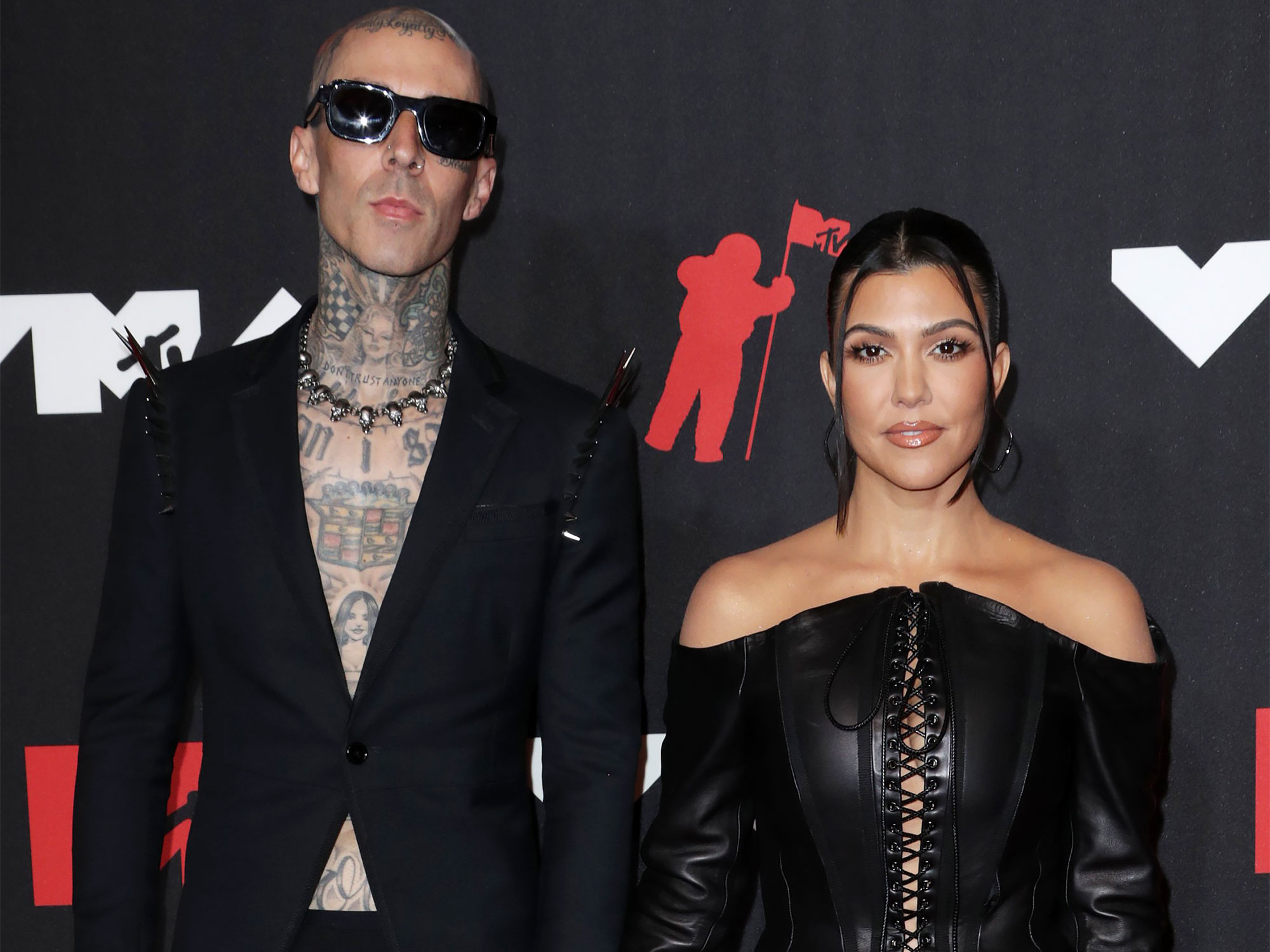 Us confirmed on Sunday, October 17, that the 45-year-old musician popped the question on the beach in Santa Barbara, California, less than one year after the pair made their relationship public in January. The duo were friends for years before things turned romantic.

“She had Travis right in front of her the whole time,” the source says. “All it took was that leap of faith and now she thanks God she made it.”

Kardashian “was crying tears of joy” when Barker got down on one knee, the insider notes, adding, “Kourtney was caught off guard when Travis proposed but she said yes instantly … The way she tells it, he totally surprised her with this magical proposal that was like a scene from a Disney movie.”

The Kardashian-Jenner Family’s Friendships With Their Exes: A Guide

The couple’s relationship has only “gotten more and more perfect” since sparks first flew — and the Grammy nominee even has the approval of his fiancée’s famous family.

“They see how he treats Kourtney like a princess,” the insider tells Us. “Plus, she’s just crazy about him and that’s what matters. … This is already such an exciting time for the family and the wedding is going to be huge.”

Barker was previously married to Shanna Moakler from 2004 to 2008 and the exes share son Landon, 18, and daughter Alabama, 15. The former Keeping Up With the Kardashians star, for her part, has three children — Mason, 11, Penelope, 9, and Reign, 6 — with ex Scott Disick. The pair dated on and off for nine years before splitting for good in 2015.

Amid her ups and downs with Disick, 37, the California native had frequently expressed her doubts about marriage. In March 2020, however, Kardashian appeared to be coming around to the idea of walking down the aisle.

“I feel like I’m really content, but I think if it was the right situation, I think it’s something that I would want. But I don’t feel like it’s missing,” she said on E!’s In the Room, noting at the time that she would “never share a relationship publicly” the way she did with Disick. “Scott and I, for 10 years being together, our whole relationship was on the show and I felt like the toll that it took on us — you know, there were other things too, obviously — I felt like it was hard on our relationship.”

While the Blink-182 drummer wasn’t featured heavily on KUWTK, a source told Us earlier this week that his proposal was filmed for the family’s upcoming Hulu series.

For more on the newly engaged couple’s romance, watch the video above and pick up the latest issue of Us Weekly, on newsstands now.