Kylie Minogue leaving London to move back to Australia

The “queen of pop” Kylie Minogue is moving back to her homeland of Australia.

Speaking to British radio station BBC 2, Minogue confirmed the news, and said she couldn’t believe the reaction from her fans. 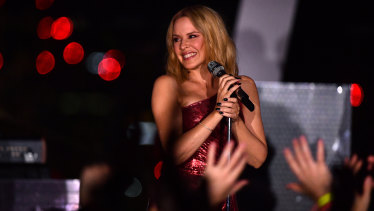 “I’ll be basing myself in Australia, but I can’t believe the reaction it’s had,” she said.

“I had friends call me; my friend at my local restaurant [called me and was] like, ‘Kylie, what do you mean? You can’t go’.

“I said I’m not really going, of course. I’ve lived here for 30 years, I’m always going to be back.

“I don’t think too much will change.”

Minogue said she spent a lot of time with her family in Australia in 2021, and “it felt really good”. “I’ve been talking about that for a while,” she said. “But don’t worry, I will not be a stranger.”

On her birthday in May this year, Minogue called into ABC Radio Melbourne’s The Friday Revue program after hearing listeners call in to talk about their stories of close encounters with the star.

It left hosts Jacinta Parsons and Brian Nankervis gobsmacked, and at the time, Minogue was in lockdown in Australia spending time with family.

Minogue is spruiking the bumper edition of her latest album, Disco, which she worked on while in Australia. It features three new tracks.