Labor would introduce ‘scambuster’ minister to crack down on shonks, online fraud

A minister for “scambusting” would lead the fight to stop Australians being ripped off billions of dollars each year if Labor wins the next federal election.

The scambuster minister would work to protect Australian consumers and small businesses, in particular, by setting up a National Anti-Scam Centre that would bring together banks, law enforcement, telcos, the regulator and technology companies to share information and shut down scammers more quickly. 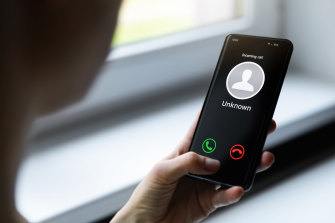 Scams are estimated to have cost Australians $33 billion last year.Credit:iStock

The National Cyber Security Centre estimates that online scams cost Australians up to $33 billion in 2020, and the number of Australians being targeted is rising rapidly.

These scams can include fake parcel deliveries, sham crypto-currency and investments schemes and false invoicing that targets small businesses.

Global money transfer company Western Union estimates that Australia is among the top five countries in the world for being scammed, a figure it calculated by the total dollar value of people defrauded.

Labor’s shadow minister for financial services, Stephen Jones, would likely take on the scambusting portfolio – an idea floated on British political satire The Thick of It – if the party wins the next election, which is due by May 2022.

He said there was an urgent need for a minister to tackle the issue because of the broad impact on households and businesses.

“We need a comprehensive strategy to tackle this – $33 billion last year was lost through scams and online fraud and we just don’t have a strategy. We need a champion of this inside government,” he said.

“We know if someone has been scammed once there is a high chance they will get scammed again.”

In addition to setting up a National Anti-Scam Centre, Labor would also double the funding available for ID recovery services, work through national cabinet to ensure government agencies co-ordinate better in recovering licences and passports and look to impose tougher penalties for people who perpetrate frauds. 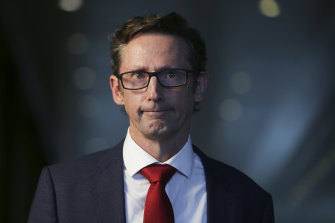 Labor’s Stephen Jones would like to be the minister for scambusting if the ALP wins the next election.Credit:Alex Ellinghausen

New polling conducted for the Customer Owned Banking Association by Essential Media found that eight in 10 Australians reported being approached by a cyber criminal in the past two years.

And one in four of those people said they did what was asked of them, such as clicking on a link about a missing delivery, or sending money or goods or providing personal information.

The polling surveyed 1094 people and was conducted for the association – which represents 60 credit unions, building societies and mutual banks – ahead of the competition regulator’s annual Scam Awareness Week, which begins on Monday.

“This can have devastating consequences for ordinary Australians, eroding hard-earned savings and derailing financial plans,” he said.