Lana Del Rey’s Relationship History Is So, So Random

Lana Del Rey may love singing about relationships and breakups, but she’s not a big fan of talking about her own. Though it’s pretty mysterious, Lana Del Rey’s dating history reportedly includes a few short-lived hookups, a few long-term romances, some famous faces, and not one, but two engagements. In December 2020, a source for People reportedly claimed the singer is engaged to her latest rumored lover, and though she has yet to confirm the rumors herself, fans are still eager for details about the maybe-relationship (as well as Del Rey’s other rumored relationships over the years).

She may keep her love life private, but according to Del Rey, she’s all about big, dramatic romances. "…when that’s your prerogative, things don’t end in a traditional way," she told Rolling Stone in July 2014. "You don’t have that traditional relationship where maybe you go out with couples at night, or you do normal things. It’s more of an extension of the creative process. There’s high-impact events that happen, or big adventures, or big fallouts. So it’s inspiring, and it’s not grounding, but it’s what I need to keep going." V on-brand. Here’s everything I know about Del Rey somewhat-secretive relationship history. 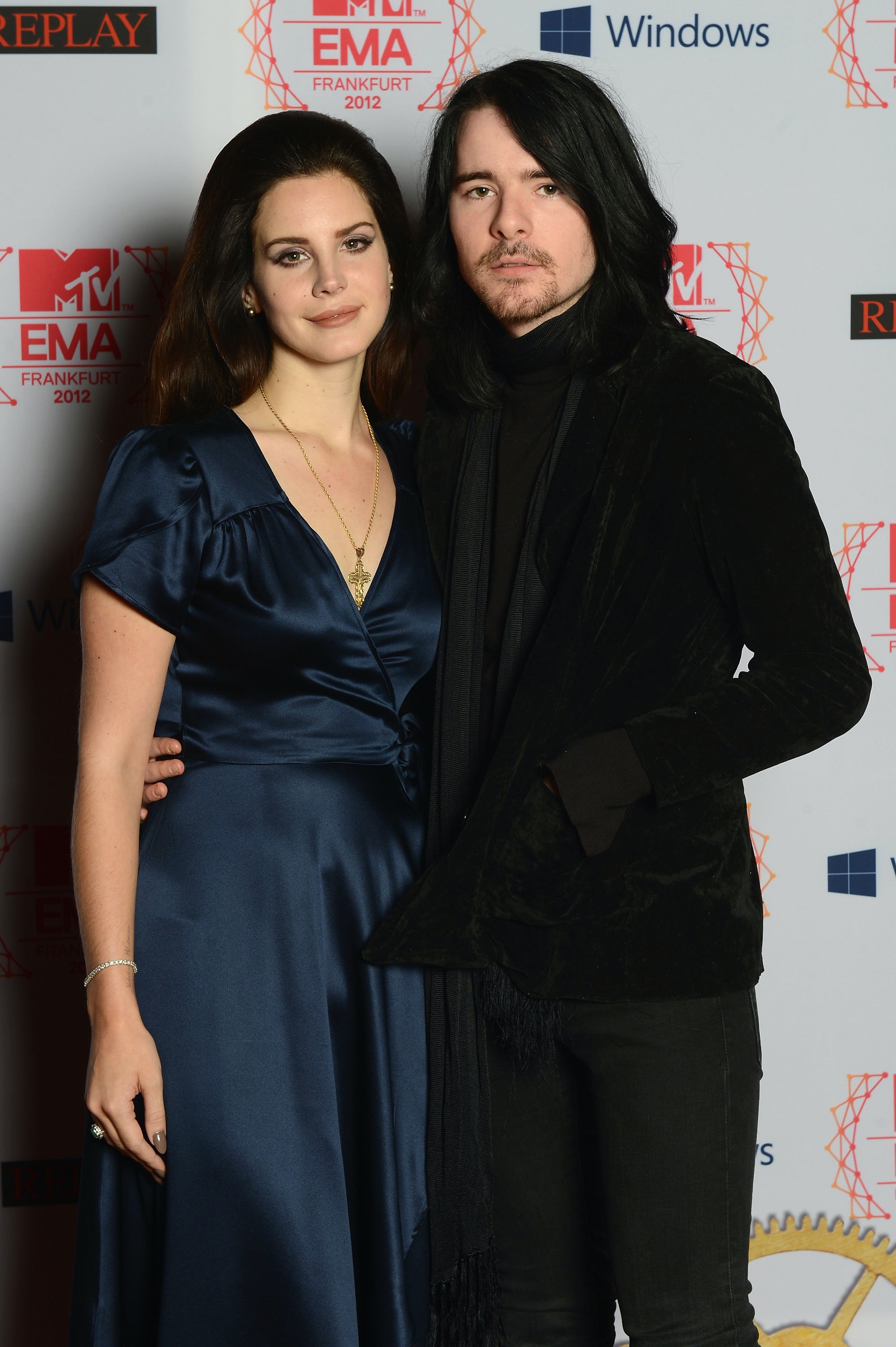 According to Us Weekly, Del Rey and Scottish singer Barrie-James O’Neill reportedly got engaged in summer 2013 after two years of dating, but in June 2014, Del Rey revealed she and O’Neill had broken up. "We are currently not together," she told German-language Swiss paper 20 Minten, per Us Weekly. "He is a wonderful person. But there are some things he has to deal with." Little else is known about their mysterious romance. After breaking up with O’Neill, Del Rey reportedly dated Italian photographer Francesco Carrozzini on-and-off for a year and a half before a source for the New York Daily News reportedly claimed the two were over in November 2015. "They love each other, but she’s wanted to settle down for over a year now and he’s just not there yet," the insider reportedly claimed. Though Del Rey has never spoken publicly about the relationship, fans suspect her 2017 song "13 Beaches" could be about the photographer. Del Rey sparked romance rumors with G-Eazy after the two were reportedly seen kissing at Coachella in April 2017. "They were together for the entire weekend," a source for The Mirror reportedly claimed. "They barely left one another’s sides and looked very lovey-dovey." However, the romance was reportedly short-lived. Five months after their reported Coachella sighting, the two reportedly went their separate ways, per the Sunday Mirror. The rapper even reportedly replaced Del Rey on his track "Him & I" with Halsey, who he started dating soon after. Later, in 2020, G-Eazy shaded Del Rey in his song "Moana," and fans suspect her 2017 song "White Mustang" is about G-Eazy, so it doesn’t seem the split was totally amicable. 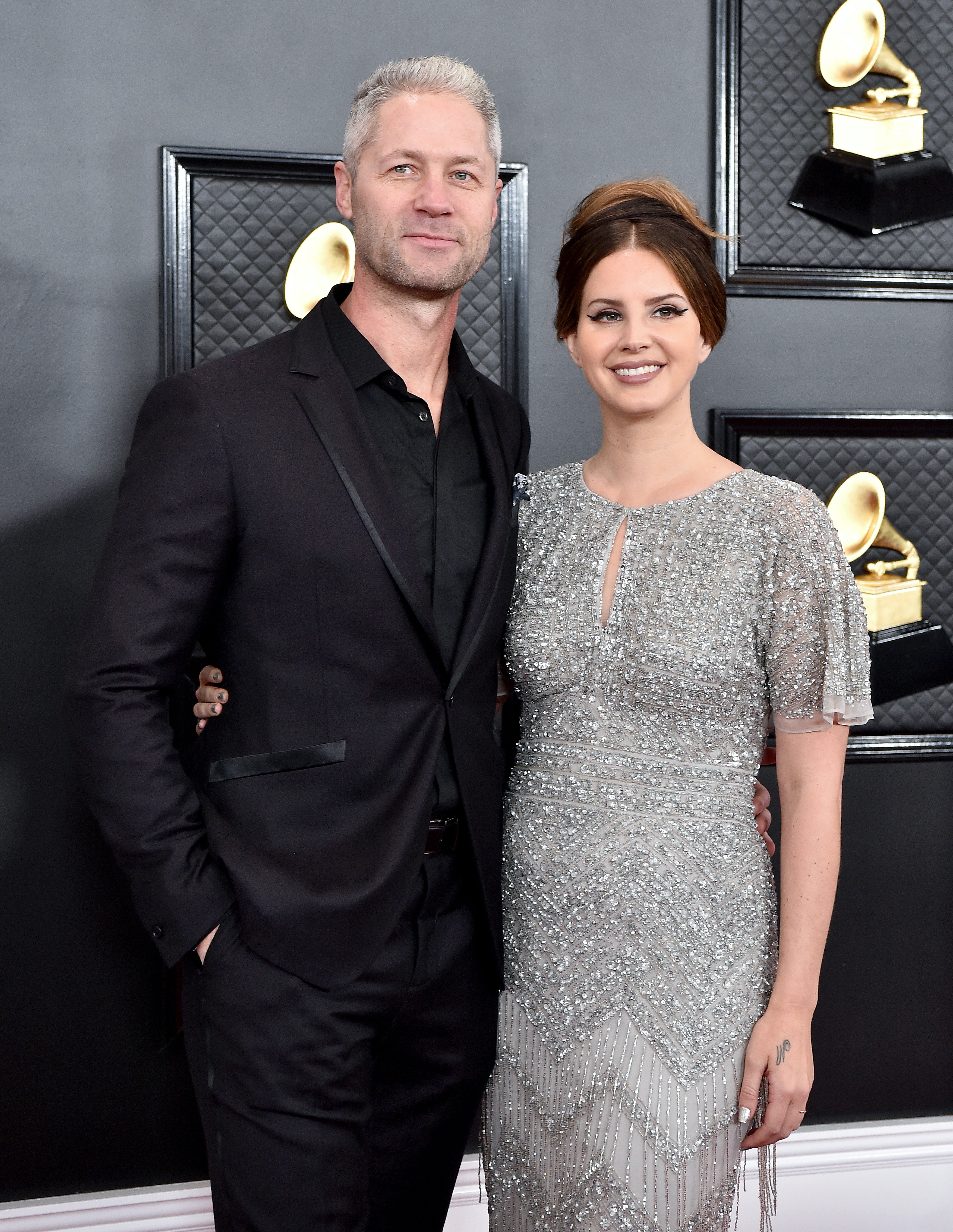 In September 2019, two years after her reported split with G-Eazy, Del Rey reportedly started dating police officer Sean "Sticks" Larkin, according to People. Not long after, Del Rey confirmed the new relationship to the Los Angeles Times. They went on to date for six months (and make a few cute red carpet appearances together) before they decided to go their separate ways. During a March 2020 New York Times interview, Larkin confirmed he and Del Rey were "just friends," adding, "We still talk and whatnot, we just have busy schedules right now."

In December 2020, fans spotted Del Rey wearing what looked like a giant rock on that finger during an appearance on The Tonight Show with Jimmy Fallon. The next day, a source for People reportedly claimed Del Rey was engaged to Clayton Johnson, her reported musician boyfriend of four months. According to People, the two reportedly met on a dating app, and in August 2020, Johnson raised eyebrows when he posted a flirty comment on one of Del Rey’s Instagram posts. Apparently, things escalated quickly from there.

Del Rey has yet to confirm whether she’s actually engaged (or even dating Johnson), so fans will just have to wait and see.