Greens senator Lidia Thorpe repeatedly questioned Home Affairs boss Mike Pezzullo about the status of a suspected member of the Rebels bikie gang who was facing deportation to New Zealand.

Thorpe took up the case of Jack Hobson, identified in court documents as an alleged member of the Rebels, with top department officials at a Senate estimates hearing in November 2021, arguing he should be released from immigration detention due to his Indigenous heritage. 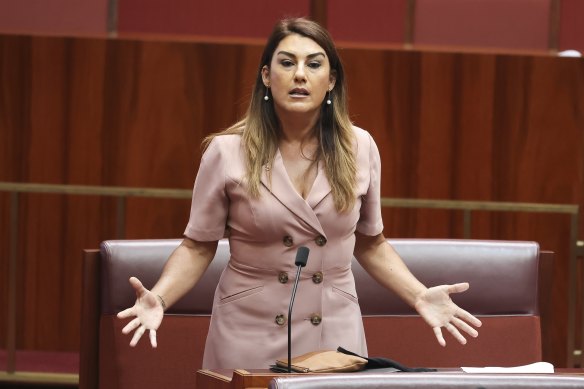 Earlier that year, two staffers to Thorpe had raised concerns with her and then with Greens leader Adam Bandt’s office that she was in an undisclosed relationship with former Rebels bikie president Dean Martin while she was a member of the joint parliamentary law enforcement committee, which receives briefings on organised crime and bikie gangs.

Martin’s brother late Shane Martin, who was the father of Richmond star Dustin, was deported to New Zealand because of his links to the Rebels and criminal history.

The revelation of Thorpe’s undisclosed relationship with Martin led to Bandt asking her to resign as deputy senate leader on Thursday, prompted Prime Minister Anthony Albanese to call for a full explanation of the matter from Bandt and for Opposition Leader Peter Dutton to call for her resignation from parliament.

“The fact that he apparently wasn’t aware of this information from Senator Thorpe, even though it was reported to his office, clearly shows that they need to change their procedures that are in place,” Albanese said.

Bandt on Thursday called her actions a “significant error of judgement” and integrity experts raised concerns about the perception of a conflict of interest for Thorpe, who said she had “briefly dated” Martin.

The law enforcement committee chair, Labor senator Helen Polley, said Thorpe should consider her future in the Senate, as she launched an inquiry into what confidential briefings the Greens senator received about motorcycle gangs and organised crime while a member of the committee during the last parliament.

Hobson was detained in February 2020 and was facing deportation under the Migration Act because, according to Federal Court documents, “the minister has identified that Mr Hobson does not pass the character test”.

That was because “the minister reasonably suspects that Mr Hobson has been or is a member of a group or organisation, or has had or has an association with a group, organisation or person that has been or is involved in criminal conduct within the meaning of s 501(6)(b) of the Migration Act”. 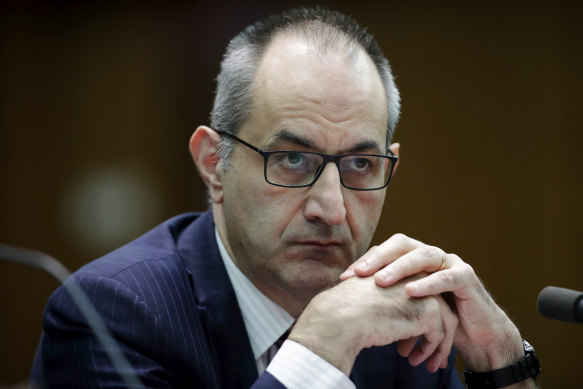 “The alleged relevant organisation is the Rebels Outlaw Motorcycle Gang.”

This was a reference to a February 2020 ruling by the High Court, known as the Love and Thoms cases, which found that Aboriginal people could not be classed as aliens and therefore deported under the Migration Act, even if they did not have Australian citizenship.

Pezzullo said that, as at August 31, 2021, there were 25 people who claimed Indigenous ancestry who were facing deportation, despite the High Court ruling, but that the strict answer to the number of Indigenous people facing detention was zero as their claims had not been assessed yet.

Thorpe then asked Pezzullo and departmental legal counsel Pip de Veau nine questions specifically about Hobson’s case, arguing that he was from the Gadigal people, had proven his connection to his people and to his elders so “why is Jack still in detention”?

During the exchange, Thorpe said she had tabled with the committee “confirmation of the Aboriginality of Mr Jack Hobson” as well as a letter from the department to Mr Hobson regarding his
Aboriginality.

It is not clear if Thorpe knew that Hobson, who lived in Melbourne, was linked to the Rebels – the same bikie gang in which Dean Martin had been president.

“Your letter, with all due respect, is asking for further information from Mr Hobson to provide, and I’m saying to you he’s got all the information that you need to set him free. Are you questioning
black organisations and are you questioning black people, particularly our elders who signed off on the Aboriginality form?” Thorpe asked the department officials.

She stressed the matter was “really important” and Hobson’s children were listening in to the estimates hearing.

“They’re listening, and their dad has been locked up for 18 months—their Aboriginal dad. There are elders listening who’ve been disrespected in this process. It’s hurt a lot of people.”

Hobson was held in immigration detention until the Federal Court issued a writ of habeas corpus in April, concluding that the suspicion Hobson was not an Aboriginal Australian “is not reasonable” and his detention was not lawful.

In a June 2022 podcast with the Guardian Australia, Hobson said he was initially knocked back while trying to obtain Australian citizenship and a few years later, in February 2020, after being detained and facing deportation to New Zealand he discovered he had Indigenous ancestry through his great great-great-grandmother.

Contacted through a third party, Hobson declined to comment.

Contacted by this masthead for comment, Senator Thorpe said she and Martin “only briefly dated in early 2021”, months before she asked questions about Hobson in November 2021.

“Jack Hobson’s case is well known throughout the First Nations community as an example of government failure. Jack Hobson also lobbied the Federal Labor party for reform, and has been an advocate for granting First Nations people citizenship rights,” she said.

“Successive governments have failed to grant First Nations people full citizenship. It was on this basis that I brought his case to light – a position consistent with Greens policy, that has since been in part supported by the federal government”.