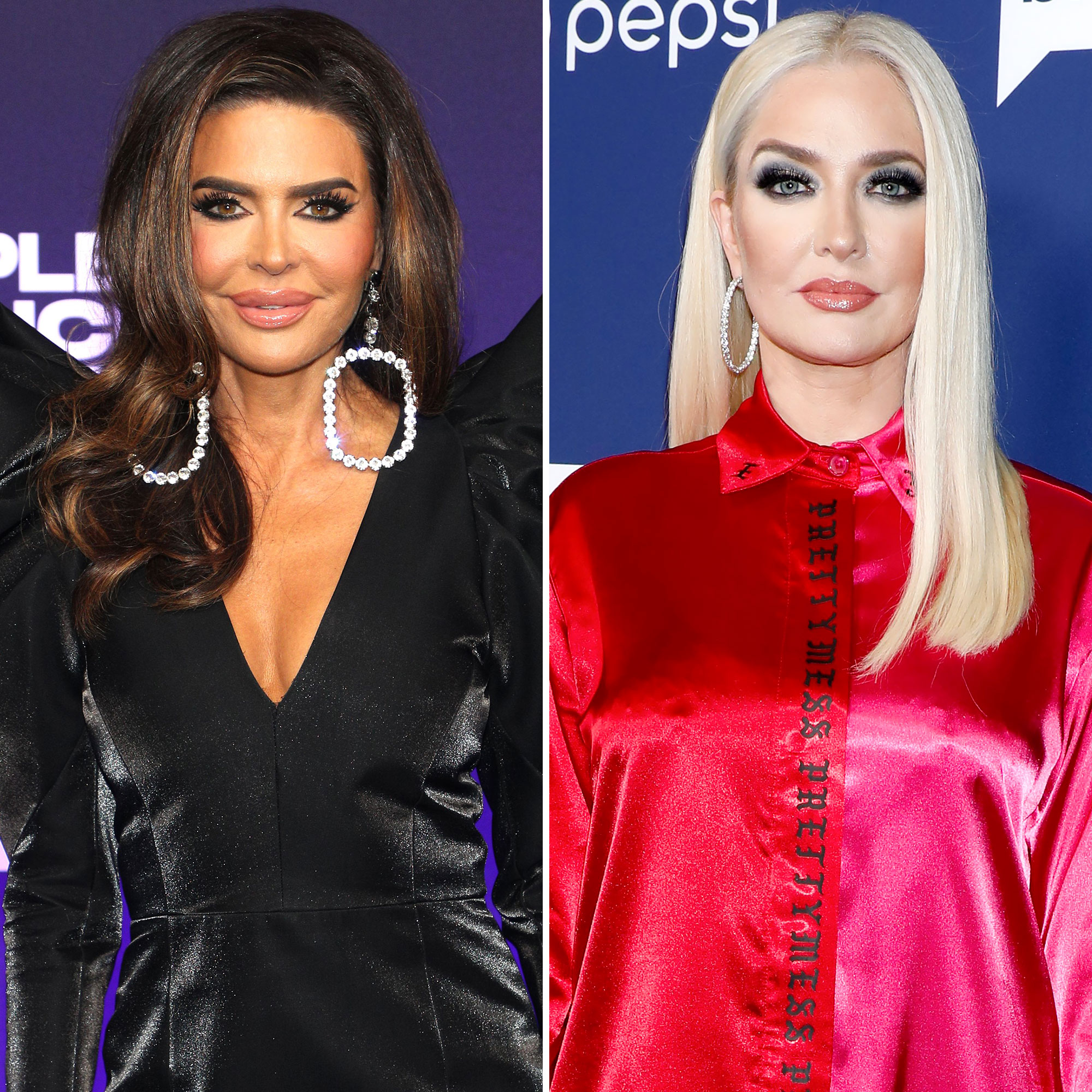 Missed the mark. Critics have accused Lisa Rinna of blackfishing after Erika Jayne shared a photo of the Real Housewives of Beverly Hills duo to Instagram.

Proof That Lisa Rinna Loves to Twin With Fellow Housewives

The pic, posted on Thursday, January 20, shows Rinna, 58, and Jayne, 50, dressed up in sequined dresses. They both posed for the shot in a full face of makeup and with voluminous strands. But fans are caught up on something other than the glam: Rinna’s abnormally tan complexion.

“Donna and Jerry ✨” the “EXPEN$IVE” singer originally captioned her Instagram post, referencing Donna Summers and Jerry Hall. The caption didn’t go over too well with fans, as many accused the Rinna Beauty founder of blackfishing, which refers to a non-Black person using photoshop, makeup or other means to make their skin or appearance look darker.

“Love the hair. Be careful with that dark makeup,” a user wrote, while another said, “A hot mess.” Someone else chimed in: “It’s giving blackface.”

Others addressed the caption directly. “If that is Donna Summers…..Rinna be hitting up the black face,” one person wrote.

Following the backlash, Jayne decided to change her caption to read: “Cher and Jerry.” Rinna made the same comparison on her own Instagram page, captioning her post, “We call her Cher.” Rinna’s complexion did not look as dark in her own post, which was photographed in her home as opposed to the photo booth at her Rinna Beauty party.

Rinna’s daughter Amelia Gray Hamlin previously dealt with blackfishing accusation in February of last year after posting a photo of herself on vacation with noticeably darker skin. After the model’s skin tone was called out, the DNA founder turned off the comments section on her Instagram post.

Hours later, she addressed the controversy. “I’m receiving a lot of comments in regards to my latest photo,” she wrote on her Instagram Story at the time. “I am being told that I am ‘black fishing’ — thank you all for educating me on this topic.”

She continued: “I recently went on vacation in the sun, and with my Italian heritage I tan very easily. There is no self tanner involved. Or intention of looking darker than my own natural skin color. I had a lot of fun creating this look with no malice intention or offense.”

Biggest ‘Real Housewives’ Feuds Ever — And Where the Relationships Stand Today

A handful of other stars have faced blackfishing controversies in recent years, including Iggy Azalea and Kim Kardashian, among others.